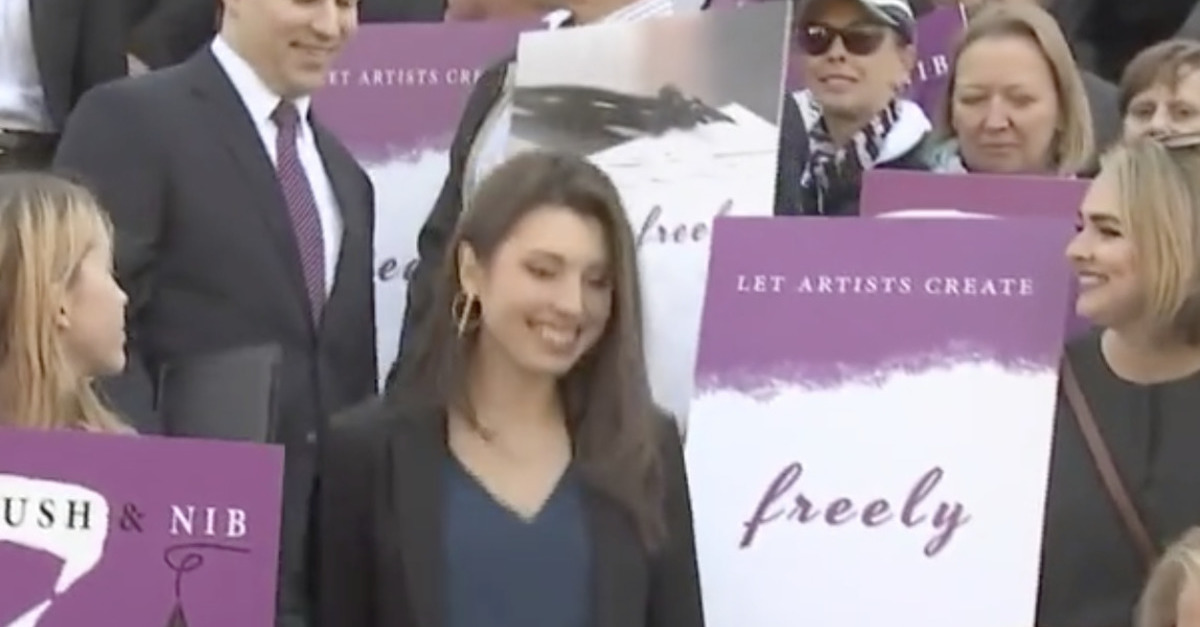 Monday, the Arizona Supreme Court decided 4 to 3 in the case of Brush & Nib v. City of Phoenix.  The decision is likely the final chapter in the story of two young entrepreneurs who channeled their shared passion for art and the Bible into a nifty little business that is determined to shun same-sex couples.

Joanna Duka and Breanna Koski, two women with no business background or experience, opened Brush & Nib Studios, LC – an online seller of custom invitations and home décor items. The company’s website describes its style as, “organic and fresh with thoughtful use of texture, subtle detail and open space.”

One detail that wasn’t so subtle, however, was the women’s pledge to, “not do anything– in either their business or personal lives, that, “violates their religious beliefs or dishonors God.”  According to Duka and Koski, it is a “biblical truth” that only a man and woman can marry. Therefore, while they’re all about sharing their creative talents with the world, they refuse to create custom products for same-sex couples.

The City of Phoenix saw this kind of anti-LGBT sentiment coming, and in 2013, amended its pubic accommodation law to prohibit discrimination in public places when it is based on sexual orientation (among other categories).  The Brush & Nib ladies, knowing that they planned to violate the Phoenix ordinance and having no plan to absorb the corresponding $2,500 fine, did some proactive legal maneuvering of their own.  They sued to enjoin the city from enforcing its ordinance against them. Brush & Nib was represented by Alliance Defending Freedom, an anti-LGBT legal organization that has been designated a hate group by the Southern Poverty Law Center.

The Arizona Supreme Court handed down 4 to 3 ruling Monday in favor of the invitation company.  In logic similar to SCOTUS’ Masterpiece Cakeshop, the Arizona court insisted that the real issue wasn’t discrimination at all – but rather free speech.

Justice Andrew Gould authored the opinion of the Court, and explained how the Arizona State Constitution guarantees even broader freedom of speech than does the U.S. Constitution. To hear Justice Gould tell it, Arizona is a veritable bastion of progressive values. Still, to keep things simple, the court would to use the regular ol’ First Amendment to answer the burning question of whether these two Etsy-types can continue to fancy themselves business women while avoiding pesky inconveniences, such as following state law.

After a lot of discussion about how wedding invitations are exactly like tattoos, the court ruled that free speech trumps everything else:

But no law, including a public accommodations law, is immune from the protections of free speech and free exercise.

Justice Gould warned that, “casting Plaintiffs’ free speech and exercise rights in such a cynical light does grave harm to a society”; therefore, because Brush & Nib’s business constituted  “speech” for legal purposes, its owners cannot be compelled to serve those against whom they are religiously opposed. No mention about societal harm resulting from homophobia-inspired spurning of those seeking to exercise their legal right to marry the person of their choosing.

The dissent, authored by Justice (Ret.) Scott Bales, amounted essentially to, “Give me a break.”  The dissenters weren’t buying Brush & Nib’s argument that the ordinance illegally forced them to create artwork with objectionable messaging. That’s likely because the business didn’t just limit its refusals to invitations. It also refused to even print things like place cards that don’t even mention the wedding couple. The dissenters seemed to understand what most of us already know: invitations tell people when and where to show up. They’re not artistic statements of purpose, no matter what fancy calligraphers would like brides-to-be to believe.

The dissenters’ position was that this isn’t about art – it’s about business. Once you’re open to the public, you cannot simply refuse to serve groups you deem unworthy. Justice Bales also pointed out that the majority’s decision is a sign of more discriminatory behavior to come:

Today’s decision is also deeply troubling because its reasoning cannot be limited to discrimination related to same-sex marriage or based on the beliefs of any one religion, but instead extends more broadly to other claims of a “right” by businesses to deny services to disfavored customers.

Justice Bales also called out Brush & Nib for one of the more outrageous aspects of this case: the timing. No same-sex couple even tried to do business with this company.

Notably, this case does not involve any specific request that Brush & Nib prepare invitations or other artwork for a same-sex wedding…

In fact, the entire litigation was hypothetical in nature. I know these gals don’t have much business experience, but someone might want to tell them that usually, we save litigation for actual disputes. How about we wait for the inbox to flood with invitation requests from gay couples before we start protesting our right to turn them down?

Courtroom win aside, Duka and Koshi are likely about to get a crash course in how the free market reacts when businesses exercise free speech in a way that excludes groups of people.

With so many talented artists in Phoenix, I have a hard time imagining what happy couple would want to patronize Brush & Nib Studio. “Sure, we’re happy so lets give our money to someone who used a right wing group and Ducey’s packed court to make other couples unhappy.” Ugh. https://t.co/ol3eFMnbYv