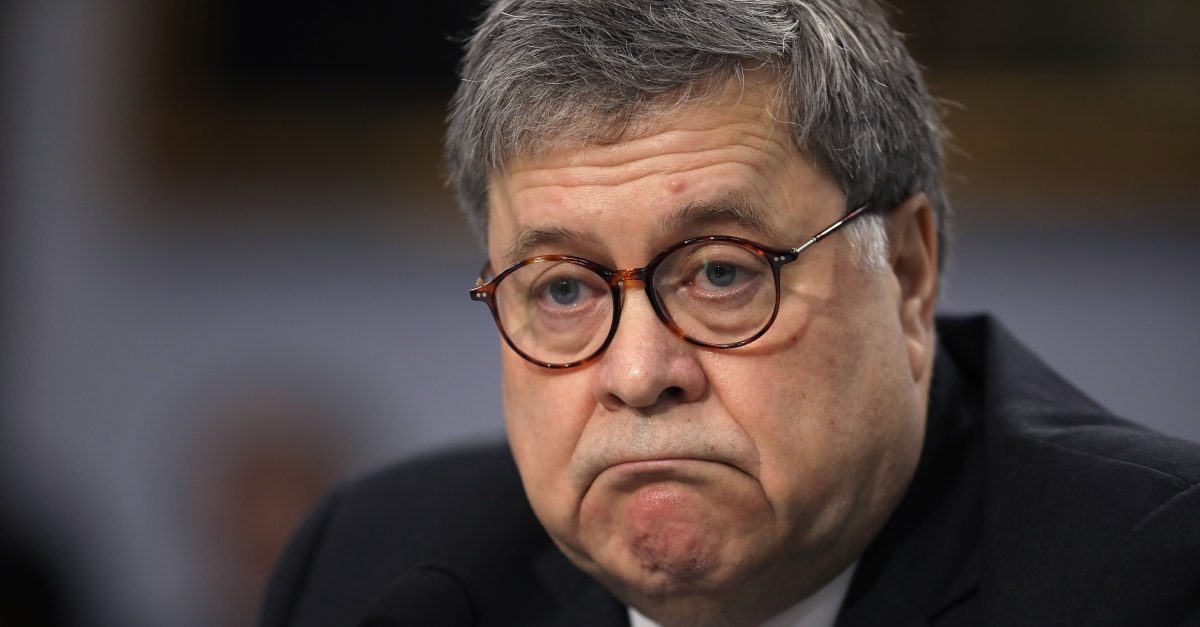 U.S. Attorney General William Barr on Wednesday issued a new set of rigorous standards that law enforcement agencies must meet before opening an investigation into politically sensitive investigations, such as elections for federal office and illegal campaign contributions.

In an internal memo reviewed by the New York Times distributed the same day President Donald Trump was acquitted by the Senate on impeachment charges, Barr made clear that no executive branch agency is permitted to open even a preliminary investigation into a presidential campaign without first notifying the Justice Department and obtaining Barr’s written approval.

“Past attorneys general have said that the department must take extra care with politically sensitive campaign-related investigations in an election year,” the Times report stated. “But Mr. Barr is the first to require that the F.B.I. consult with the Justice Department before opening politically charged investigations.”

A screenshot of the memo (“Additional Requirements for the Opening of Certain Sensitive Investigations”) laid out the specific requirements in more detail:

No investigation (including any preliminary investigation) may be opened or initiated by the [DOJ] or any of its law enforcement agencies:

The memo also prohibits investigations into the campaigns of Senate and House candidates without notification and consultation with the Assistant Attorney(s) General and U.S. Attorney(s) with jurisdiction.

As previously reported by Law&Crime, Barr announced the new protocols last month as a clear response to the Dec. 2019 DOJ Office of Inspector General (OIG) report on the FBI’s “Crossfire Hurricane” investigation into the Trump campaign’s ties to Russia.

The report revealed that the bureau committed a multitude of “fundamental errors” and basic procedural errors in FISA applications presented to the court, but ultimately determined that the investigation was opened with sufficient factual and legal justification and that there was no evidence it was politically motivated. But Inspector General Michael Horowitz did note that his office was “concerned […] that Department and FBI policies do not require that a senior Department official be notified prior to the opening of a particularly sensitive case such as this one.”

Barr, on the other hand, didn’t agree that the FBI was justified in taking the steps that it did, a point he was not shy about making publicly.

“The Inspector General’s report now makes clear that the FBI launched an intrusive investigation of a U.S. presidential campaign on the thinnest of suspicions that, in my view, were insufficient to justify the steps taken,” Barr said in a statement minutes after the “Crossfire Hurricane” report was published. “It is also clear that, from its inception, the evidence produced by the investigation was consistently exculpatory.”