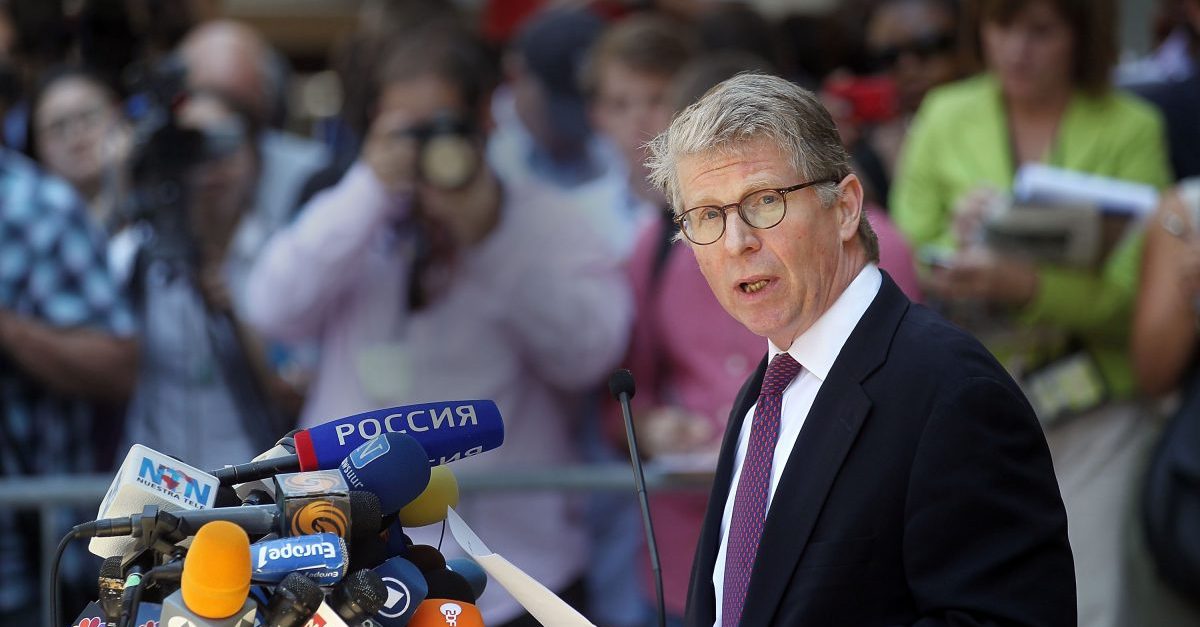 On the heels of President Donald Trump and his attorneys filing a lawsuit last week against finance firm Mazars USA and Manhattan District Attorney Cyrus Vance — notably arguing that the president is immune to criminal investigation — Vance has responded with a motion to dismiss.

Vance said Monday that Trump’s demands “rely on the remarkable proposition” that a sitting president is utterly immune from “the criminal process“; the DA said such demands “should be denied in all respects,” as the “law provides no such sweeping immunity.”

With respect to Plaintiff’s demands for emergency injunctive relief, his underlying claims also lack merit. In particular, those claims rely on the remarkable proposition that a sitting President enjoys not only a blanket immunity from criminal prosecution, but (1) that this blanket immunity also protects a president from having to respond to any routine, lawful grand jury request for information about his conduct or that of his businesses or employees before he took office; (2) that the blanket immunity also extends to any person or entity who happened to be associated with or employed by the President before he took office; and (3) that this blanket immunity also prevents any third party from providing information to the grand jury about such prior conduct or transactions involving the President or his companies or former employees. In other words, the Plaintiff’s position is that none of this conduct, unrelated to the office of the President, can be investigated while the President remains in office. For the reasons discussed below, the law provides no such sweeping immunity. The Plaintiff’s requests for emergency relief should be denied in all respects.

Trump is seeking a temporary restraining order and preliminary injunction to prevent Mazars USA from complying with the subpoenas issued by the Manhattan DA’s office.

The most recent reporting on the DA investigation indicated that authorities’ interview of incarcerated former Trump attorney Michael Cohen focused on “whether the Trump Organization violated state laws regarding the hush money payments to women,” namely Karen McDougal and Stormy Daniels.

It is notable that, per the latest filing, this investigation appears to be very much active.

Manhattan's district attorney says a subpoena for President Trump's financial records is part of an investigation that "targets New York conduct and has yet to conclude as to specific charges or defendants." https://t.co/wJhnbvy8Jv

Vance maintains that Team Trump failed to show a likelihood of success on the merits of the case, and failed to show irreparable harm. One of the headers from Vance memorandum of law spelled out the argument put forth by Trump lawyers:

Plaintiff’s Request for Injunctive Relief Must Be Denied, as He Has Failed to Show a Likelihood of Success on the Merits Based on a Claimed Presidential Immunity from Investigation That Applies Not Only To Him, But To Anyone Who Ever Worked for One of His Companies

Vance also said that Trump lawyers failed to demonstrate that “the balance of equities tips in his favor and that the injunction is in the public interest.”

According to the New York Times, Vance’s office is looking into whether state laws were broken in the Trump/Trump Organization reimbursement of Cohen for facilitating these hush payments:

In particular, the state prosecutors are examining whether the company falsely accounted for the reimbursements as a legal expense. In New York, filing a false business record can be a crime.

But it becomes a felony only if prosecutors can prove that the false filing was made to commit or conceal another crime, such as tax violations or bank fraud. The tax returns and other documents sought from Mazars could shed light on whether any state laws were broken. Such subpoenas also routinely request related documents in connection with the returns.

In response to the subpoenas, Trump attorneys sued Vance in his official capacity on behalf of Trump in his private capacity as a citizen; they also sued Mazars USA.

You can read the latest filing in full below.

Manhattan DA responds to Trump lawsuit by Law&Crime on Scribd