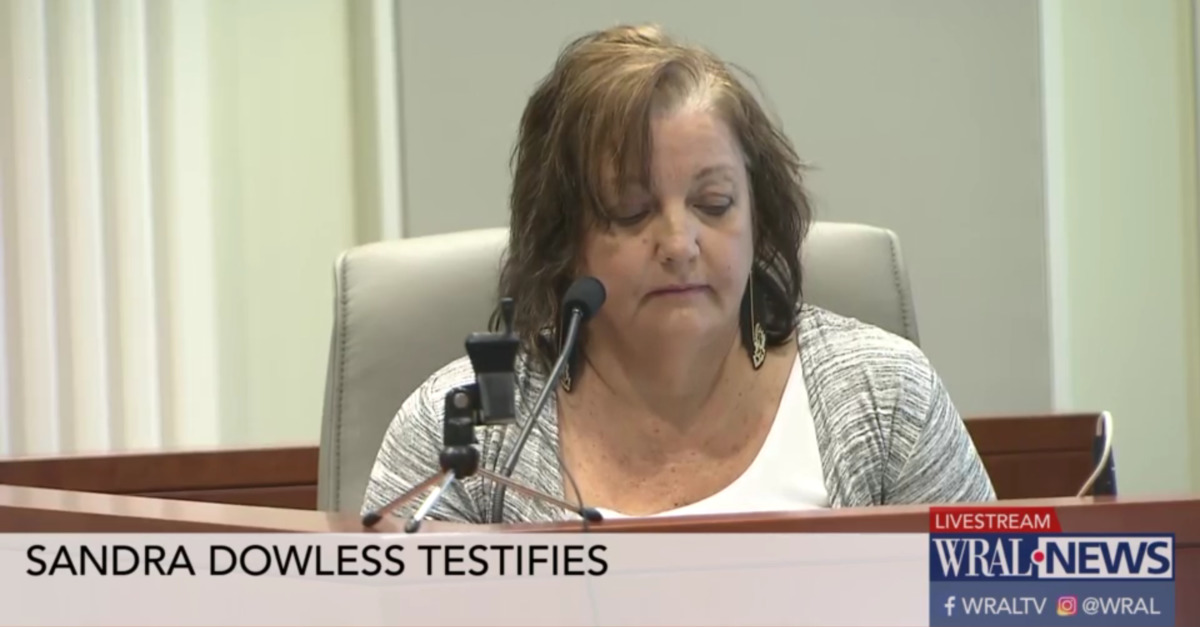 On election night in 2018, controversial Republican pastor Mark Harris appeared to have won the race for North Carolina’s 9th Congressional District by 905 votes. Harris’ Democratic rival Dan McCready initially conceded the race–but then something interesting happened at the local level.

One of the counties included in the district refused to certify election night tallies over allegations of GOP-engineered electoral fraud; another county’s vote totals were later de-certified. The controversy soon commanded national attention; its many twists and turns steadily unraveling what non-partisan elections experts and the North Carolina State Board of Elections (NCSBE) have termed a substantial absentee ballot fraud scheme intended to help Harris and other Republican candidates in the 9th District.

Throughout the fraud-tinged fracas, Harris has maintained that he had no knowledge whatsoever of any such orchestrated effort by McCrae Dowless to steal the election on his behalf. In a December video, the GOP candidate said he was “absolutely unaware of any wrongdoing.” Harris later noted that he was in frequent contact with Dowless during the campaign but again reiterated his claim that he was kept in the dark about Dowless’ efforts.

New information may contradict that claim.

During a Monday evidentiary hearing held by the NCSBE, witness Sandra Dowless told investigators that she overheard a phone call her ex-husband McCrae and Harris had on a speakerphone sometime before Sept. 2018. Sandra Dowless was previously married to Dowless during the early 1990s and was staying in his home for a few months last year in order to recuperate from a surgery. She’s also the mother of admitted absentee ballot fraudster and Dowless employee Lisa Britt.

RELATED: Lisa Britt Admits to Filling in Republican Votes on Absentee Ballots, Claims She Was Told to Lie

During that phone call, McCrae Dowless allegedly told Harris that he was decisively beating his Democratic opponent.

“I want you to know that you’re way in the lead [and] things are looking good here,” Dowless allegedly told Harris.

The Republican candidate responded favorably to the news, but then asked Dowless how he knew that information, according to Sandra Dowless’ testimony.

“I went to the election board and could see how many ballots or who had turned their ballots in,” Dowless allegedly replied.

This admission, according to Sandra Dowless, was initially met with a few moments of silence before Harris asked his absentee ballot guru if what he’d done was illegal. McCrae Dowless then allegedly told Harris that he would never do anything illegal and that all of the information he had accessed was a matter of public record.

Sandra Dowless then went on to detail another overheard conversation in which her ex-husband allegedly discussed picking up “unsealed ballots” with a person named Jeff Smith. Sandra Dowless says that she expressed concern that such an effort was against the law and that she wouldn’t want his team picking up her own ballot.

An attorney for Harris later circled back to the Harris-Dowless phone call and attempted to have Sandra Dowless state that the source of her ex-husband’s data was partisan in nature–a breakdown of how many Democrats and Republicans had voted. This wasn’t actually what she had testified to, however, and an attorney for McCready immediately pointed this out.

“You don’t know what data sheet that is, correct?” attorney Marc Elias asked the witness.

“No, I didn’t,” Sandra Dowless confirmed.

“So, you don’t know whether that’s public data or confidential data?” Elias pressed on.

“No. He said it was public–but I don’t know,” Dowless replied.

After a brief question from the NCSBE as to why this extended inquiry was necessary, Elias rephrased his question and asked how McCrae Dowless categorized the data himself.

“He just said that he knew by the names how they voted,” Dowless clarified. “He just says, ‘I know how the people vote.'”

Law&Crime reached out to the North Carolina GOP for comment, but no response was forthcoming at the time of publication.