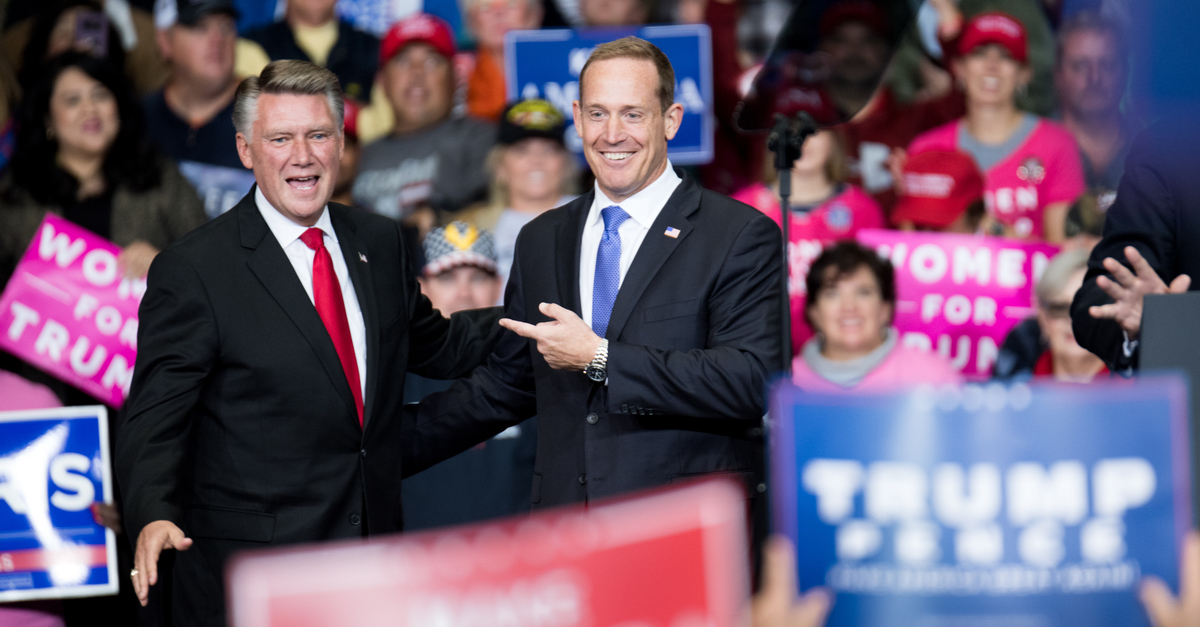 Bi-partisan officials in North Carolina refuse to certify election results for a hotly contested U.S. congressional district after discovering what was alleged to be a coordinated effort by Republican Party staff to disenfranchise Democratic Party voters by intentionally destroying and altering their absentee ballots.

Neera Tanden is the president of the Center for American Progress, a left-leaning think tank. Tanden tweeted about the national media’s apparent lack of interest in the story on Saturday morning:

It seems a Republican campaign went to the houses of older Democrats, claimed to be officials, took their absentee ballots and got rid of them. The Republican “won” by 900 votes. It’s 2018. Every major newspaper should be on that story.

Among the allegations is that an individual who worked for the Harris campaign coordinated an effort to collect and fill in, or discard, the ballots of Democratic voters who might have otherwise voted for McCready. Several of the affidavits come from elderly African American voters. It is illegal to take someone else’s ballot, whether to turn it in or discard it.

The allegations are shocking and, if true, would constitute some of the most egregious election fraud in recent memory. Earlier this week, North Carolina’s State Board of Elections and Ethics Reform decided against certifying the results in the 9th district congressional race between Republican Mark Harris and Democrat Dan McCready, according to the Charlotte Observer.

Unofficial election returns showed an extremely narrow–905 vote–victory for Harris. But in the weeks since the 2018 midterm elections, several allegations of impropriety and documented irregularities have caused county canvassing boards to decline certifying those results–leading the state election board to their similar decision.

At the center of the allegations is Harris campaign contractor McCrae Dowless. The GOP candidate’s top consultant has, in turn, denied everything. Dowless is alleged to have organized an illegal effort which collected several hundred–if not several thousand–absentee ballots from McCready-inclined voters.

Under North Carolina law, it’s unlawful for political campaign workers to collect absentee ballots from voters whatsoever. Here, myriad allegations from voters suggest a coordinated effort by the Harris campaign to not only collect those ballots in violation of the law, but to disenfranchise Democratic Party voters in three separate ways after the fact.

After apparently being requested by Harris campaign staff, those unlawfully collected ballots were then allegedly: (1) filled in for Harris if they were collected without a vote in the congressional race; (2) switched to Harris if a voter had previously selected McCready; or (3) were simply discarded altogether–according to multiple affidavits by elderly and largely African-American voters in the counties of Robeson and Bladen.

The Observer noted how this apparent scheme appeared to affect the unofficial election results:

According to Catawba College political scientist Michael Bitzer, this would mean that “each and every one of those unaffiliated voters [in Bladen County]” voted for Harris. Such a result, Bitzer notes, would be “astonishing” but is exceedingly unlikely absent “something else.”

State election board member Joshua Malcolm described the apparent anti-democracy efforts as “unfortunate activities.” The nine-member body–comprised of four Republicans, four Democrats and one non-partisan member–previously voted 9-0 against certifying the 9th district’s results. On Friday, the board voted 7-2 in favor of decertifying county-level election results affecting two separate races in the 9th district and determined that a hearing would be held on the matter by Dec. 21.

Later on Friday, the Associated Press withdrew their projection that Harris would take the seat. Republicans have predictably called foul on the state election board for refusing to certify the election night results–arguing that the reported number of absentee votes wouldn’t have been enough to swing the election even if there was fraud.

Non-partisan observers have mostly dismissed this line of thinking.

National elections expert Dave Wasserman noted that the “fraudulent pro-GOP absentee ballot mill” in Bladen County wouldn’t likely have provided enough fraud for Harris to steal the election from McCready, but said that evidence of such allegations “looks awfully strong.” Wasserman later amended his analysis to note that if the alleged absentee ballot mill operation also extended to nearby Robeson County, however, then the apparent fraud efforts likely did swing the race for the Republican.

Focusing only on the recorded votes does not accurately portray the scope of the election fraud. The allegations also involve Harris supporters receiving mail ballots from voters and destroying those that had votes for his opponents (primary and general).

Harris, for his part, wants the elections board to hurry up and endorse his election night victory. The GOP incumbent appears to be taking the line that while fraud on his behalf may have occurred, such fraud didn’t really help him win.

“Make no mistake, I support any efforts to investigate allegations of irregularities and/or voter fraud, as long as it is fair and focuses on all political parties,” Harris said in a Friday statement to the press. “But to date, there is absolutely no public evidence that there are enough ballots in question to affect the outcome of this race. Accordingly, the Board should act immediately to certify the race while continuing to conduct their investigation. Anything else is a disservice to the people of the Ninth District.”

The possibility of a new election has been raised.

All 3 North Carolina congressional Dems issued a statement on the delayed certification of the #NC09 results: "… the Board should consider all available remedies, up to and including the conduct of a new election, to guarantee a lawful election outcome.”#ncpol @NCCapTonight pic.twitter.com/Lvi1cPOonR

Editor’s note: this story has been amended post-publication to change the phrase “voter fraud” to “election fraud” because campaign staff, not voters, are alleged to have violated the law.