Another legal scholar joined the ranks on Thursday of those who argued that President Donald Trump’s controversial “anarchist jurisdictions” legal memo is plainly unlawful. The memo purports to have the authority to defund particular cities that are all run by Democrats.

“Anarchy has recently beset some of our states and cities,” the memo said. “My administration will not allow federal tax dollars to fund cities that allow themselves to deteriorate into lawless zones.” The president directed the memo to U.S. Attorney General Bill Barr and Office of Management and Budget (OMB) director Russell Vought. The memo broadly allows Barr to define “anarchist jurisdictions” in a way that the attorney general “deems appropriate.” 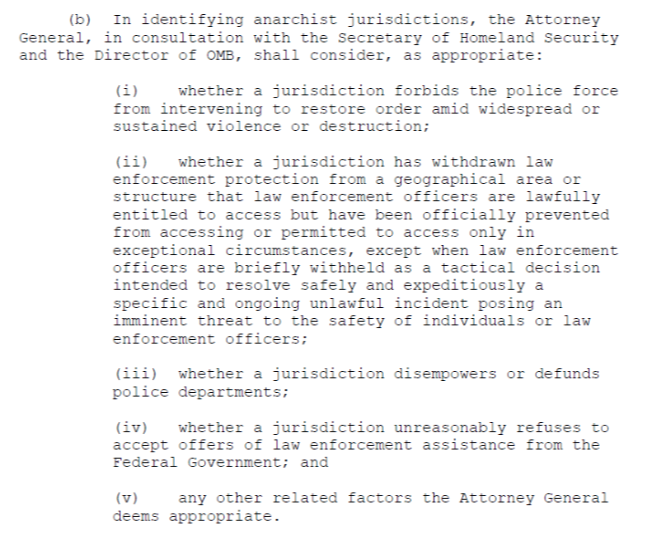 Harvard Law professor emeritus Laurence Tribe said on SiriusXM P.O.T.U.S. channel’s The Dan Abrams Show that if the Trump administration actually moves forward with the agenda and this goes to the courts Justices Brett Kavanaugh and Neil Gorsuch would ultimately rule against the president.

“You are saying, just to come back one more time on the legal side, that if this did end up in court you think it would be a no-brainer—if the president did decide to move forward to remove federal funding from certain cities that you have no doubt that would not be upheld by the courts,” Law&Crime founder Dan Abrams asked.

Tribe said that he has no doubt that this “assertion of lawless power” would be struck down by the Supreme Court, even if Justices Clarence Thomas and Samuel Alito decided to uphold the president’s authority on this issue.

“No doubt at all. Even by a court ultimately loyal to the president to some extent, but ultimately even more loyal to the law. I don’t think that Gorsuch or Kavanaugh would bring themselves to vote in favor of this remarkable assertion of lawless power,” Tribe said. “You know, maybe Alito and Thomas might, but it would be 7-2 against this president. And hopefully it would get to the Supreme Court quickly. I don’t think it’ll last that long. I think he’s simply posturing.”

“I don’t think he’s going to carry out the threat,” Tribe concluded.