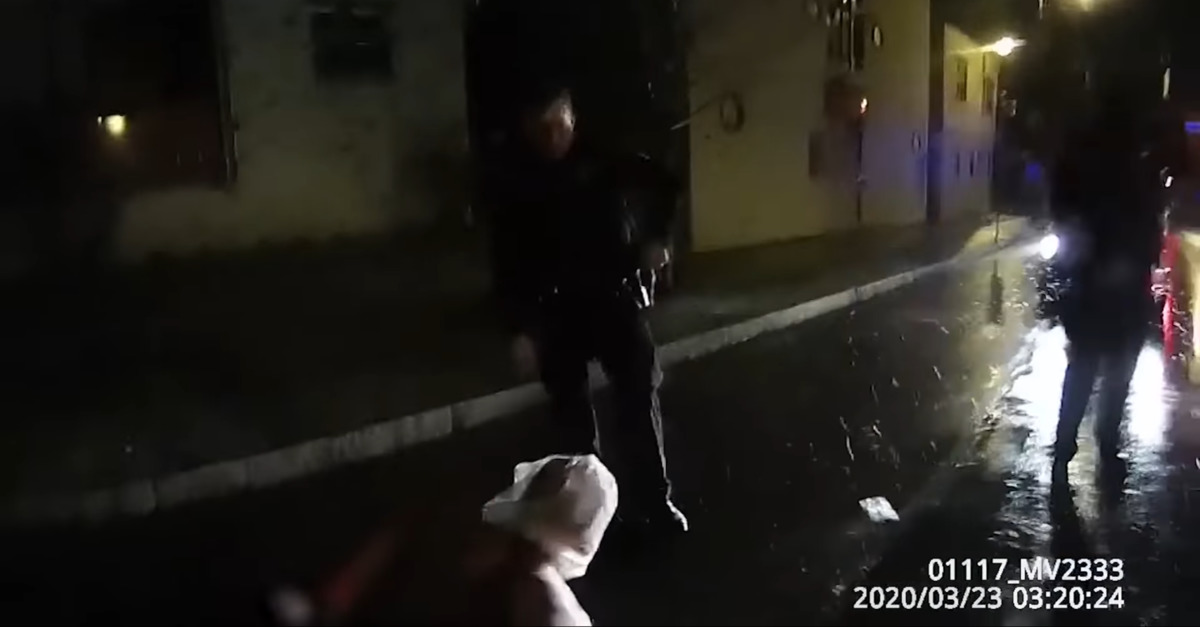 Seven members of the Rochester Police Department who are implicated in the controversial hooding and death of Daniel Prude were suspended with pay on Thursday evening.

“I am suspending the officers in question today against council’s advice, and I urge the attorney general to complete her investigation,” Rochester Mayor Lovely Warren said during a press conference. “I understand that the union may sue the city for this, they shall feel free to do so–I have been sued before.”

Prude was killed by Rochester police in March but his death was only publicized on Wednesday when his family members gave a press conference that featured a shocking video of the 41-year-old man being forced into a spit hood before he died from lack of oxygen.

In the footage, several Rochester officers can be seen placing the hood over the unarmed Black man’s head before pressing his face into the pavement for two minutes. He appeared to make one effort to stand up after being handcuffed face-down on the ground but did not seem to resist arrest. This is what occurred after Prude was found naked on a street.

Prude’s death was ruled a homicide by the Monroe County Medical Examiner’s Office which attributed his cause of death to “complications of asphyxia in the setting of physical restraint.”

Notably, the Rochester City Council was never made aware of Prude’s death. Members of the body were reportedly outraged that they only found out about the incident on Wednesday–due to media reports on the press conference held by family members of the deceased.

“We are saddened and shocked by the images and information that was shared with City Council and our community yesterday regarding the death of Daniel Prude, who died in police custody,” a letter from the council addressed to the mayor reads. “After viewing the footage and learning of the Attorney General’s investigation, we are formally requesting that the officers involved at the incident be placed on administrative leave, effective immediately and until the completion of the criminal investigation.”

Black Lives Matter protesters quickly took to the streets after news of Prude’s death broke. Police used pepper balls, they claimed, because the demonstrators were “combative.”

The council’s letter demanded clemency for those arrested:

Yesterday was an emotionally charged day, and we feel strongly that the charges filed against the protestors following yesterday’s press conference at the Public Safety Building should be dropped. Our citizens are exercising their constitutional right to peacefully protest, and we ask that the Administration and our law enforcement do everything in your power to meet these protests with respect and to de-escalate tension. We do not need any militaristic outfitting and use of pepper balls at this incredibly sensitive time for our community. Peaceful protesting is a critical part of our community grieving process.

In her Thursday remarks, Warren sided with the call to drop charges.

Activists have called for the police chief’s resignation, but the mayor stopped short of forcing his dismissal.

“I know that I must do better as a leader in this community,” Warren added. “The buck stops today with me, here, at City Hall. We must as a society, a city, a community face the truth. Institutional and structural racism led to Daniel Prude’s death.”

[image via City of Rochester/screengrab]