House Dem Introduces Impeachment Resolution Against Trump: ‘If We Don’t Check Him, He Will Continue’ 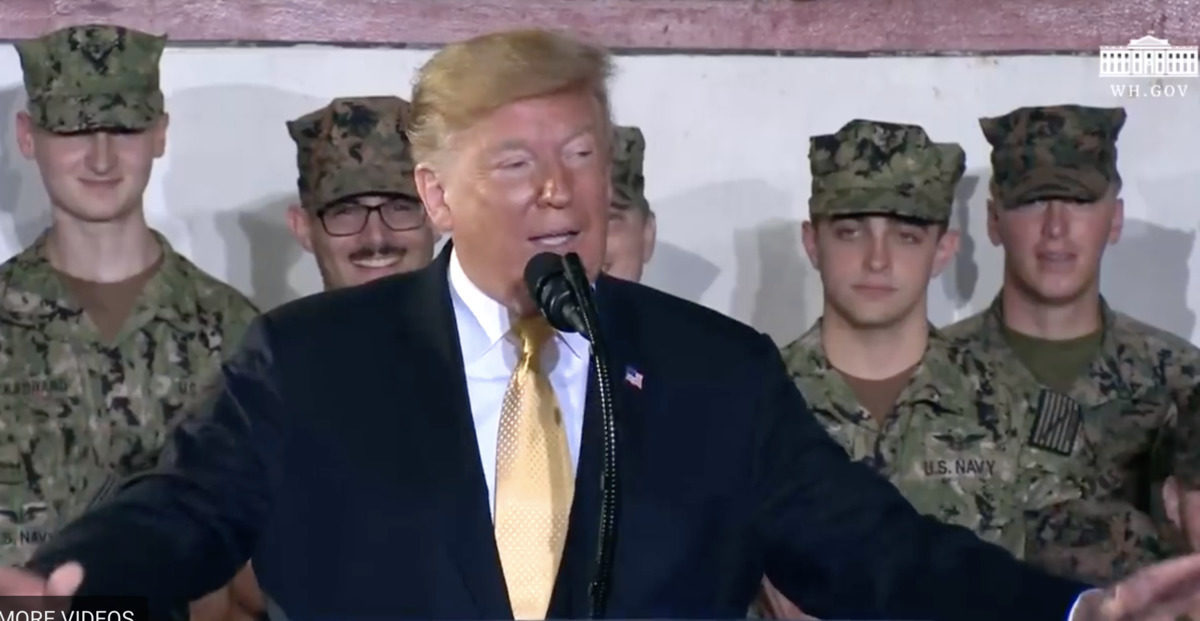 Rep. Al Green (D-Texas) said Tuesday that he planned to file articles of impeachment against President Donald Trump before the close of the business day.  Green introduced an impeachment resoultion on the House floor this evening, a few minutes before 7 p.m.

The Texas Democrat informed party leaders of his decision earlier in the day, explaining that Trump’s racist comments telling four congresswomen of color that they should “go back” to the countries where they originally came from, played a significant role in his decision.

“So interesting to see ‘Progressive’ Democrat Congresswomen, who originally came from countries whose governments are a complete and total catastrophe, the worst, most corrupt and inept anywhere in the world (if they even have a functioning government at all), now loudly and viciously telling the people of the United States, the greatest and most powerful Nation on earth, how our government is to be run. Why don’t they go back and help fix the totally broken and crime infested places from which they came,” Trump wrote in a series of tweets Sunday morning.

Following Trump’s polemic against the congresswomen, Green decided that his only choice was to force an impeachment vote in the House. Green had previously forced two House procedural votes on filed articles of impeachment in late 2017 and early 2018 when the chamber was controlled by Republicans.

In an interview with the Washington Post, Green said he simply thought “that we should not have this level of bigotry emanating from the president of the United States of America,” adding, “He is clearly making racist comments… The question becomes: what do we do about it?”

“To tolerate bigotry – racism in this case – is to perpetuate it. We should not perpetuate this kind of behavior coming from the president, and if we don’t check him, he will continue.”

However, many within the Democratic party feel that it would be more effective to impeach Trump after Robert Mueller answers questions before Congress at the end of the month, hoping the former special counsel’s testimony may sway more people to desert Trump’s camp.

But Green said Mueller’s impending testimony is unrelated to the articles of impeachment he plans to file, which he said will assert that Trump “has by his statements brought to the high office of president of the United States in contempt, ridicule, disgrace, and disrepute, and has sown discord among the people of the United States.”