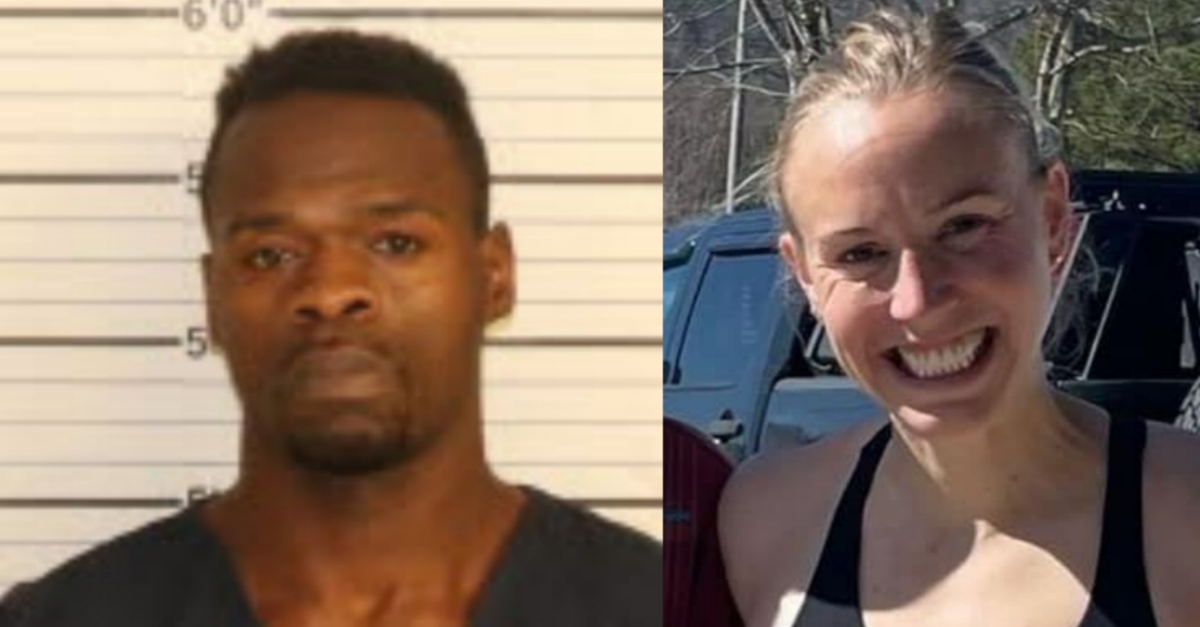 A Tennessee woman says that in 2021, she was raped by the man who would later be charged with kidnapping and killing Eliza Fletcher, and now she is suing the City of Memphis over what she describes as its negligent failure to investigate the attack.

In a lawsuit filed Tuesday, Alicia Franklin says that Cleotha Abston raped her in 2021, less than one year before he allegedly kidnapped Fletcher in the early morning hours of Sept. 2, 2022. Fletcher, 34, was out for a morning run near the University of Memphis when Abston allegedly ran up to her and forced her into an SUV. Her body was found days later.

Franklin, who has discussed the case in an interview with local NBC affiliate WMC, said that in 2021, she had communicated with a man named “Cleo” for about one month through text messages and a dating app. Franklin says they met in person on Sept. 21 at The Lakes at Ridgeway apartment complex, where “Cleo” said he was a maintenance man, for what was supposed to be their first date.

According to the complaint, “Cleo” was actually Abston, 38. He also allegedly went by the name Cleotha Henderson.

They allegedly had plans to go out for dinner, but “Cleo” drew a gun on her instead, according to Franklin’s lawsuit. He allegedly forced her into a vacant apartment, where he blindfolded her with a t-shirt and threatened to kill her.

“He walked her through the apartment and outside the back of the apartment to his car, a white Dodge [C]harger, where he forced her into the back seat and raped her,” Franklin’s complaint says.

Attempting to talk him out of it, Franklin said she was pregnant.

“‘Cleo’ was unmoved by her plea and responded with the words ‘All you bitches say that,’ or substantially similar words, indicating that he had likely raped other women,” the complaint says.

After the attack, Abston allegedly forced Franklin back into the apartment at gunpoint and ordered her not to leave until she heard his car engine revving. In her lawsuit, Franklin says she complied.

He was charged with raping Franklin almost a year after allegedly attacking her: authorities said a DNA match in the 2021 rape case finally returned a match on Sept. 5, 2022, the same day Fletcher’s body was found in a South Memphis neighborhood.

Franklin says that police did far too little to investigate her 2021 case. In her complaint, she said she took a rape kit after the incident. Police took her back to the scene of the crime, but they “took no physical evidence directly from the crime scene itself,” she said.

She said she gave police information, such as the name Abston allegedly provided (“Cleo”), his phone number, a description of his vehicle, and social media information, including the dating app. She also told them about the pregnancy comment.

Authorities already had access to Abston’s DNA from a 2001 guilty plea for kidnapping and robbing an attorney. Within “hours or days,” police gave Franklin a visual lineup that included Abston. The complaint asserted that police already had the evidence they needed to arrest him for the rape, and that they should have been well aware of his criminal history dating back to age 11, including sexual assault.

“Alicia Franklin was not able to identify her attacker based upon the photographs she was shown at that time,” the lawsuit stated. “Ms. Franklin overheard the police say something to effect of ‘maybe we need to show her a newer picture — this photo (presumably of Cleo Abston) is 10 to 12 years old.'”

But police either failed to get that picture, or they failed to tell her, the lawsuit says. According to the complaint, authorities had access to more current photographs from Abston’s time in the Tennessee prison system: he had been released from prison on the kidnapping and aggravated robbery charge in November 2020.

Officers also allegedly failed to ask the Tennessee Bureau of Investigation do a rush review of the suspect’s DNA in Franklin’s case. By comparison, Franklin’s lawsuit says, officers in the Fletcher case submitted “a sandal or DNA information from the sandals” to the TBI, requesting an expedited analysis, and in just “hours or a few days,” the TBI replied that DNA on the sandals matched Abston.

Essentially, Franklin’s complaint says, police had all the evidence they needed to stop Abston from allegedly striking again: he was already on their radar, they knew he had a lengthy record, and they should have known he was a continued danger to Franklin and the community.

“Cleotha Abston should and could have been arrested and indicted for the aggravated rape of Alicia Franklin many months earlier, most likely in the year 2021, based on all of the information set forth in the preceding paragraphs of this Complaint, and the abduction and murder of Eliza Fletcher would not have occurred,” the complaint says.

For now, local law enforcement and city officials are not commenting on Franklin’s lawsuit.

“As is standard practice, we do not talk about pending litigation,” Memphis police spokesman Officer Christopher Williams told Law&Crime in an email.

“The city does not comment on pending litigation,” city spokesperson Arlenia Cole told Law&Crime in an email.