Kyle Rittenhouse Says He’s Emboldened to File Defamation Lawsuits After Johnny Depp’s Win. Does He Have a Case? 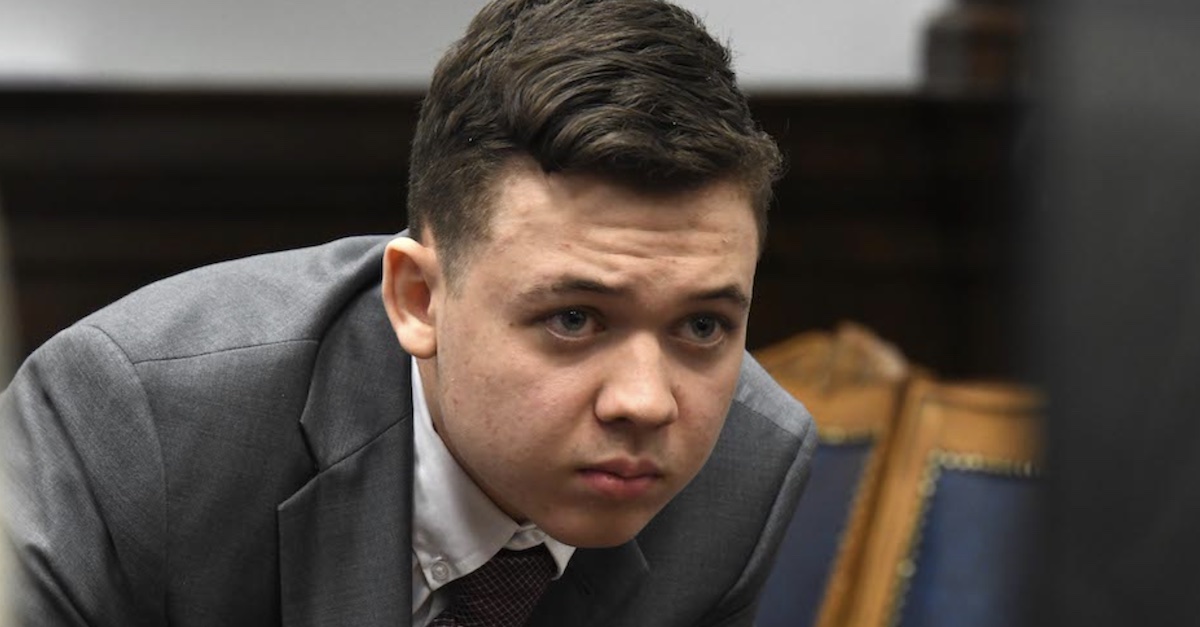 In the wake of actor Johnny Depp’s defamation win against his ex-wife Amber Heard, acquitted Kenosha, Wisconsin shooter Kyle Rittenhouse has indicated that he might move forward with long-threatened lawsuits against people who suggested he was a murderer and a white supremacist before his case went to trial.

One went so far as to tell Law&Crime that he has “zero likelihood of winning” in the court of a judge who’s following the law—because the legal and factual landscapes between the Depp and hypothetical Rittenhouse cases are vastly different.

On Aug. 25, 2020, Rittenhouse shot three people with an AR-15-style rifle, killing two, during a Black Lives Matter protest in Kenosha, Wisconsin. A jury in the Badger State later cleared Rittenhouse of murder and all other charges by determining that Rittenhouse pulled the trigger in self-defense.

Before that acquittal, however, prominent figures either said or implied that the then-17-year-old was a murderer and a white supremacist. During his presidential campaign, then-candidate Joe Biden released a video that — at least to Rittenhouse — suggested as much.

“There’s no other way to put it: the President of the United States refused to disavow white supremacists on the debate stage last night,” Biden tweeted over a video which contained audio of debate moderator Chris Wallace pressing then-President Donald Trump to disavow extremists. The footage flashes to a still frame of Rittenhouse holding a gun when Wallace says “as we saw in Kenosha.”

There’s no other way to put it: the President of the United States refused to disavow white supremacists on the debate stage last night. pic.twitter.com/Q3VZTW1vUV

Though Biden never explicitly called Rittenhouse a white supremacist in the video, fact-checkers note that the implication was clear. Johnny Depp’s case likewise hinged upon the doctrine of defamation by implication. The Washington Post editorial at issue in that case, which was largely ghostwritten by lawyers and did not mention Depp, alluded to Heard’s previous accusations of domestic violence.

Mitchell Epner, a partner at Rottenberg Lipman Rich PC, placed the odds of the Kenosha shooter’s success at next to nil if a judge is following the law.

“So Kyle Rittenhouse has zero likelihood of winning a defamation suit against people who stated publicly that he was either a murderer or a white supremacist so long as the court applies the law appropriately,” Epner told Law&Crime in a phone interview.

In multiple interviews, Rittenhouse vehemently denied associations with white supremacy, denounced people upholding those views and even said that he supports the Black Lives Matter movement. He controversially posed with men affiliated with the Proud Boys extremist group in a photograph, but he said that he did not know their affiliations. He also denied knowing that the “OK” hand gestures they make in the photograph have been described as code for “white power.”

During the trial, Rittenhouse’s lead defense lawyer Mark Richards noted that the FBI examined his client’s phone and did not discover links to extremists.

Even looking at statements rejected by courts as false, however, Rittenhouse would have to contend with another doctrine of defamation law involving “opinions based on disclosed facts.”

Under defamation law, Epner said, such disclosed facts could include the viral footage of the shooting and news coverage.

“You’re leaving it to the general public to say, ‘Oh, this is this person’s extrapolation from these disclosed facts, and that is not libelous because if somebody else would take a look at the same video and say that’s not murder,'” noted Epner, who has represented a number of media companies in film and TV. “That’s fine. Everybody’s entitled to their own opinion about what a certain video or disclosed fact means.”

Epner said that the same would be true of the “white supremacist” label.

Epner noted that the same would not be true if someone claimed to have personal knowledge to support their accusations.

During his interview on Fox News, Rittenhouse told Tucker Carlson that Whoopi Goldberg is “on the list” of celebrities he’d sue because she said “To me, it’s murder” on The View after his acquittal. But First Amendment lawyer Ken White tweeted that such a suit would be “very frivolous” because the phrase “to me” clearly couches her words as opinion.

“That is absolutely protected by the First Amendment,” tweeted White, better known by his online nom de plume Popehat. “It’s not, by any stretch of the imagination, a provably false statement of fact, as opposed to rhetoric, commentary, and opinion.”

McMurtry did not immediately respond to Law&Crime’s email requesting comment.

Sandmann’s lawsuits met with some success in confidential settlements, even if experts dispute to what extent the secret deals could be called clear wins. At least two attorneys and legal commenters previously suggested Sandmann may have garnered “nuisance” fees, the legal term for a nominal payment meant to avoid the cost of litigation.