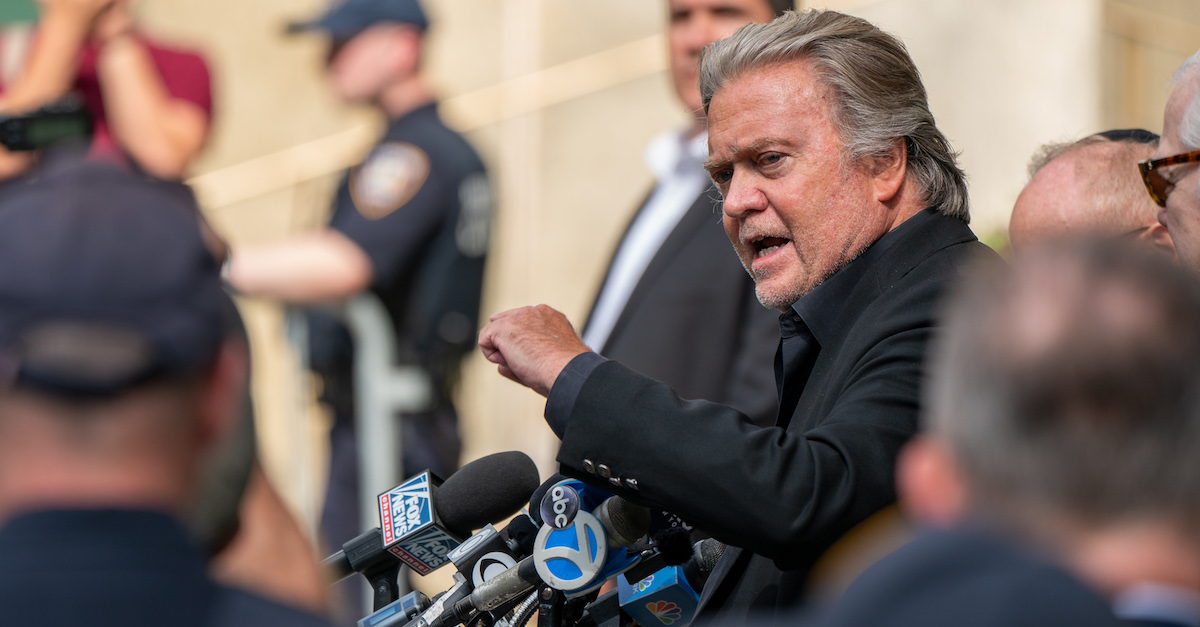 Former President Donald Trump’s ex-adviser Steve Bannon will face a trial on allegations that he defrauded donors in the charity We Build the Wall in late 2023, a Manhattan judge ruled on Tuesday.

No firm date has been scheduled for the trial, currently slated to occur on November 2023, but it will prove a long-awaited reckoning on fraud allegations that first landed in federal court more than two years ago.

On Aug. 20, 2020, federal prosecutors charged Bannon and three others will conspiring to defraud donors in the border-wall charity and laundering the money. Trump rescued Bannon from those charges with a pre-trial pardon during the twilight of his presidency.

More than two years after his first indictment in connection with the alleged scheme, Bannon would be hauled into court again — this time, in handcuffs — in a state jurisdiction in lower Manhattan.

On Sept. 8, Manhattan District Attorney Alvin Bragg (D) unveiled fraud charges against Bannon and the charity We Build the Wall. By that time, two of Bannon’s former co-defendants had pleaded guilty: Brian Kolfage and Andrew Badolato, who were not offered any clemency by Trump. The final co-defendant Timothy Shea, also not offered a pardon by the former president, decided to fight the charges. Shea’s first trial ended with a deadlocked jury, and his retrial is imminent.

Both the state and federal prosecutions allege that Bannon misled the donors of a border-wall charity into believing that every penny that they raised would go toward constructing a U.S.-Mexico barrier. Their calculations of the scale of the alleged fraud diverge: Federal prosecutors tabulated it at $25 million; the state charges put the figure at $15 million.

Federal prosecutors said that Bannon pocketed $1 million of the money, through a separate and unnamed non-profit entity, but the district attorney’s office did not make that allegation.

Bannon’s attorney David Schoen, one of Trump’s former impeachment lawyers, noted that the federal case spanned one year and nine months from indictment to trial.

Noting that he’s a private practitioner, Schoen bristled: “There’s no possible way we can review the materials in three months.” Schoen asked for 10 months before filing pre-trial motions, a time frame the judge said “isn’t within the realm of reality.”

The top count of Bannon’s latest indictment carries a maximum sentence of 5 to 15 year imprisonment, the district attorney said.

Bannon separately faces sentencing following his conviction for contempt of Congress, after a jury found he had no valid excuse for spurning the Select Committee to Investigate the Jan. 6 Attack on U.S. Capitol.