Judge Dismisses Family Law Case of Children Whose Father Was Shot, Killed on Texas Front Porch During Argument Over Custody 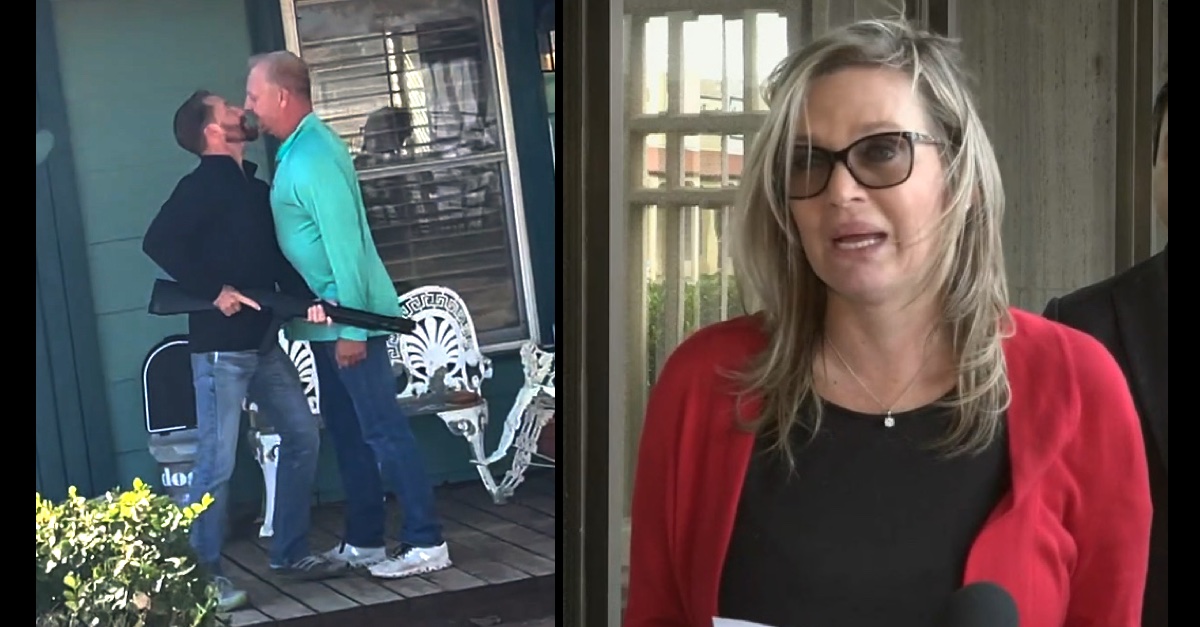 Video screengrab of Kyle Carruth and Chad Read via Matthew L. Harris; screengrab of Jennifer Read at a Dec. 9 press conference via KCBD.

The Texas divorce case that launched a fatal custody fight into the national spotlight has been dismissed.

Jennifer Read, the widow of Chad Read, had sought to intervene in the ongoing divorce and custody matter between Chad and his ex-wife Christina Read after Jennifer recorded cell phone video of Christina’s boyfriend, Kyle Carruth, appearing to shoot and kill Chad during a fight. The shooting happened during an argument over when Chad would be able to pick up a son he shared with Christina.

Jennifer Read released the video when she filed a motion to take custody of Chad and Christina’s two children following Chad’s death.

At the time, Jennifer said in an affidavit that Chad’s oldest child told Jennifer that “he blames his mother for the shooting, and that he will run away from home if he sees Kyle there again.”

Jennifer also said in the affidavit that one of Chad’s children will tell the family court judge that he wants to live with Jennifer.

Now, however, according to Jennifer’s attorney Matthew L. Harris, that family law case has been dismissed.

“Mrs. Read filed an intervention into Chad & Christina Read’s existing suit with the desire to protect the children from their exposure to their father’s killer,” Harris told Law&Crime in an email. “Unfortunately, the Court dismissed that suit, along with her Petition, without a hearing on the merits of the case. Given that dismissal, there are no child custody proceedings that are pending for Chad Read’s sons.”

Harris said that Jennifer has no way to pursue her custody effort.

“Under Texas law, one of the blood-relatives of the children would need to file suit in order to obtain custody of the children, and it pains Mrs. Read that no family member has yet stepped up to protect these children,” Harris said. “Mrs. Read is glad that other family members have joined in her civil suit against Kyle Carruth but wishes that their priorities had been to seek protection of the children first, as she did.”

During the argument, Kyle is seen going into the home and emerging with a gun. As the conflict escalated, Kyle shot into the porch near Chad’s feet. Chad then used the gun as leverage to push Kyle away from him, at which point Kyle fired two shots at Chad.

Local authorities at the time opted not to pursue criminal charges against Carruth, but after increasing public pressure, Texas Attorney General Ken Paxton confirmed in December that his office was investigating. The Lubbock District Attorney’s office recused itself from the case; Carruth’s estranged wife Ann-Marie Carruth is a district judge in Lubbock.

Jennifer Read and Chad’s mother Jinx Read have each filed wrongful death lawsuits against Kyle, who has requested that the cases be transferred to a different county.

In December, Jennifer and her attorney Tony Buzbee made a public plea for information in support of her lawsuit against Carruth.

Kyle Carruth was first identified as the shooter in a Nov. 8 filing by Ann-Marie Carruth in the couple’s divorce case.

[Video screengrab of Kyle Carruth and Chad Read via Matthew L. Harris; screengrab of Jennifer Read at a Dec. 9 press conference via KCBD]