Watch: Ashley McArthur on Trial for Allegedly Murdering P.I. Who Trusted Her

Florida woman Ashley Britt McArthur, 42, stands trial in Pensacola, Florida for first-degree murder in the death of private investigator Taylor Wright, 33. If convicted, she is expected to get an automatic life sentence without parole. You can watch court in the player above.

The defendant was sentenced in February to seven years in prison for cheating clients of her family’s business. That was unrelated to the murder allegation, but they do have something in common besides the defendant: money. Wright was in the middle of a divorce and is said to have put $34,000 in McArthur’s safe deposit box, according to court records obtained by Law&Crime. She tried to get that cash back to no avail, authorities said. Investigators claim that she met up with McArthur on September 8, 2017, to retrieve it. That was the last anyone heard from her.

Authorities say the victim’s girlfriend reported her missing the following 14th. She told cops that she and Wright had been texting back and forth until about 11:20 a.m. on the 8th. Wright stopped replying. The girlfriend called McArthur, who said that Wright couldn’t come to the phone because she was riding a horse, according to the probable cause statement. Then, at 7:58 p.m., the girlfriend got a text from Wright’s phone. The text said she needed time to think and get life on track, according to authorities.

The defendant spoke with detectives on the 18th. She claimed to have driven Wright around on the morning of the 8th until the victim asked to ride horses on a property belonging to McArthur’s family. In this story, they were there for an hour and headed back to McArthur’s home. According to the statement, she said she went inside her residence, but Wright was gone when she stepped out again later.

Investigators claim this story didn’t stand up to scrutiny. The defendant’s phone records didn’t place her at the area she claimed to be. It showed her by a property her family owned in another area, authorities said. Investigators said they checked it out and found Wright’s secret grave just west of that property. She had been covered in concrete, they said.

According to officials, McArthur’s cousin said she had contacted him on September 8, and asked if he was going to be there that day. He said that he wasn’t there because he was at a funeral.

The defendant’s bank records allegedly showed that she deposited $34,000 in her bank account the month before. It was a cashier’s check in Wright’s name. The funds had been spent, investigators said. 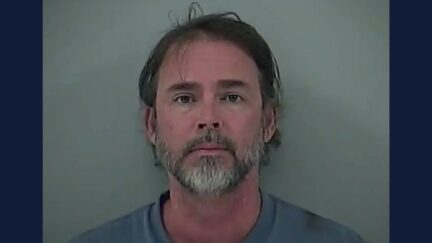