‘In 2020 We Will Win Again’: Trump Supporting Immigrant Says He Was Attacked for Wearing MAGA Hat 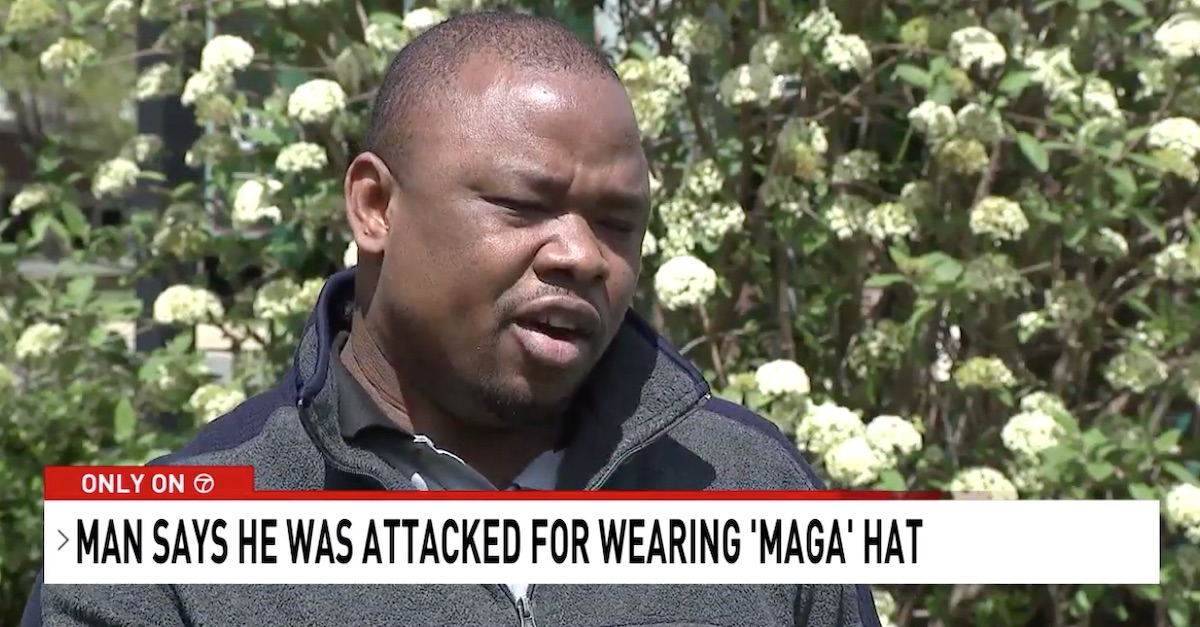 A Maryland man who describes himself as a “proud” supporter of President Donald Trump says he was attacked by men who didn’t believe a black man wearing a MAGA hat was something that should be allowed. Atsu Mable, a legal immigrant from Togo, said that he was out for a walk on Saturday when three men attempted to bully him into removing his hat before resorting to violence.

Two of the men have been identified as Jovan Crawford, 27, and Scott Roberson, 25.

“They were asking me, ‘Hey bro, why did you put that hat on?’ And I didn’t say anything, I just passed by,” Mable told WJLA. “All of a sudden, I got a punch on my head. Boom!”

“They were punching me on my head. Suddenly I thank God for that bystander that came by and called the police,” he added. Crawford and Roberson were reportedly found by police hiding in a group of children who were playing basketball. The men face serious charges of robbery, attempted theft, destruction of property, and second-degree assault — crimes punishable by up to two decades behind bars.

Mable said that he will not be intimidated into withdrawing his support for President Trump and said he believes people who want to come to America should do so legally.

“I like everything that he does. Like, I came here legally,” he said. “Why can’t all people come here legally then? I went through the right process, the proper channels and I’m here, so why can’t they do the same thing?”

Mable also said that he’s experienced abuse before for wearing his political leanings on his head, but that this is the first time he’s been physically attacked. Mable claimed that his assailants couldn’t understand how a black man could be a Republican. He also predicted that Trump will win again in 2020.

“They felt like a black man should not be wearing a Trump hat because it’s like when you are black, you have to be a Democrat,” he said. “I’ll wear it again. The movement is still going on, Trump is still in power and in 2020 we will win again.”