‘I Wish I Did!’: Trump Flat Out Says He Should Have Picked a Different Attorney General 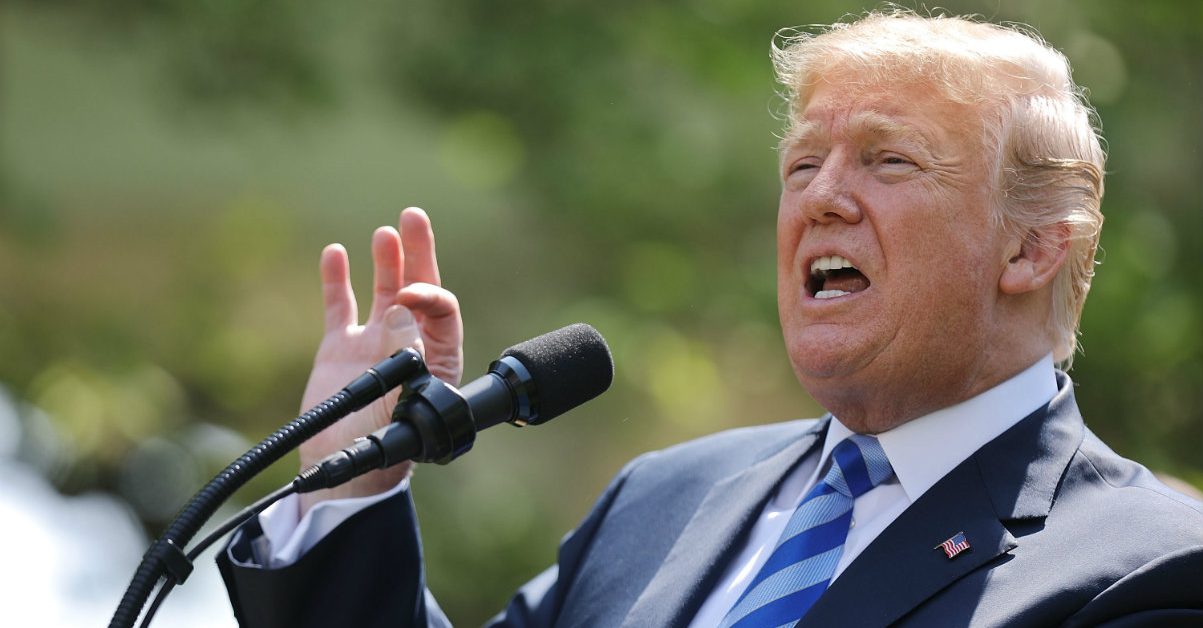 In case any of President Donald Trump‘s past expressions of frustration with Attorney General Jeff Sessions weren’t convincing enough, Wednesday morning the president made it very clear in no uncertain terms: he regrets picking Sessions for the AG position and thinks he should have selected someone else.

Trump began with a series of tweets quoting Rep. Trey Gowdy (R-South Carolina) regarding his take on Trump’s disappointment with Sessions’ decision to recuse himself from the Russia investigation.

“I think what the President is doing is expressing frustration that Attorney General Sessions should have shared these reasons for recusal before he took the job, not afterward,” Trump quoted Gowdy as saying. “If I were the President and I picked someone to be the country’s chief law enforcement officer, and they told me later, ‘oh by the way I’m not going to be able to participate in the most important case in the office, I would be frustrated too.”

Gowdy went on to say that there are plenty of talented attorneys out there, and Trump could have hired somebody else for the position. In response to this, Trump said, “I wish I did!”

….There are lots of really good lawyers in the country, he could have picked somebody else!” And I wish I did!

This isn’t the first time Trump has expressed this sort of sentiment. Last year he also indicated that he would have picked someone else if Sessions had told him in advance that he’d recuse himself.

Sessions made the decision to recuse himself from the Russia probe due to his desire to avoid any appearance of a conflict of interest, as he was involved with Trump’s campaign. Trump has reportedly been upset about this, because he wanted someone loyal to him to be in charge. Nevertheless, a New York Times report said Sessions submitted his resignation a year ago, but Trump did not accept it.