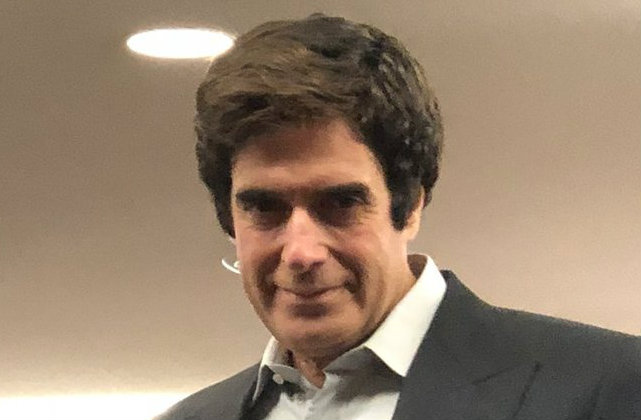 The plaintiff has been found at fault in a head injury he says he sustained at a 2013 David Copperfield show.

Copperfield jury decides alleged victim Gavin Cox was 100% at fault for the head injury he says he got while volunteering during an illusion in 2013. pic.twitter.com/w8S861L11O

Although Copperfield, and co-defendant MGM Grand Hotel and Casino were found to have been negligent, they weren’t held responsible for the accident.

British magic fan Gavin Cox said he sustained a slip and fall during a Coppperfield trick in November 12, 2013. He blamed it on the magician (born David S. Kotin) and the other defendants. The plaintiff testified that he was in Las Vegas with his wife to celebrate his birthday, and attended a Copperfield show. There, he and 12 other audience members participated in the “Lucky 13” disappearing illusion. Cox said he fell due to cement dust while they were rushing through a backstage area, and he sustained brain damage.

Jerry Popovich, a lawyer for MGM Grand Hotel and Casino, said Cox missed a step. The plaintiff didn’t fall because of negligence by Copperfield, the hotel, and others. The magician and his executive producer Chris Kenner testified that before Cox’s allegation, they weren’t aware of other people sustaining injuries during the trick. Copperfield said he routinely reviewed the backstage area to experience what audience participants would.

Plaintiff attorney Benedict Morelli attacked these claims in his closing argument on Wednesday. He pointed out that the magician testified multiple times to not remembering dates, names, and other details. Copperfield wasn’t credible, he said. Meanwhile, client Cox had a much better command of details, and his own testimony was backed up by video, an accident report, testimony by MGM security, and the fact that two ambulances were at the scene.

“This isn’t disputed,” Morelli said. He pointed out the testimony of several women who claimed to have fallen during the Lucky 13 trick. He said the defendants failed to modify the trick even after these spills. Morelli said the illusion was done in a confusing manner, with multiple turns from light to dark, and the participants not knowing where they were going in the dark, and not knowing how long it would take for them to get to their destination.