‘I Pushed It Out With My Teeth’: Model Says Trump Sexually Assaulted Her in 1997 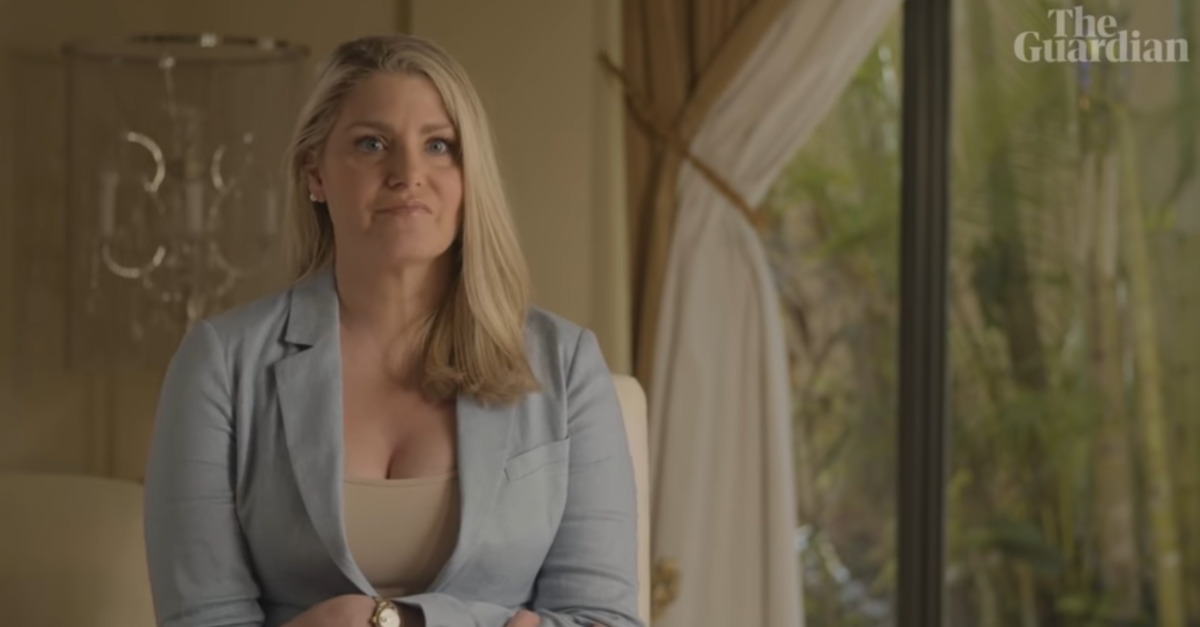 President Donald Trump was accused of sexual assault on Friday morning for at least the 19th time. A former model said she forced her assailant’s tongue out of her mouth to stop the alleged assault in 1997.

“I don’t know what you call that when you’re sticking your tongue just down someone’s throat,” Amy Dorris told The Guardian in an extended interview. “But I pushed it out with my teeth. I was pushing it. And I think I might have hurt his tongue.”

According to Dorris, the assault occurred at the U.S. Open in Queens, New York right outside the bathroom of Trump’s VIP box for the tournament. She was 24 years old at the time of the alleged incident.

“He just shoved his tongue down my throat and I was pushing him off,” Dorris said. “And then that’s when his grip became tighter and his hands were very gropey and all over my butt, my breasts, my back, everything. I was in his grip, and I couldn’t get out of it.”

The assault allegedly occurred during a few brief moments when Dorris got up to go the bathroom during a match in order to fix “some issues” with her contact lenses.

She claims that when she came out of the bathroom, Trump was waiting and engaged in a small amount of small talk talk before forcing himself on her. Dorris remembers trying to laugh it off at first by nervously saying: “No, get away.” But he allegedly continued as she said, “No, please stop.”

“It doesn’t matter who you are,” Dorris said during the interview. “Any time anyone says no, no means no. And that just didn’t work out for me. It wasn’t enough.”

“I just kind of was in shock,” she continued. “I felt violated, obviously. But I still wasn’t processing it and just was trying to go back to talking to everyone and having a good time because, I don’t know, I felt pressured to be that way.”

The Guardian says it was able to corroborate Dorris’s account “by several people she confided in about the incident,” including a New York-based friend and her mother–who were apparently confided in just after it allegedly happened. The Guardian also says that an unnamed therapist consulted by Dorris and other “friends [Dorris] spoke to in the years since” the alleged assault were later apprised of the incident and corroborated key details of the story.

Per her account, Dorris and her then-boyfriend Jason Binn spent multiple days with Trump in September 1997 before, during and after the world famous tennis competition. Binn, a wealthy publisher, was a good friend of the real estate magnate at the time.

Several photos were provided to The Guardian by Dorris that show her, Trump and Binn together at both the U.S. Open and Trump Tower, Manhattan on the days in question.

“He came on very strong right away,” Dorris said–referring to first meeting Trump at the Trump Tower. “It seemed typical of a certain guy, people who just feel like they’re entitled to do what they want.”

The 45th president’s legal team vigorously denied the allegations–saying that he never behaved in the way described and questioning the veracity of the accusation based on the alleged circumstances of when the assault occurred and an apparent lack of witnesses.

According to Trump’s lawyers, Binn told them that he did not recall Dorris ever mentioning any specific incident or any general feeling of unease regarding Trump. Binn, reportedly did not respond to The Guardian‘s original request(s) for comment. Law&Crime also reached out to Binn but no response was forthcoming at the time of publication.

Trump’s attorneys also questioned why Dorris had chosen to be voluntarily near him in the days after the alleged assault and claimed that Binn had raised similar concerns about her willingness to endure more of Trump after such an allegedly traumatic experience.

Dorris directly addressed those questions. She said: “I was there from Florida and I was with Jason. I had no money, nowhere to go. We were going from event to event and it was overwhelming.”

The onetime model also said it took many years for her to adequately understand and deal with the alleged assault.

“People spend years around people who have abused them, that’s what happens when something traumatic happens, you freeze,” she said.

But now, for the sake of her children–she has two daughters, twins–Dorris is intent on speaking out.

“I feel like my girls are about to turn 13 years old and I want them to know that you don’t let anybody do anything to you that you don’t want,” she said. “And I’d rather be a role model. I want them to see that I didn’t stay quiet, that I stood up to somebody who did something that was unacceptable.”