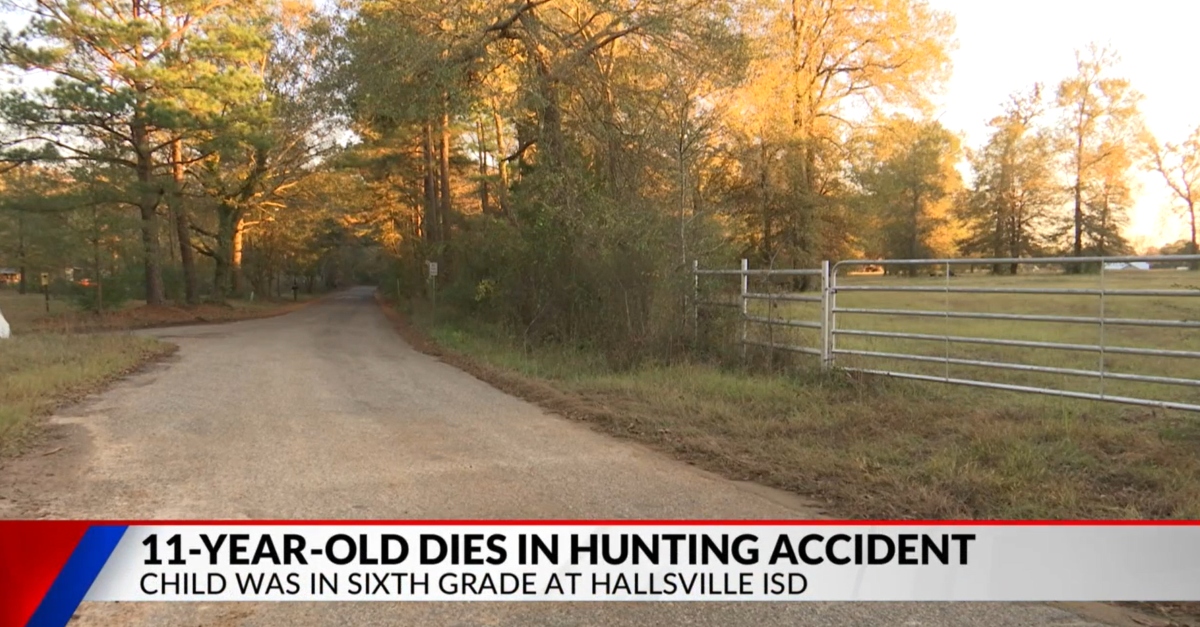 A man accidentally shot and killed his 11-year-old daughter during a hunting trip, deputies said in local reports out of Harrison County, Texas. The girl’s parents agreed to release her name, according to KFDM. Daisy Grace Lynn George, 11, was a 6th grader from the city of Hallsville. The investigation of the incident is ongoing.

Deputies said they got 911 calls about a hunting accident at about 5:15 p.m. on Saturday. More calls revealed that a man accidentally shot his daughter with what was described as a high-powered rifle near Young and Hickey Road. Deputies and EMS found the child at the scene with life-threatening injuries, but bad weather grounded emergency helicopters. EMS had to bring the girl to the Christus Good Shepherd Medical Center escorted by deputies. Staffers tried to save her life at the hospital, but she did not survive.

“I think between both agencies, we are going to do this swiftly but also thoroughly, and once the investigation is complete, then we will consult with the district attorney’s office to see if any charges are needed to be filed or will be filed, and we will get the direction from him at that point,” Harrison County sheriff’s Capt. Tyler Owens told KETK. “Preliminary, right now, everything looks to be an absolutely horrible tragedy.”

“Anytime a young person loses their life, it’s tragic for all involved,” Sheriff Brandon Fletcher said, according to the KFDM. “Our thoughts and prayers go out to the family and friends during this difficult time.”

“In honor of Daisy George’s favorite color all staff and students throughout the district are encouraged to wear purple tomorrow,” they said.