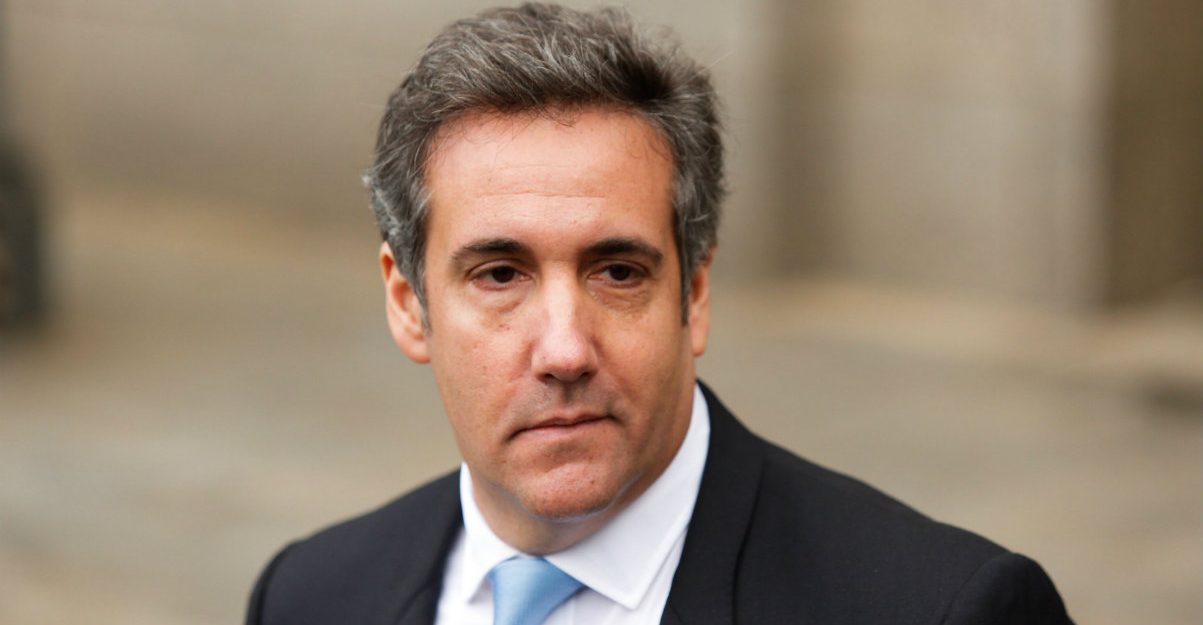 As time passes and we all have more time to stew over the reasons people do the things they do, strategies start to become more obvious. According to one former federal prosecutor, Michael Cohen‘s strategy of dishing audio recordings to CNN could simply mean that Cohen is not prepared to enter a guilty plea.

Law&Crime pointed out yesterday that there is merit to the idea that Cohen is testing his luck with prosecutors by leaking an audio recording to CNN of a phone call he had with his ex-boss President Donald Trump for example. It is true that prosecutors might be upset about Cohen leaking evidence without warning. What is also true, in Alex Whiting’s estimation, is that Cohen is likely doing this because he doesn’t want to box himself in to pleading guilty.

Whiting’s Harvard bio identifies him as Professor of Practice at Harvard Law School. Before then he was a prosecutor at the International Criminal Court (ICC) in The Hague and a former Assistant U.S Attorney.

Here are some of the interesting points from Whiting’s Twitter thread.

1) Cohen might be angling for an even better deal

2/ One possibility is that Cohen is publicly trying to get a better deal from federal prosecutors in Manhattan and Mueller’s team. T plea/cooperation deal would require Cohen to plead guilty to crimes he committed, cooperate fully, and then get a benefit at sentencing.

It’s a fine line to walk, Whiting suggests, but Cohen is walking it. What Cohen does not want to do, it appears, is do what critics like Michael Avenatti have demanded and “come clean” here and now.

Whiting explains that the plan of defense appears to be a calculated risk, where Cohen 1) annoys prosecutors by leaking 2) ultimately keeps them open to cutting him a better deal by giving them a preview of the cards he holds 3) all without boxing himself in to a guilty plea.

4/ it becomes very difficult not to plead guilty because the terms of the proffer typically protect the potential defendant from direct use of the proffer statements but allow prosecutors to use statements if defendant testifies differently at trial.

Connected to not-boxing-in is the “proffer,” which Whiting says is a meeting between Cohen and prosecutors in which “he would tell [them] everything he knows so that they can assess if worth making a deal.”

“The problem is that once a potential gives a proffer it becomes very difficult not to plead guilty because the terms of the proffer typically protect the potential defendant from direct use of the proffer statements but allow prosecutors to use statements if defendant testifies differently at trial,” he added.

In other words, that’s a point-of-no-return move for Cohen.

As he bides his time, what he might actually be trying to do is “persuade the prosecutors to make commitments on charges or sentencing before he proffers and boxes himself in.”

Whiting suggests Cohen is doing that by “dangling[ing] some tantalizing pieces of information” — maybe like information that President Donald Trump knew about a certain 2016 Trump Tower meeting?

6/ He might be trying to persuade the prosecutors to make commitments on charges or sentencing before he proffers and boxes himself him. One way to do that would be to dangle some tantalizing pieces of information to show prosecutors some of what he has.

“[P]otential defendants who proffer usually are boxed in to pleading guilty. In other words, you usually don’t proffer unless you are prepared to plead guilty,” Whiting said.

3) Although prosecutors might not find this ideal, Cohen “risk” still achieves an important goal

The main thing Cohen has emphasized in recent weeks is that his commitment and loyalty is with his family and his country, not his former employer, President Trump. Although Cohen is likely going against the wishes of prosecutors by going through the media, Cohen is nonetheless demonstrating that he has cut ties with Trump.

8/ he might think it will increase pressure on the prosecutors to cut a deal with Cohen because they will want to bring Cohen back under control. What might Cohen want ….?

“[Cohen] might think [this] will increase pressure on the prosecutors to cut a deal […] because they will want to bring Cohen back under control,” Whiting speculated.

Cohen’s goals should range from as little jail time as possible to potential immunity from prosecution.

11/ who use the public forum in this way. Moreover, the prosecutors will now see that since Cohen has broken from Trump, he has nowhere else to go and so his cooperation is likely inevitable. End.

“In sum, if Cohen’s side is doing the leaking, then it could very well be a gambit to persuade federal prosecutors and Mueller’s team to give him a better deal,” Whiting said. “It’s a risky gambit because prosecutors do not like to make commitment up front and they don’t like witnesses who use the public forum this way.”