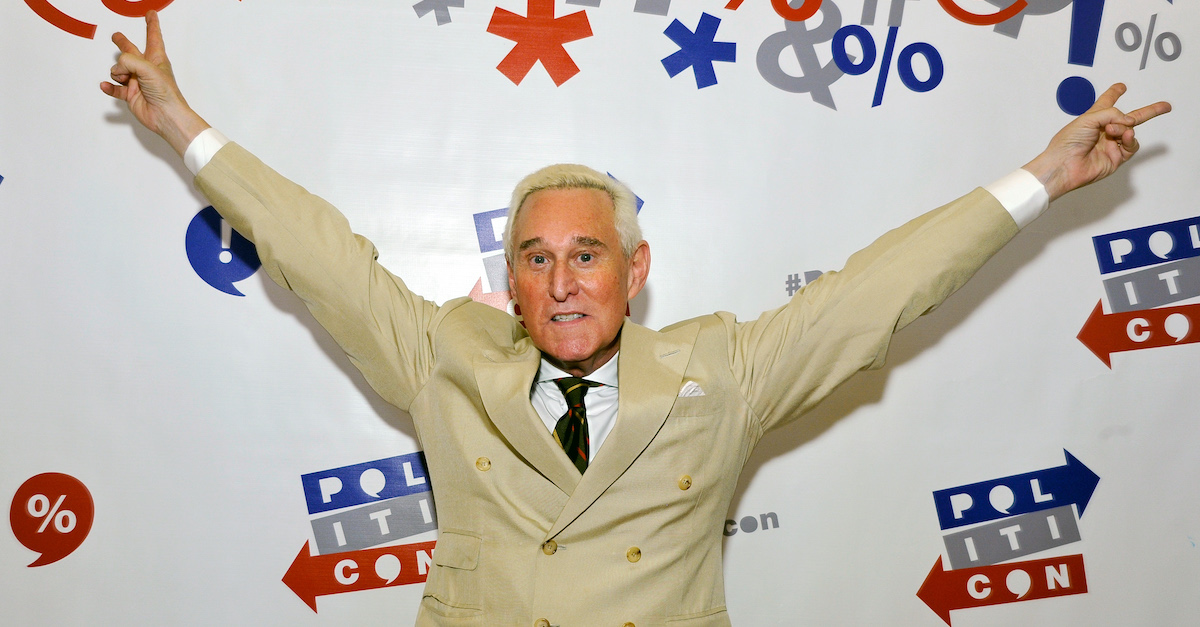 Corsi’s latest claim, made on Monday, is that he will reject the plea deal offered by Special Counsel Robert Mueller. Corsi then took that a step further. He claims to have narrowed down where this perjury charge is coming from. From The Atlantic:

Stone, for his part, denies having had any such conversations about Podesta with Corsi. But he famously predicted in a tweet months before the election, around the time that he was “conducting research” with Corsi, that damaging information would soon emerge about Podesta. “It will soon [be] Podesta’s time in the barrel. #CrookedHillary,” he wrote on August 21, 2016. Corsi told me that he emailed Stone in 2016 (he didn’t specify what month) telling him to “go see Assange”—an email that prosecutors showed him earlier this year that Corsi apparently had not voluntarily produced. “I couldn’t remember any of my 2016 emails,” Corsi said. “I hadn’t looked at them. So they let me amend my testimony, but now they want to charge me for the initial day when I said I didn’t remember that email. I won’t plead guilty to it.”

In summary, Corsi claimed that he didn’t remember sending Stone an email in 2016 telling him to visit WikiLeaks founder Julian Assange, whose website posted DNC emails that were allegedly hacked by Russian military officers posing as fictitious persona Guccifer 2.0. He also claimed that Mueller gave him an opportunity to amend his testimony about this email, but said prosecutors are still pursuing false statement charges.

The problems with Corsi’s comments surrounding the purportedly rejected plea deal are already being pointed out.

Mueller would not charge Corsi with false statements if all he had was that Corsi originally said he did not remember a communication and then said he did remember after being shown an email reflecting. This is Corsi spin — Mueller has more than that. https://t.co/DLCMfkLu39

2/ That is a standard defense raised when someone is charged with perjury or making a false statement. Typically when this is is charged, prosecutors have evidence that proves the defendant remembered the truth or that would make it implausible that the defendant forgot.

The gist of this is that Mueller wouldn’t charge Corsi without having evidence beyond him merely “misremembering” suspicious emails, so such a claim is “Corsi spin.”

Furthermore, the implications of Corsi’s stand are being perceived as potentially dire — for him, Roger Stone and others.

Corsi has denied having any direct advance knowledge of the email release from WikiLeaks, and claimed he just figured out that emails such as those belonging to Hillary Clinton campaign chairman John Podesta were going to get out.

“They can put me in prison the rest of my life,” Corsi said. “I am not going to sign a lie.”

Corsi, who was the bureau chief for InfoWars, has written books like “Where’s the Birth Certificate?” “Partners in Crime: The Clintons’ Scheme to Monetize the White House for Personal Profit,” “Who Really Killed Kennedy?: 50 Years Later: Stunning New Revelations About the JFK Assassination,” and “Killing the Deep State: The Fight to Save President Trump.”

It appears he is prepared to write another book along these lines, but about “Mueller’s Witch Hunt.”

In an interview with One America News Network on Monday, Corsi said he is about to publish a 60,000-word book titled “Silent No More: How I Became a Political Prisoner to Mueller’s Witch Hunt.” https://t.co/ruzHeBO5B7