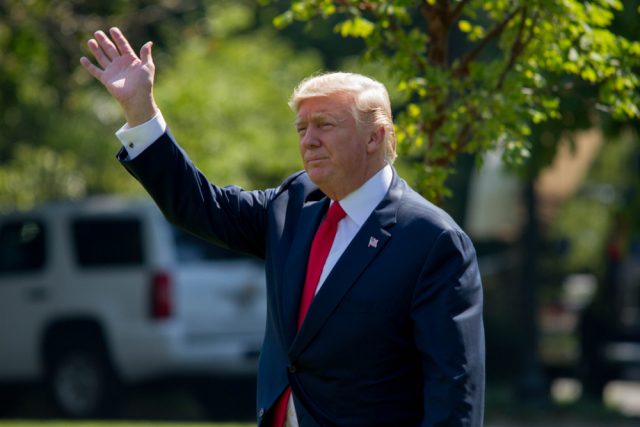 President Trump’s latest tool—the presidential pardon power– may end up biting the administration in its жо́па. While we already knew the Arpaio pardon to be deeply troubling in its outright contempt for the authority of the federal judiciary, it has sparked some speculation about future use of the pardon power that may lead to some seriously dangerous places for our commander in chief.

If Trump pardoned Joe Arpaio for the intentional violation of a direct court order that conflicted with executive policies, there’s nothing to stop him from pardoning anyone caught up in Special Counsel Robert Mueller’s Russia investigation.   What’s more, if Trump exercised his pardon power before Arpaio had even been sentenced in the criminal contempt case, there’s nothing to stop Trump from wielding the pardon power preemptively in the future too. While Trumpsters are likely correct in declaring the legality of Trump issuing such pardons (the presidential pardon power is virtually unlimited on its face, and hasn’t really been tested much in court), they may be less than thrilled to learn the equally legal ramifications for 45.

According to legal scholars, notably including former Watergate prosecutor Nick Akerman, a pardon-sparked premature shutdown of the federal Russia investigation would not only instigate corresponding state-level investigations – but would actually strengthen those investigations. One reason a pardon could bolster a state-level prosecution is timing. Timing is important, because a pre-prosecution pardon would eliminate any potential double-jeopardy defenses for the subjects of a state prosecution. If there’s no federal prosecution, there’s no double-jeopardy, and if there’s no double-jeopardy, there’s nothing to make the prosecution illegal. Another reason a federal pardon could help a state prosecution is that pardons carry with them some serious baggage – they necessarily imply guilt.  According to the Supreme Court’s 1915 decision in Burdick v. United States, a pardon “carries an imputation of guilt; acceptance a confession of it.” While a state prosecution would certainly require some independent evidence for a conviction, the guilt implied by a pardon would be both legal and political motivation for prosecutors to aggressively pursue those cases.

If local prosecutors did choose to bring cases against the president or others involved in Russian election shenanigans, there’s not much the president would be able to do to stifle those actions. President Trump may have authority to issue a federal pardon, but he has no power to do the same at the state level. Therefore, if any information uncovered during Mueller’s investigation exposes individuals, including Trump himself, to state criminal liability, prosecution will quickly become a certainty. Of course, the state or municipality involved would need to have jurisdiction over the alleged wrongdoing, but that wouldn’t likely be much of a hurdle. At this point, it seems that New York, Virginia and Illinois, would prove easy venues for such actions. Russian collusion in the election would almost certainly violate election laws in at least those states, not to mention the 39 others that have potentially applicable laws against election interference.

In normal times, local prosecutors in such states would defer to the feds, but we’re far past normal times. Trump would be hard-pressed to find a state that wasn’t committed to prosecuting him and any cohorts – especially if a preemptive pardon were issued on the subject. According to a story published by NBC News, some of those local prosecutors are already gearing up to pursue these prosecutions when the time comes.

Oh, and here’s a fun little legal nugget. If a state were to initiate prosecution, it could request material presented before Mueller’s grand jury. Normally, the secrecy of grand jury proceedings is sacrosanct, but for a state prosecution following a federal prosecution stifled by a premature pardon, that info would be up for grabs. As I said, we’re beyond “normal.”

Skeptics, of course, will point out that any Russian subjects of these imagined prosecutions would be unlikely to even show up in American courts to answer to the charges. Frustrating as that might be for the individuals and agencies behind these prosecutions, they’d likely find their efforts justified by the impact such actions would have on Donald Trump himself. Failure to submit to the jurisdiction of a state court would be characteristically brazen for this president, and would be [additional] grounds for impeachment. Set against the backdrop of the 10th Amendment – so beloved by conservative states’-rights enthusiasts — an outright failure of a federal official to submit to state authority should be cause for a GOP crisis of conscience. Ultimately, if local prosecutors choose to pursue criminal action against the president, he will find himself in an unwinnable situation. He can submit to the prosecution and risk a criminal conviction and/or impeachment, or alternatively, he can refuse to do so and risk impeachment on those grounds. Either way, prosecutors will have hit their mark and will have the pardon power to thank.