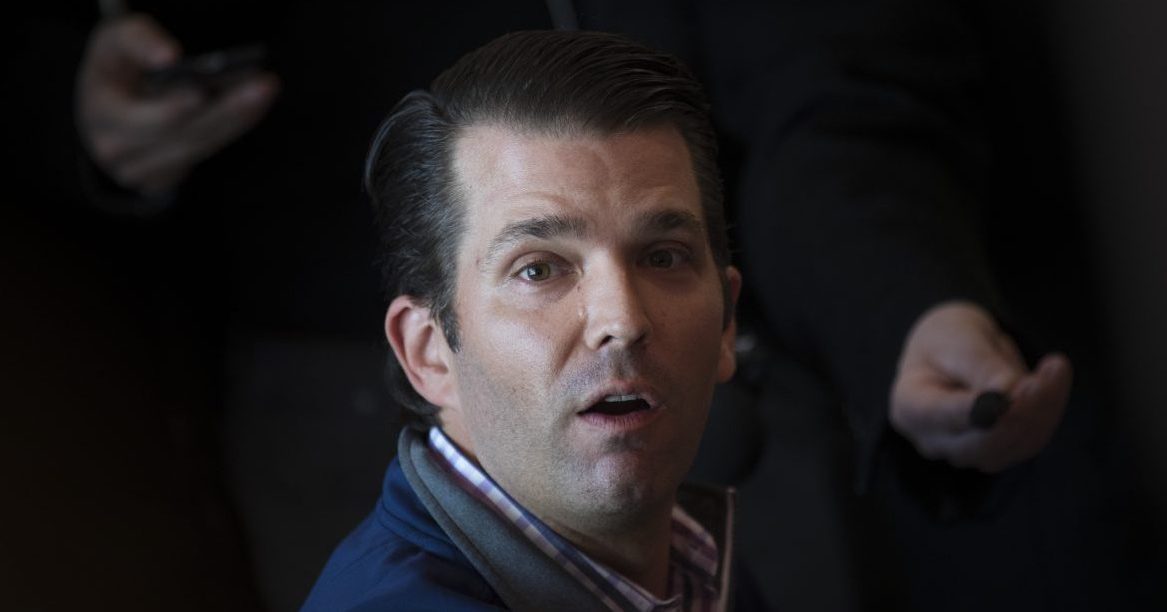 The clock is ticking for attorney Michael Avenatti, when it comes to one of his boldest predictions of 2018. Avenatti has on a couple of occasions predicted that Donald Trump Jr. would be indicted before the end of the year. Well, it’s New Year’s Eve, and there’s been no such confirmation of an indictment, despite rumors that Trump Jr. was worried about an imminent indictment.

Avenatti tweeted at Trump Jr. on Monday afternoon, calling him “Biff,” as he is wont to do. Avenatti specifically demanded that Trump Jr. just admit already that he is “about to be indicted” and that he has “been notified of [his] pending indictment.”

.@DonaldJTrumpJr (aka Biff): Can you please confirm that you are about to be indicted and have been notified of your pending indictment? If I have any of that wrong, please chime in.

“If I have any of that wrong, please chime in,” he added.

As of this writing, Trump Jr. has not responded to Avenatti’s challenge. It also happens to be Trump Jr.’s 41st birthday.

Law&Crime has reached out to Avenatti in an effort to find out if he knows something no one else does, but he has not yet commented with specifics. As Law&Crime reported before, Avenatti predicted in October that Trump Jr. would be indicted before his birthday.

Donald Trump Jr. will be indicted before his birthday on 12-31-18. If you doubt my prediction, please check my record over the last 7 months. #Winning

Days after that, Avenatti doubled down on the prediction, again @-ing Trump Jr. on Twitter and demanding him to confirm an imminent false statement indictment.

.@DonaldJTrumpJr – Can you confirm that you have no reason to believe that you are about to be indicted for making false stmts to federal agents? Asking for some friends.

Btw, this could not happen to a nicer guy. Will your father continue his corruption pattern and pardon you?

When Law&Crime asked Avenatti about this before, he said, “I don’t just pop off and make bold predictions without knowing what I am talking about. The last 8 months has proven that time and time again.”