‘What Goes Up Must Come Down’: Law Enforcement All over Florida Warn Public Against NYE ‘Celebratory Gunfire’ 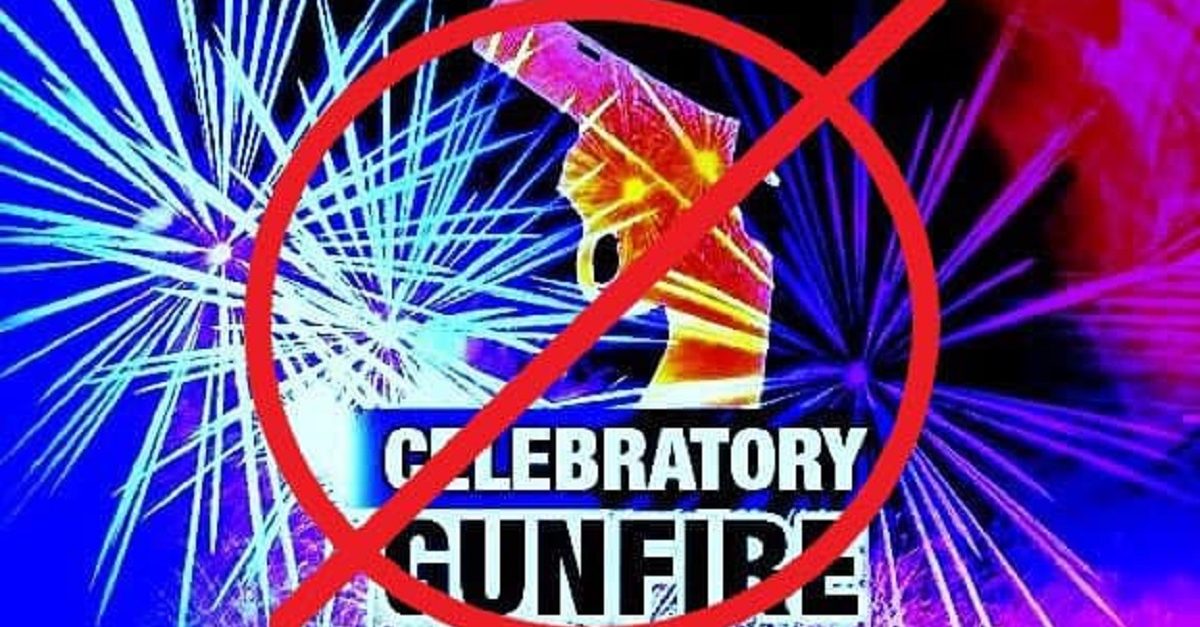 Police and sheriff’s offices throughout the State of Florida have a warning for residents: don’t celebrate New Year’s Eve by firing guns.

“As we bring in the new year, please have fun without guns,” the Jacksonville County Sheriff’s Office said in a Facebook post. Celebratory gunfire can be deadly AND it’s illegal. Remember what goes up must come down.”

“As we get ready to close out 2018, please refrain from all types of celebratory gunfire,” said the Orlando Police. “It is illegal and a very dangerous practice. Remember, these tragedies are 100% preventable!” The tweet was in reference to another tweet about a mom who started an organization warning people of the dangers of firing into the air, after her son was killed by celebratory gunfire.

As we get ready to close out 2018, please refrain from all types of celebratory gunfire. It is illegal and a very dangerous practice. Remember, these tragedies are 100% preventable! https://t.co/z3mkG1CDdf

Other victims have included a 9-year-old girl in Orlando who was shot in the arm and a 17-year-old girl who was struck in the leg. Both of those incidents took place in the first moments of 2016.

The Tampa Police Department and the Orange County Sheriff’s Office had similar messages.

Great message from our friends at @TampaPD

Don’t ring in the New Year with a gun – the results can be tragic.

Have a safe and happy New Year, everyone! https://t.co/XtN6URDmiY