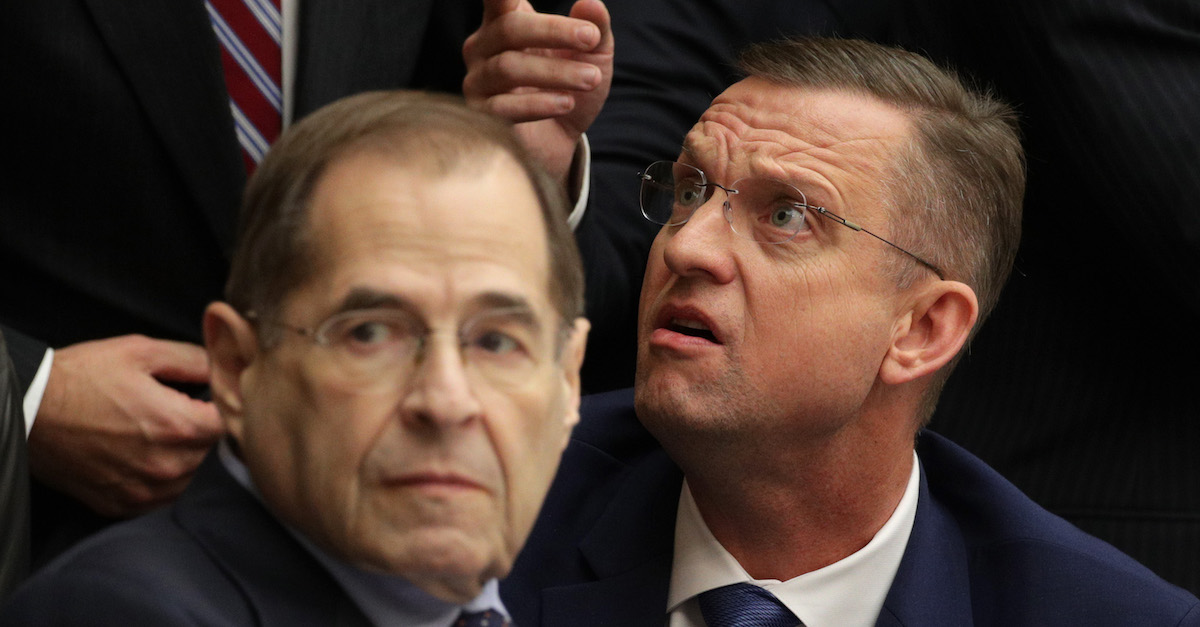 House Judiciary Committee ranking member Rep. Doug Collins (R-Ga.) on Wednesday slammed the Democrats’ subpoena threat to get their hands on Robert Mueller‘s full Russia report, including “any accompanying exhibits, annexes, tables, appendices, other attachments and all evidence referenced in the report” and “underlying evidence.”

Collins was among the 420 representatives who voted to make the Mueller report public 20 days ago.

The Committee ended up voting along party lines, 24 Democrats saying aye to 17 Republicans saying nay. Committee Chairman Rep. Jerrold Nadler (D-N.Y.) did say that he would give Attorney General William Barr more time to “change his mind” before issuing the subpoena.

Collins, however, unloaded on Democrats for threatening Barr with a subpoena, saying this amounted to a demand for Barr to break the law.

“The attorney general’s entire mandate is to enforce the law, and he’s expressly forbidden from providing grand jury material outside of the department, with very limited and narrow exceptions. Congress is not one of those exceptions, and the chairman knows it,” he said.

Collins took it a step further, saying that what Democrats are really after is President Donald Trump.

The subpoena effort is “reckless […] irresponsible and disingenuous,” Collins said.

Democrats have bristled over Barr’s outline of things that would be redacted from the report, arguing that they should get everything, just as was the case with the Ken Starr/Bill Clinton report and the Richard Nixon report. Here’s what Barr said would be redacted:

Specifically, we are well along in the process of identifying and redacting the following: 1) material subject to Federal Rule of Criminal Procedure 6(e) [grand jury material] that by law cannot be made public; 2) material the intelligence community identifies as potentially compromising sensitive sources and methods; 3) material that could affect other ongoing matters, including those that the Special Counsel has referred to other Department offices; and (4) information that would unduly infringe on the personal privacy and repetitional interests of peripheral third parties.

Collins, at one point, held up two different plastic bottles (one a water bottle and the other a juice bottle) to say that the Mueller report and those reports are different things. He also said that issuing a subpoena before the report is released and after it is released are different. He suggested that the latter was proper form, while the former was indicative of a partisan endeavor.

On March 14, the House of Representatives voted 420-0 to make the Mueller report public. Collins voted for it but said it was unnecessary, while also predicting a “meltdown” by Democrats over Mueller’s findings.

“What happens when it comes back and none of this is true, the president did not do anything wrong? Then the meltdown will occur,” he said.