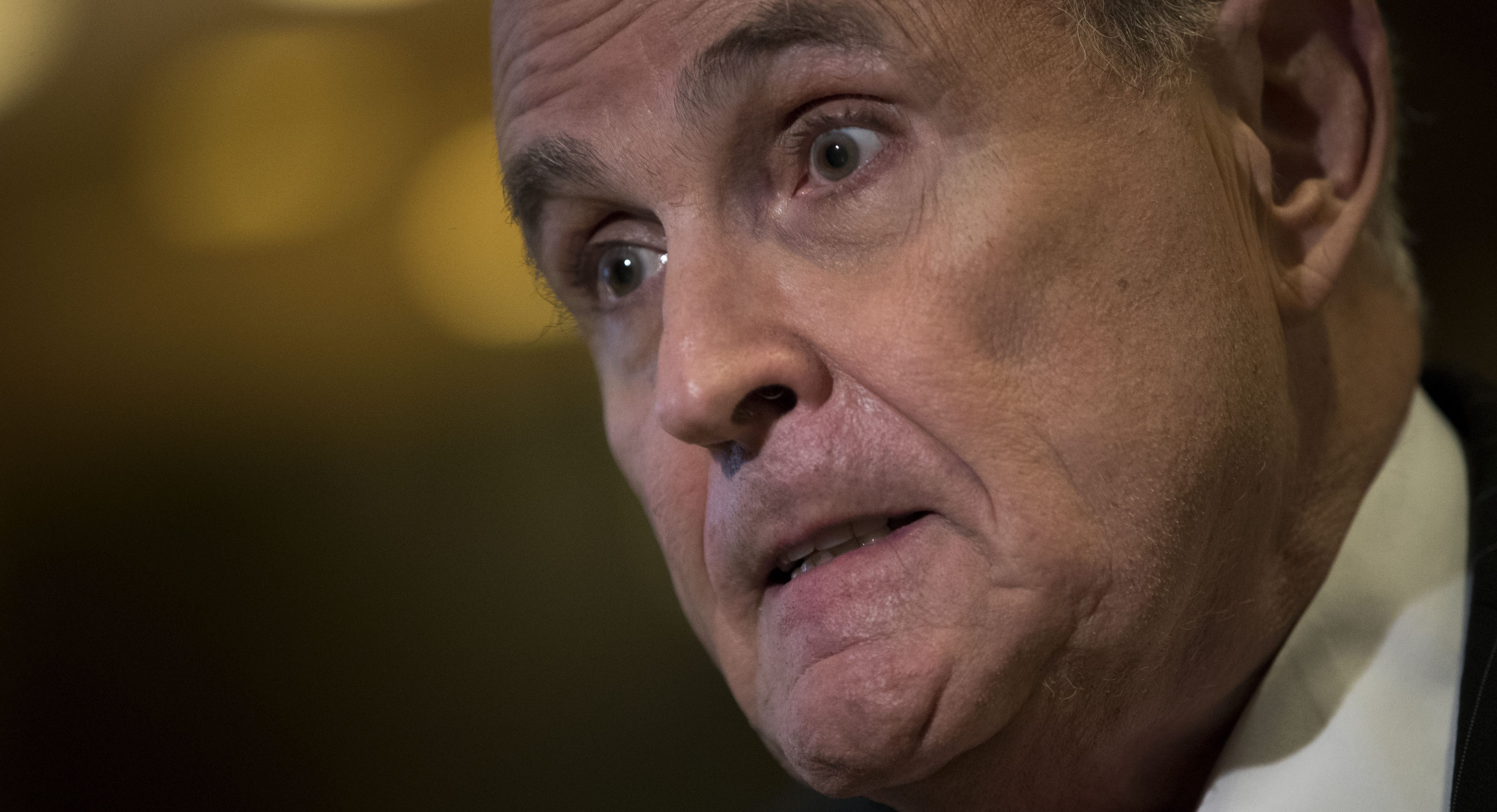 In Michael Avenatti‘s latest push to remove the halt on proceedings against Michael Cohen in California, he uses Donald Trump attorney Rudy Giuliani‘s own words against him — again.

Avenatti motioned for the Court to reconsider the decision in part because the landscape had changed since Judge S. James Otero ruled on April 27 that a 90-day stay was necessary. The ruling was after the FBI raided Cohen’s home, office and, hotel room and before Rudy Giuliani went on television and said President Trump “did know about the general arrangement” the $130,000 payment to Stormy Daniels that Trump had previously denied knowing anything about.

Now what does what Giuliani said have to do with this? Avenatti is arguing that the stay shouldn’t be a blanket stay but a stay in part. He said there are no plans of deposing Cohen in the “coming weeks” (not during the remaining days of the 90-day stay) and thus the matter should be allowed to go on in other respects.

“Plaintiff has made clear that for purposes of the present motion, the Court need not decide at this time whether the trial should actually proceed without Mr. Cohen’s testimony,” the filing says. “However, the parties should not be delayed in their ability to conduct all other discovery and litigate the remainder of the case right up to the point at which the parties are prepared to try the arbitrability dispute.”

Avenatti then claims Giuliani’s words saying Trump knew about the $130,000 payment was a relevant fact because the court assumed when it ruled that Cohen “acted on his own without his client Donald J. Trump’s knowledge in negotiating the Agreement underlying this action and paid the $130,000 consideration to Plaintiff out of his own pocket.”

“The more Mr. Giuliani speaks the better our case gets,” Avenatti told Law&Crime.

Giuliani said on May 2 that the money to Daniels was “funneled […] through the law firm and the president repaid” Cohen for it. He said Trump “didn’t know about the specifics of it,” as far as he knew, but “he did know about the general arrangement, that Michael would take care of things like this, like I take care of things like this for my clients.” He said t this would “turn out to be perfectly legal” and that the money wasn’t campaign money.

The next morning, Giuliani said “Imagine if [the Daniels story] came out on October 15, 2016 in the middle of the last debate with Hillary Clinton.”

“Cohen didn’t even ask. Cohen made it go away. He did his job,” he added. Trump then made Giuliani walk back his statements, saying his lawyer would “get his facts straight.”

Avenatti mentioned Giuliani’s words a couple of weeks ago in a push to depose Trump under oath.

Judge Otero previously ruled that there should be a stay because of the complications arising out of the federal matter against Cohen in New York. Otero specifically mentioned concerns about prejudice against Cohen and attorney-client privilege.

“This is no simple criminal investigation. It is an investigation into the personal attorney of a sitting president regarding documents that might be subject to the attorney-client privilege,” he said. “Whether or not an indictment is forthcoming, and the court thinks it likely based on these facts alone, these unique circumstances counsel in favor of stay.”