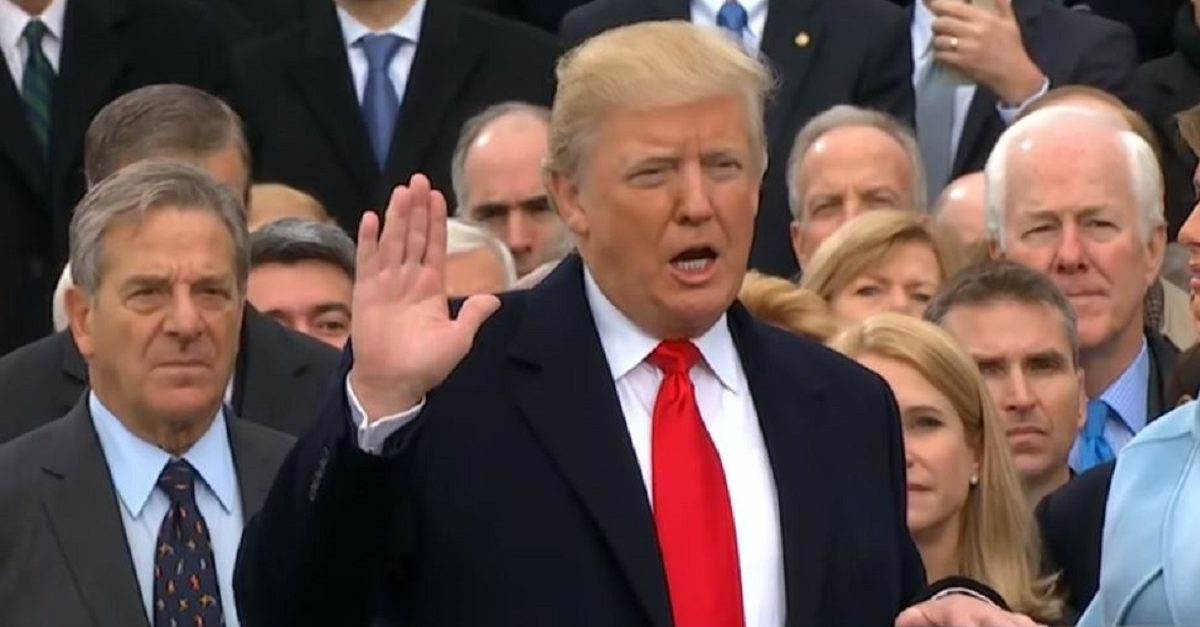 A court already put Stormy Daniels‘s case against Michael Cohen and President Donald Trump on a 90-day hold while Cohen faces a criminal investigation, but her lawyer Michael Avenatti is hoping recent developments will make the judge reconsider.

In a motion filed on Thursday, the attorney cites public comments by Trump and his recent addition to his legal team, Rudy Giuliani as reasons for moving the case forward, especially with regards to Trump.

Up until recently, Trump had shied away from talking about the Stormy Daniels case, with one exception being remarks on Air Force One, where he denied having anything to do with the $130,000 payment she received in exchange for keeping quiet about an affair she claims she had with Trump in 2006. Trump referred any questions to his lawyer Michael Cohen. Cohen had previously claimed the money came from him with no reimbursement, although he also insisted that he did not represent Trump when it came to the hush agreement Daniels signed.

Once Giuliani came on board, however, the story changed dramatically. In an appearance on Hannity, the former New York City mayor said that the money was “funneled” through a law firm and that Cohen was later reimbursed by Trump. Trump then said on Twitter that he paid Cohen. Giuliani has since clarified that the money was in the form of payments to Cohen that included covering his various expenses, this being one of them, even though Trump didn’t specifically know what the payment was for at the time. Giuliani explained that this shows that Cohen’s payment to Daniels was not an illegal contribution to Trump’s campaign.

Avenatti wrote that these statements “for the first time have confirmed Mr. Trump’s personal involvement in the facts that gave rise to this lawsuit.”

Because of this, Avenatti argues, there’s no reason why discovery cannot go forward with regards to Trump, including a sworn deposition. He is not fighting the court’s decision to temporarily put discovery on hold with regards to Cohen, but

Avenatti said in a tweet that the matter will be discussed before Judge S. James Otero at a court hearing on June 21. In a statement to Law&Crime he said, “We are confident in the motion especially in light of the missteps by Mr. Trump and Mr. Giuliani.”