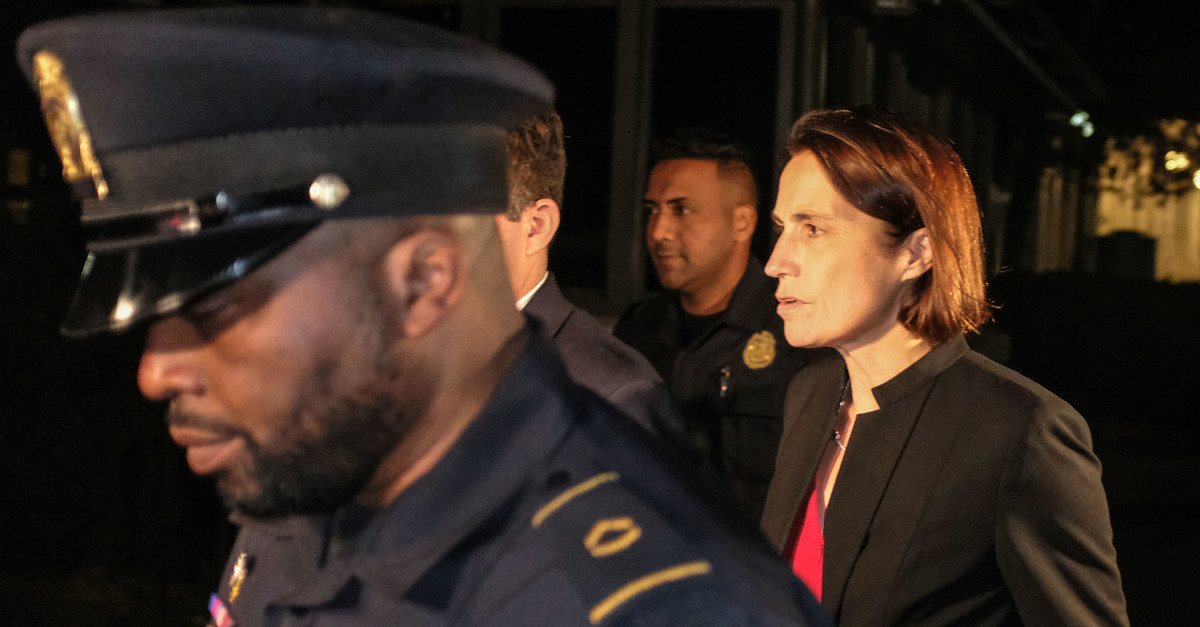 Gordon Sondland, the U.S. Ambassador to the European Union, has been accused of perjuring himself during recent congressional testimony before the U.S. House of Representatives. The allegation contests Sondland’s representation of his discussions with President Donald Trump’s former top Russia advisor, Fiona Hill.

Hill’s attorney Lee Wolosky leveled the charge against Sondland — a wealthy Trump donor and political appointee hand-picked by the president — in a tweet early Wednesday morning.

“Sondland has fabricated communications with Dr. Hill, none of which were over coffee,” Wolosky wrote. “Dr. Hill told Sondland what she told lawmakers — the lack of coordination on Ukraine was disastrous, and the circumstances of the dismissal of [former U.S. ambassador to the Ukraine Marie] Yovanovitch shameful.”

Sondland was deposed behind closed doors by Democrats and Republicans across three separate House committees investigating impeachment on October 17; a lengthy transcript of Sondland’s testimony was released by the Permanent Select Committee on Intelligence on Tuesday afternoon.

During those discussions, Sondland testified on three separate occasions that he met with Hill over coffee in order to discuss her misgivings about the Trump administration’s slapdash approach to foreign policy in the former Soviet satellite.

“Did you ever hear anybody in the National Security Council disparage the President?” asked Republican staffer Steve Castor.

Sondland replied that he had and that Hill was the person who had done so. When asked to explain, Sondland said:

Well, when Dr. Hill left her post to leave the government, I happened to drop by her office to say good-bye to her. I knew she was leaving, I think, in a few days or a week. I was at the White House for some other unrelated reason and I dropped up and we sat and had coffee. And she was pretty upset about her role in the administration, about her superiors, about the President. She was sort of shaking. She was pretty mad.

A few moments later, Castor brought up the coffee again.

“What specifically did she say about the President?” he asked.

“Just that the whole, you know, operation was just not well run, or something to that effect,” Sondland said. “I mean, she was kind of–it was very unusual. I mean I’ve never seen her like that. She’s usually pretty calm, collected, straightforward, but she was pretty emotional.”

“Was this a coffee you had with her, just you and her?” Castor pressed.

The third reference to the disputed coffee talk came after a brief interruption by Rep. Jim Jordan (R-Ohio) who attempted to nail down the date the alleged conversation occurred.

Sondland was unsure but said “it probably was sometime between” July 10 and July 19–the date Hill resigned.

Castor then attempted to elicit testimony that Hill said she was unhappy with her own job. Sondland demurred and said he had never heard her say anything like that.

“What else did she say?” the GOP investigator asked. “What can you tell us?”

Sondland brought up coffee once again:

I was–I sat and listened. I was trying to be a little bit of a shoulder, and we had coffee. And I wished her well. As I said, gave her a hug, and I don’t believe I’ve spoken to her since.

“And what did she relate to you?” Castor asked.

When Sondland and others falsely describe Dr. Hill as “emotional” or say she was “shaking” or “upset,” let’s recognize that they’re trying to undermine the credibility of a respected, nonpartisan national security professional by deploying tired and offensive gender stereotypes.

Law&Crime reached out to Wolosky for additional comment on this story but no response was forthcoming at the time of publication.

Law&Crime also reached out to Sondland’s attorney James T. McDermott for comment on this story but no response was forthcoming at the time of publication. We’ll update the story if that changes.

Much earlier during his testimony, Sondland also described a chat with Hill over coffee that occurred in Jackson Hole, Wyoming–but this alleged instance appears to have occurred much earlier in 2019 and looks to be unrelated to the discussions about Ukraine policy and the controversial firing of Yovanovitch.

Sondland’s full testimony is available below: