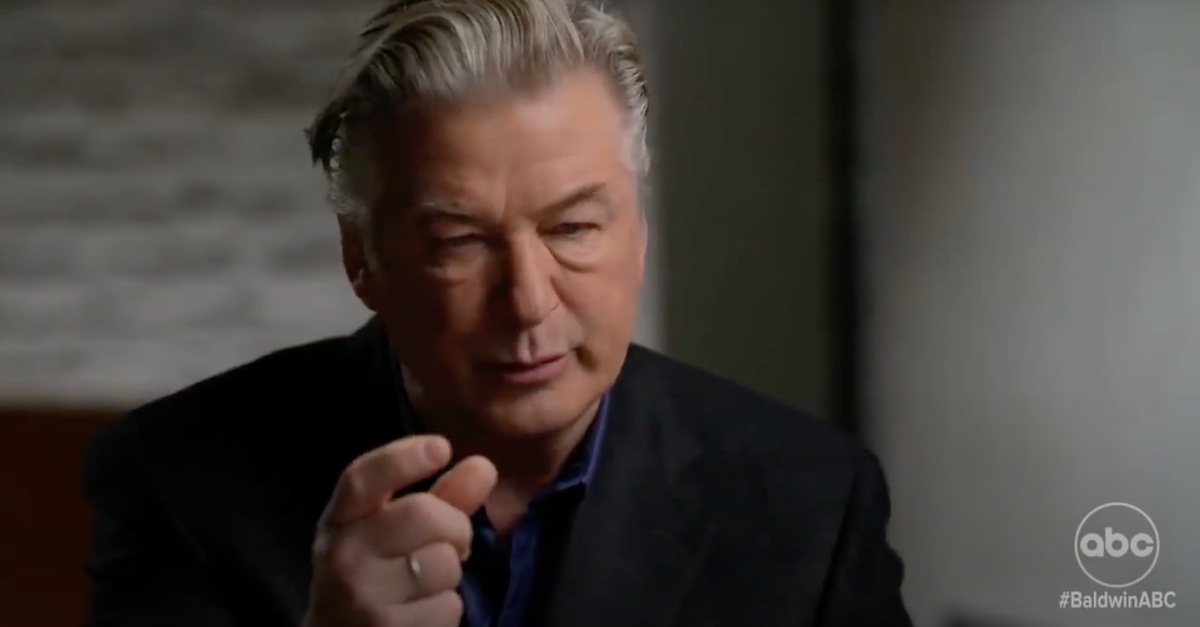 A search warrant has been issued for Alec Baldwin’s cellular phone in New Mexico as part of ongoing criminal investigating into the on-set shooting death that took the life of cinematographer Halyna Hutchins while the two were filming the western “Rust” in October.

Issued by Judge David A. Segura, the warrant authorizes the search and seizure of Baldwin’s Apple iPhone “due to conversations between” detective Alexandria Hancock and the actor that “were conducted through” the device’s native messaging application.

“Affiant is requested a warrant for the seizure and search of Alec Baldwins’ cell phone to search for any evidence relating to the death investigation of Halyna Hutchins,” the affidavit in support of the warrant reads. “Affiant believes there may be evidence on the phone, due to individuals using cellular phones during and/or after the commission of crime(s). Such information, if it exists, may be material and relevant to this investigation. Affiant was also made aware there were several emails and text messages sent and received regarding the movie production ‘Rust’ in the course of interviews.”

In addition to obtaining the phone from the A-list actor, the warrant authorizes a “forensic download” that includes a vast dragnet of essentially any and all information located on the device.

The warrant outlines the parameters of the search:

The court order also authorizes law enforcement to obtain and collect 10 additional categories of data from the phone–including GPS data–and gives police the legal authority to take photographs of any data on the phone as exactly it appears there in case certain information cannot be directly downloaded.

The law enforcement request for Baldwin’s phone is the latest of numerous warrants that have been issued in relation to the shooting.

Read the full warrant below: