Ex-Michigan Gov. Drops Out of Harvard Position Due to Outcry over His Handling of Flint 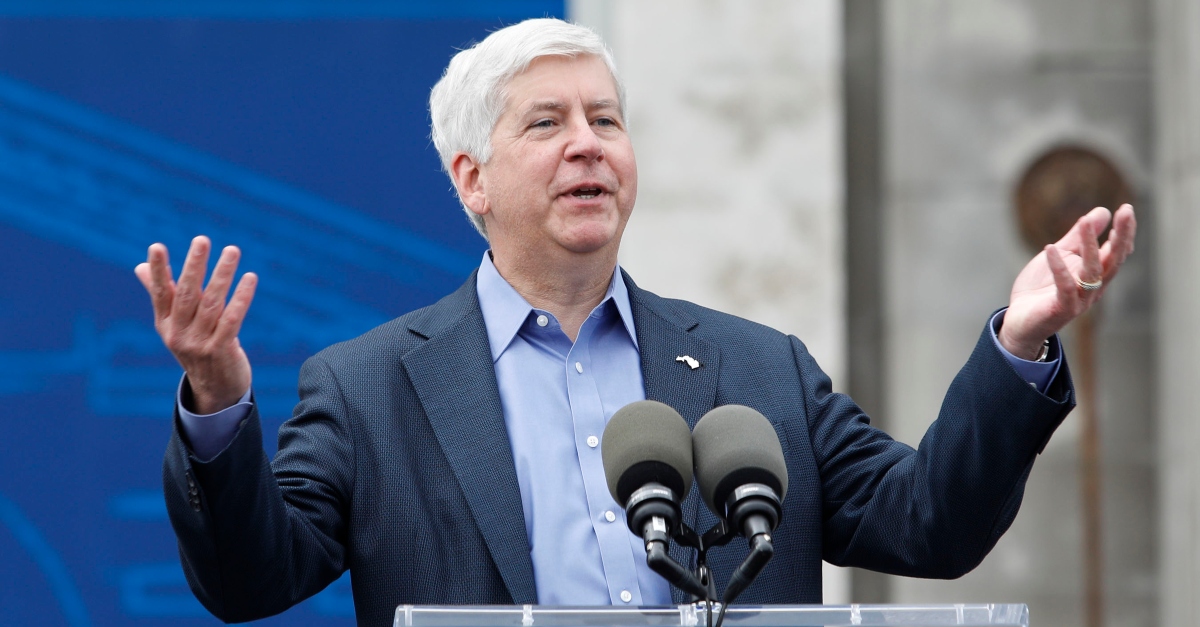 Former Michigan Governor Rick Snyder left his new position as a senior research fellow at Harvard Kennedy School on Wednesday. He framed this as due to a “lack of civility” in politics, but a letter from Dean Doug Elmendorf alluded to the blowback over Snyder’s alleged handling of the Flint water crisis.

I have informed the HKennedy Sch that I am turning down its offer as Snr Res Fellow. It would have been exciting to share my experiences, both positive and negative; our current political environment and its lack of civility makes this too disruptive. I wish them the best.

In a letter to students and faculty, @Kennedy_School Dean Doug Elmendorf noted that @onetoughnerd has withdrawn. Elmendorf said he has “been deeply moved” by testimony from Flint residents and that Snyder’s presence “would not enhance education here in the way we intended.”

Snyder started the position Monday. It was supposed to last for a year.

A 2018 report from the University of Michigan School of Public Health laid into Snyder, who was the Republican governor of Michigan from 2011 to 2019. They said he had a lot of “legal responsibly” for what happened in Flint:

Even setting aside the Governor’s appointment of an emergency manager, discussed more fully below, he bears significant legal responsibility for the crisis based on his supervisory role over state agencies. The Governor had adequate legal authority to intervene—by demanding more information from agency directors, reorganizing agencies to assure availability of appropriate expertise where needed, ordering state agencies to respond, or ultimately firing ineffective agency heads—but he abjured. Flint residents’ complaints were not hidden from the Governor, and he had a responsibility to listen and respond.

In April, Snyder was reinstated as a defendant in a federal class-action lawsuit over the Flint water crisis, over allegations the governor covered up the risk of harm.