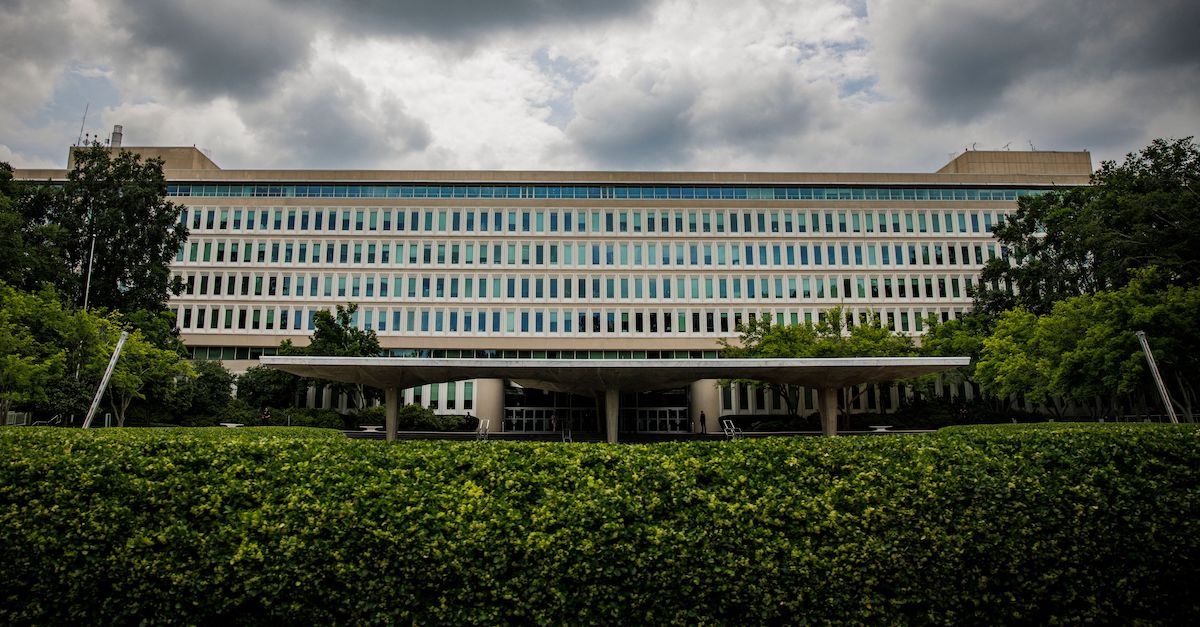 The Central Intelligence Agency (CIA) headquarters are pictured in Langley, Virginia, on July 8, 2022.

An ex-CIA programmer has been convicted by a federal jury of sending thousands of classified files about the agency’s covert techniques and spying tools to WikiLeaks, which published them under the name “Vault 7” in 2017.

The month of its release, authorities searched the home of ex-CIA coder Joshua Adam Schulte and later charged him in connection with the record-breaking leaks. He was indicted on more than a dozen federal crimes.

The first nine related to the breach of the files and alleged cover-up, while the remainder focused on unrelated child pornography allegations. The cases were severed, and the first attempt to prosecute Schulte under the espionage charges led to a mistrial in 2020.

On Wednesday, a federal jury convicted Schulte on all of the first nine charges.

“Joshua Adam Schulte was a CIA programmer with access to some of the country’s most valuable intelligence-gathering cyber tools used to battle terrorist organizations and other malign influences around the globe,” Manhattan U.S. Attorney Damian Williams said in a statement.

The “Vault 7” leaks showcased the CIA’s abilities to conduct surveillance and cyber warfare. They showed the agency’s ability to hack into browsers, Apple and Android smartphones, and turn internet-connected TVs into listening devices, according to the Associated Press.

Prosecutors claimed that Schulte put his professional grievances above the national security.

“When Schulte began to harbor resentment toward the CIA, he covertly collected those tools and provided them to WikiLeaks, making some of our most critical intelligence tools known to the public – and therefore, our adversaries,” Williams said in his statement. “Moreover, Schulte was aware that the collateral damage of his retribution could pose an extraordinary threat to this nation if made public, rendering them essentially useless, having a devastating effect on our intelligence community by providing critical intelligence to those who wish to do us harm. Today, Schulte has been convicted for one of the most brazen and damaging acts of espionage in American history.”

The Washington Post previously reported that Schulte worked for the Engineering Development Group (EDG), a group involved in the development of cyber weapons, saying that he wanted to serve his country after the Sept. 11 attacks.

As Law&Crime previously reported, Schulte blamed suspicion on him at the time on “incompetent management and bureaucracy [at the CIA]” and described himself as the “only one to have recently departed [EDG] on poor terms.”

Schulte reportedly represented himself at his retrial and claimed during closing arguments that “hundreds of people had access to (the information). … Hundreds of people could have stolen it,” according to the AP. The wire said that Schulte told jurors that the case against him was “riddled with reasonable doubt.”

According to the AP, Assistant U.S. Attorney David Denton told jurors that Schulte left traces of an attempted cover-up on a list of chores that included: “Delete suspicious emails.”

Before his first trial, Schulte was accused of leaking files from jail with contraband cell phones. He complained repeatedly about his lockup Metropolitan Correctional Center’s 10 South wing, frequently used to lock up accused terrorist and spies. He once unfavorably compared his conditions of confinement to Otto Warmbier, the U.S. college student found by a federal judge to have been tortured and killed by the North Korean regime at the age of 22.