Baby Yoda GIFs are Back on GIPHY | Law & Crime

‘EVERYBODY STAND DOWN’: Baby Yoda GIFs Are Available Again 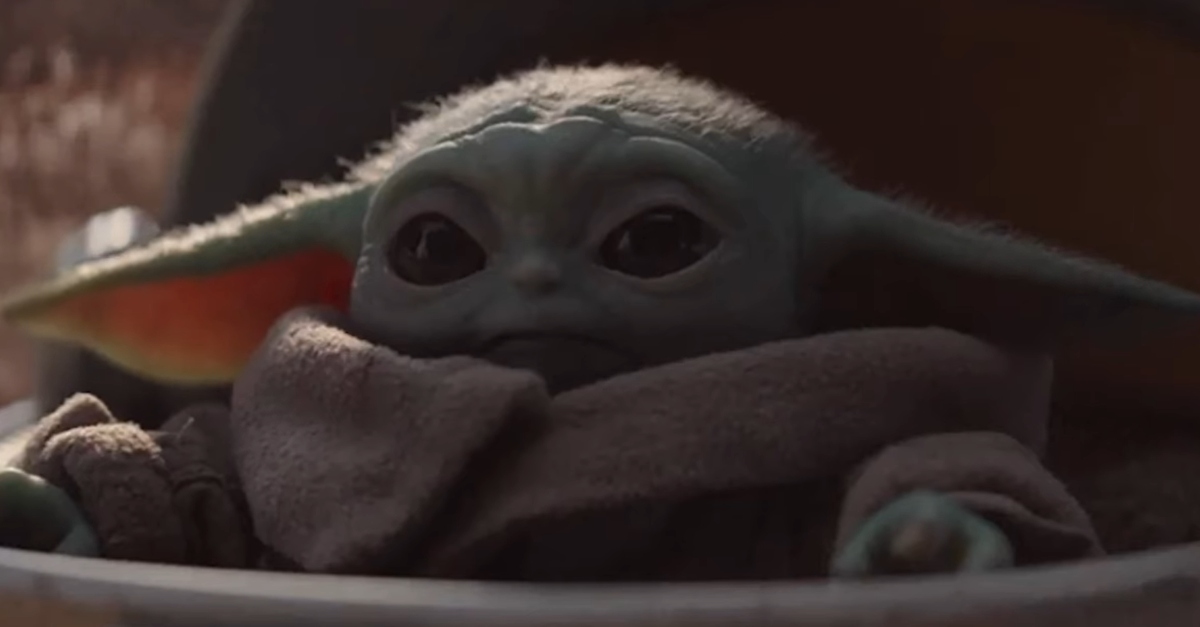 We have important news! Baby Yoda GIFs are back on GIPHY after being suddenly removed! The long national nightmare is over after about four days or whatever.

“Last week, there was some confusion around certain content uploaded to GIPHY and we temporarily removed these GIFs while we reviewed the situation,” a GIPHY spokesperson told Law&Crime in a statement. “We apologize to both Disney and Vulture for any inconvenience, and we are happy to report that the GIFs are once again live on GIPHY.”

THE GIFS ARE BACK EVERYBODY STAND DOWN https://t.co/wXvR7JLbXH

Everything is fixed. The world has no more problems.

TV critic Kathryn VanArendonk, a writer for Vulture, called attention to the sudden disappearance of Baby Yoda GIFs from GIPHY on Thursday, saying this was “*very* dumb.” This problem was initially believed to have been caused by copyright issues.

These animated pictures play a role in some reviews for TV series and other pop culture on Vulture. That includes stuff like the new series The Mandalorian, about a bounty hunter in the Star Wars universe protecting a young green alien that belongs to the same species as legendary character Yoda. Fans have taken to calling this adorable small green alien “Baby Yoda.” The lack of GIFs introduced a complication to VanArendonk’s coverage, though she and her colleagues found a workaround.

But this story is bigger than one TV show. It’s bigger than one website, or one reporter. It’s about everyone joining together for a cause bigger than themselves. And by that, we mean that people made goofy posts about the issue.

we must wrest Baby Yoda from the clutches of Disney and distribute his likeness to the people https://t.co/JbPceFJs7f

For my ally is the Baby Yoda GIF. And a powerful ally it is. Life creates it, makes it grow. Its energy surrounds us and binds us. https://t.co/78qpnJRk9q

Baby Yoda gifs coming back to the internet like pic.twitter.com/Rk60MEU622