Epstein Victim: ‘Justice Must Still be Served’ Despite Suicide 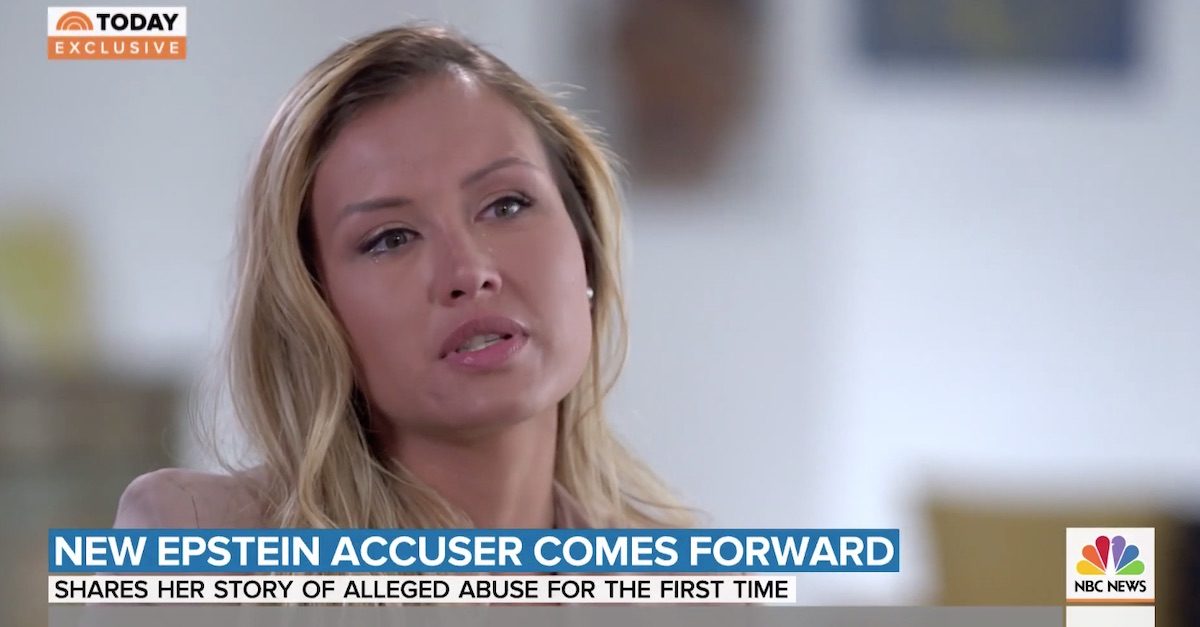 One of the many women that has accused Jeffrey Epstein of raping her when she was below the legal age for consent said Saturday that despite his suicide, she hopes authorities continue to pursue criminal charges against all of Epstein’s alleged co-conspirators.

Jennifer Araoz, 32, released a statement to CNN in which she said that news of Epstein’s suicide made her angry, as he will no longer have to face his victims in court and answer to the criminal justice system

“I am angry Jeffrey Epstein won’t have to face his survivors of his abuse in court,” Araoz wrote in her statement Saturday.

“We have to live with the scars of his actions for the rest of our lives, while he will never face the consequences of the crimes he committed – the pain and trauma he caused so many people. Epstein is gone, but justice must still be served. I hope the authorities will pursue and prosecute his accomplices and enablers, and ensure redress for his victims,” she said.

Although nobody other than Epstein faced criminal charges in the case he was facing, there are currently multiple pending civil lawsuits filed against those alleged to have aided Epstein, including one filed by Araoz which seeks the identity of her female recruiter.

Araoz first came forward about her alleged rape last month in an interview with NBC News.

She told interviewer Savannah Guthrie that she was approached outside the New York City high school she attended in 2001 by a young woman who recruited her to work for Epstein. She was 14-years old at the time.

At first, Araoz gave Epstein massages, which she said steadily escalated sexually. After approximately a year of grooming, when she was only 15-years old, Araoz said Epstein began “forcefully” raping her.

“The victims deserved to see Epstein held accountable, and he owed it to everyone he hurt to accept responsibility for all the pain he caused,” Edwards said.

“We will continue to represent his victims and will not stop in their pursuit of finality and justice.”