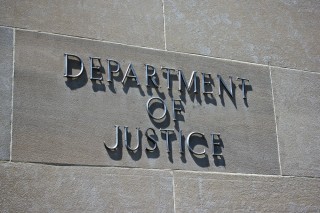 The Department of Justice released a statement today supporting Senator Diane Feinstein‘s (D. Cal), new amendment which advocates for greater background checks for buying weapons.  Feinstein’s bill gives the Justice Department more discretion on how it uses its appropriated funds to conduct background checks in order to keep guns out of the hands of suspected terrorists. This new amendment to a bill in the Commerce, Justice and Science committee comes in the wake of the most horrific mass shooting in the history of the United States.

“In light of the worst mass shooting in our nation’s history, the dangerous loophole in our laws that allows known or suspected terrorists to legally purchase guns has again been exposed. We must act to close this loophole,” Feinstein said according to a statement on her website.

“The Justice Department supports Senator Feinstein’s amendment 4720 to help keep guns out of the hands of individuals believed to be engaged in terrorism.  The amendment gives the Justice Department an important additional tool to prevent the sale of guns to suspected terrorists by licensed firearm dealers while ensuring protection of the department’s operational and investigative sensitivities.  We also continue to support universal background checks as a necessary tool to prevent suspected terrorists from lawfully obtaining firearms,” said DOJ Press Secretary Dena Iverson in a statement.

Under the current law, people who are known or suspected terrorists who do not fall into one of the nine prohibited categories from buying guns, may lawfully purchase firearms.  Among those who have signed on to the bill are Cory Booker (D. NJ), Christopher Murphy (D. Conn), and Harry Reid (D. Nev).  Booker and Murphy lead the filibuster that happened on the Senate floor Wednesday about gun control.