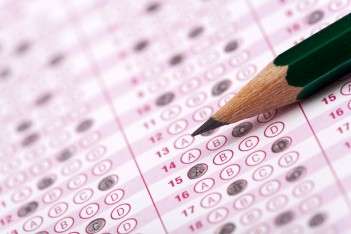 A Harvard Law grad is suing the New York State Board of Law Examiners, claiming its refusal to provide her requested testing accommodations caused her to twice fail the bar exam. Furthermore, the lawsuit claims that “the stigma attaching to bar exam failures” caused her to lose the opportunity to work at a top-tier East Coast based law firm.

According to the complaint, Tamara Wyche claims the New York State Board of Law Examiners violated the Americans With Disabilities Act when they refused to provide special accommodations to her when she sat for the bar exam. Wyche claims to suffer from depression and anxiety disorder, in addition to cognitive difficulties, including memory loss, as the result of a 2009 ATV accident.

When she first applied to take the bar exam, Wyche alleges that she requested to be given 50% extra-time, stop-clock breaks and a private testing room. She also alleges that she attached letters from doctors confirming her diagnoses and a letter from Harvard that confirmed she received similar accommodations from the law school.

After initially denying the requests, the Board revised its decision and granted her stop-clock breaks and allowed her to take the exam in a smaller room with others that requested similar accommodations. Wyche claims she had a panic attack during the exam and she ultimately failed. She took the exam again the following year and was allowed 50% more time, but she was still seated in a smaller room with others. She claims to have suffered panic attacks during the exam and she failed, again.

After failing the bar exam the second time, Wyche claims she lost her job offer from the top-tier law firm.

Wyche took the bar exam again in February 2015 and after receiving what she claims were the full and necessary accommodations, she finally passed the bar exam. However, she claims she has been unable to secure another top-tier law firm because they all turn her down after learning she failed the exam twice. As a result, she claims she is only able to obtain temporary positions that do not pay anywhere near the $160,000 per year she would’ve started out making at the top-tier firm.

Law.com spoke to John McAlary, the exective director of the New York State Board of Law Examiners (and a named defendant in the lawsuit), and he said he was unaware of the lawsuit.