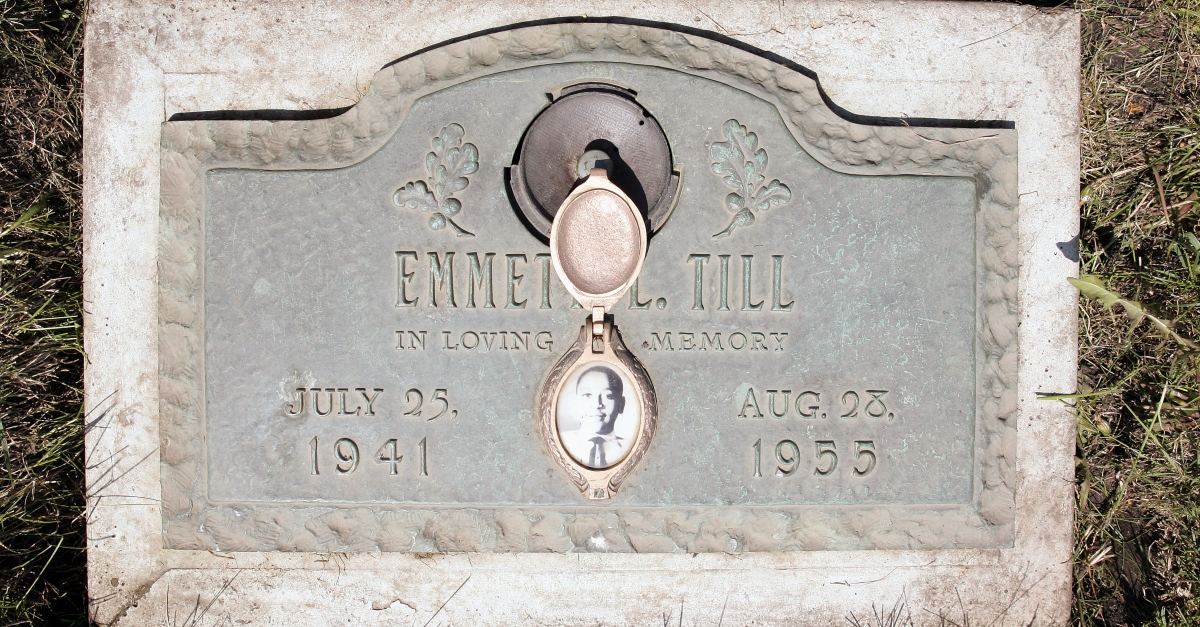 The U.S. Department of Justice on Monday announced the closure of an investigation into whether the woman at the center of the Emmett Till lynching recanted her story.

Officials say that if Carolyn Bryant Donham (now in her 80s) did recant, they cannot prosecute her for perjury because they don’t have the evidence she lied on the stand (this was a state case), and besides, the statute of limitations for a state perjury case ran in 1960. The statute of limitations also ran on whether she lied to the FBI in 2004 when they previously opened an investigation.

“However, in closing this matter without prosecution, the government does not take the position that the state court testimony the woman gave in 1955 was truthful or accurate,” authorities said. “There remains considerable doubt as to the credibility of her version of events, which is contradicted by others who were with Till at the time, including the account of a living witness.”

Attackers beat the 14-year-old Till to death, and weighed him in the Tallahatchie River with a 75-pound cotton gin fan tied to him with barbed wire. An all-white jury convicted Roy Bryant and half-brother John William Milam in a 1955 trial in Mississippi, but these two ended up confessing to kidnapping and murdering the teenager in a January 1956 report from Look magazine.

Till, who was Black, was from Chicago, Illinois, visiting relatives down in the area of Money, Mississippi, when he went to the candy store of Bryant and Bryant’s then-wife Carolyn on Aug. 24, 1955.

“A witness indicated that, contrary to long-standing belief about the events in and near the store, no one challenged Till to speak to or flirt with a white woman who was at the store,” the DOJ said. “Nor did Till show a photo of a white girl to the men standing outside the store. Rather, Till bought some items in the store and left with one of his companions without incident. According to this witness, the woman then left the store, unhurried and undisturbed, at which time Till whistled at her. Till’s companions, aware of the dangers posed to Black men perceived to have violated the unwritten, racist code prevalent in the Jim Crow South, hurried to get Till away from the store.”

Four days later, Bryant, Milam, and at least one other person kidnapped the teenager from his relatives’ home. Both Bryant and Milam are dead, but Donham–who testified outside of the presence of jurors that Till touched her and made sexually vulgar statements at her–recanted her account, according to Professor Timothy B. Tyson in a 2017 book “The Blood of Emmett Till,” according to The New York Times.

The DOJ, however, determined they just did not have enough to go on.

Specifically, the professor asserted that, during a 2008 interview with the woman, she handed him a transcript of her sworn 1955 testimony and said, “[t]hat part’s not true.” If credible, the professor’s assertion suggests that the woman lied in state court and confessed to having done so. The alleged recantation raised questions about whether the woman would be willing to acknowledge to federal authorities that her prior versions of events had been untruthful and whether she now would provide new and accurate information relating to the abduction and murder of Till.

The woman however, when asked about the alleged recantation, denied to the FBI that she ever recanted her testimony and provided no information beyond what was uncovered during the previous federal investigation. Although lying to the FBI is a federal offense, there is insufficient evidence to prove beyond a reasonable doubt that she lied to the FBI when she denied having recanted to the professor. There is insufficient evidence to prove that she ever told the professor that any part of her testimony was untrue. Although the professor represented that he had recorded two interviews with her, he provided the FBI with only one recording, which did not contain any recantation. In addition, although an assistant transcribed the two recordings, neither transcript contained the alleged recantation. The professor also provided inconsistent explanations about whether the missing recording included the alleged recantation or whether, instead, the woman made the key admission before he began recording the interview.

Tyson defended his work in an email to the Times. He acknowledged he did not record the recantation, but took detailed notes.

“Carolyn started spilling the beans before I got the recorder going,” he said. “I documented her words carefully. My reporting is rock solid.”