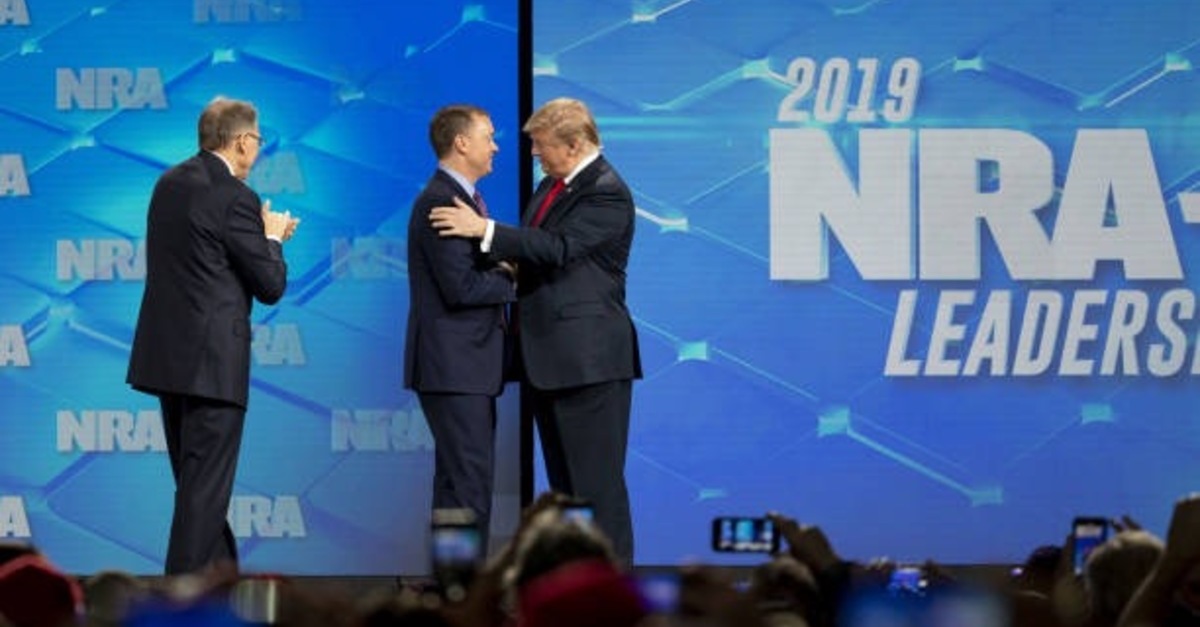 House Democrats seem to think President Donald Trump might have been bribed by the National Rifle Association (NRA).

“We are writing with serious concerns regarding a September 27 meeting between President Trump and Wayne LaPierre,” the letter begins, “We respectfully request you investigate whether Mr. LaPierre attempted to bribe the President.”

LaPierre worked as a lobbyist for nearly all of his adult life and began his tenure at the NRA in 1977. Since 1991, LaPierre has served as the organization’s Chief Executive and Executive Vice President—where he currently makes more than $5 million per year.

According the Democratic letter, LaPierre offered up some of the NRA’s largesse to help with the 45th president’s political fortunes in return for thoroughgoing commitment to supporting an unfettered Second Amendment.

During the meeting, which was first reported by the New York Times, it is alleged that Mr. LaPierre and President Trump discussed gun control legislation and the potential for the N.R.A. to provide support to the president as he faces an impeachment inquiry in the House…Mr. LaPierre [reportedly] offered such support if the President would “stop the games” with gun legislation and cease pursuing new gun control measures.

“As former prosecutors, we are deeply troubled that Mr. LaPierre discussed with the President these two subjects in the same conversation,” the letter continues. “Depending on what exactly was said, it would either be massively inappropriate or an attempt at bribery.”

Rice and Lieu note that attempted bribery of public officials is “prohibited under 18 U.S.C. 201 (b).”

“In executing its ‘top criminal investigative priority’ of combatting public corruption, we believe the FBI has a duty to swiftly examine this potentially illegal behavior,” the letter concludes.

Law&Crime reached out to the NRA for comment. This article will be updated if and when there is a response.