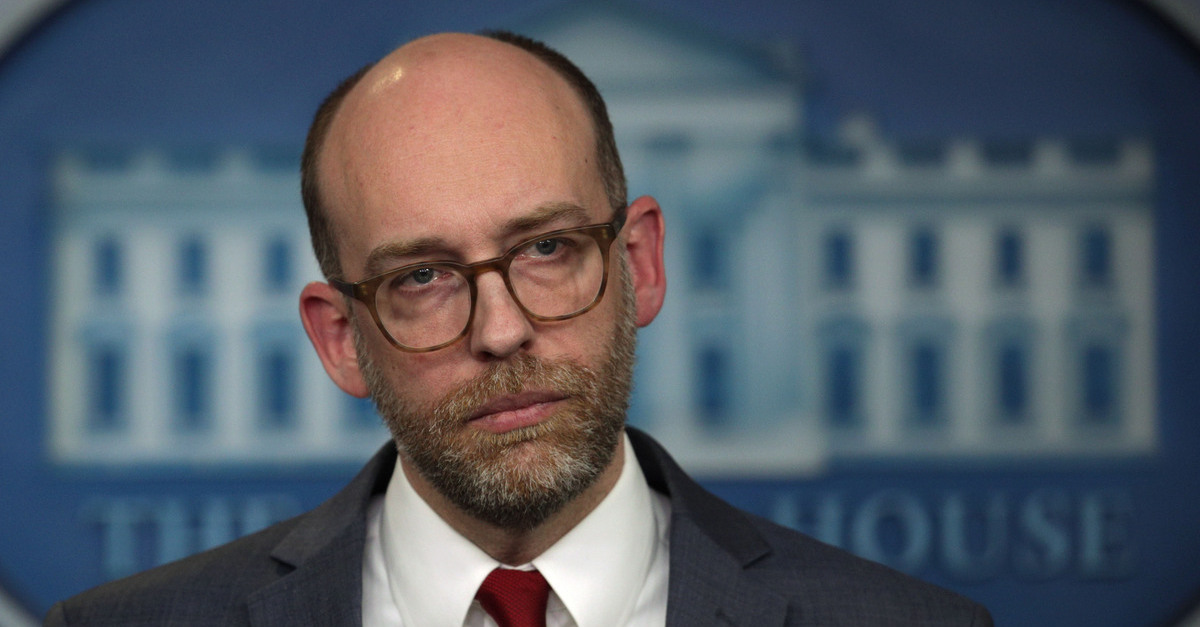 Impeachment investigators with the U.S. House of Representatives issued subpoenas to three Trump additional administration officials on Friday afternoon–including one official who has previously attacked the Democratic Party’s impeachment process as a “sham.”

Russ Vought was elevated to the role of acting director of the Office of Management and Budget (OMB) after Mick Mulvaney was appointed acting White House chief of staff in January of this year.

Since then, Vought has acted as both the nation’s top budgeting official and an attack dog of sorts for the 45th president–telling CNBC in March that he was tired of congressional Democrats refusal to fund President Donald Trump‘s oft-promised wall along the U.S.-Mexico border because the border situation was “deteriorating by the day.”

“This is an area of where we’re tired of being right,” Vought said during an interview on the network’s Squawk Box program.

Vought was initially subpoenaed on October 7 by the House Permanent Select Committee on Intelligence for nine separate sets of “documents and communications” including any and all information related to “actual or potential withholding, freezing, reviewing, delaying, deferring, directing, impounding, or releasing foreign assistance of any kind, including security assistance, to Ukraine.”

That subpoena was all-but ignored; answered in substance by a blistering letter from White House Counsel Pat Cipollone.

“Because participating in this inquiry under the current unconstitutional posture would inflict lasting institutional harm on the Executive Branch and lasting damage to the separation of powers, you have left the President no choice,” Cipollone wrote on October 8 in response to numerous subpoenas issued to White House personnel. “President Trump cannot permit his Administration to participate in this partisan inquiry under these circumstances.”

“Your failure or refusal to appear at the deposition, including at the direction of behest of the President or the White House, shall constitute evidence of obstruction of the House’s impeachment inquiry and may be used as an adverse inference against the President,” the two-page letter warned.

Vought himself then sprung into defensive posture on his own behalf.

“I saw some Fake News over the weekend to correct,” he tweeted on October 21. “As the [White House] letter made clear two weeks ago, OMB officials – myself and Mike Duffey – will not be complying with deposition requests this week. #shamprocess.”

Duffey was also subpoenaed on Friday.

Some language from that earlier deposition request letter was reproduced verbatim in a Friday letter announcing the subpoena.

“On October 21, 2019, the [OMB] informed [impeachment investigators] that you would not voluntarily appear at a deposition per the White House Counsel’s October 8, 2019 letter,” the committee chairs wrote on Friday. “The Committees therefore have no choice but to issue a subpoena compelling your mandatory appearance.”

Under the subpoena, Vought would testify before the committee on November 6.

Democrats could move to enforce the subpoena if Vought continues to refuse, which would likely result in jail time for the acting OMB director, however, there is currently no indication that Democrats are prepared to wield such power.

The third person subpoenaed was State Department counselor T. Ulrich Brechbuhl, who was mentioned by name in both the whistleblower complaint and in U.S. Diplomat to Ukraine Bill Taylor’s testimony.