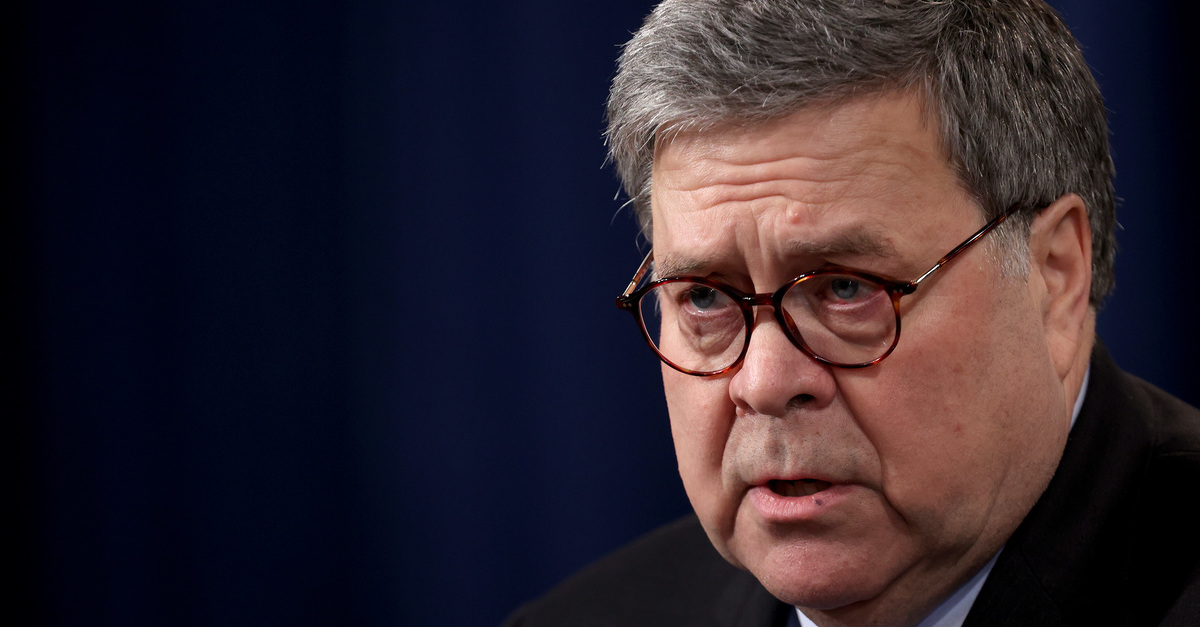 The onetime top impeachment lawyer for House Democrats criticized Attorney General Bill Barr over statements Barr made on Monday after a reporter asked about potential criminal investigations leading up to the 2020 election.

Former federal prosecutor and former MSNBC legal analyst Daniel Goldman slammed Barr for “hypocrisy” and accused him of being little more than a political operative and toady for the White House in a brutal assessment via Twitter.

During a Monday press briefing largely comprising jabs at Apple Inc. over the tech giant’s longstanding refusal to unlock iPhones for law enforcement, the 77th and 85th attorney general took a question about the so-called “Obamagate” scandal. Barr used the opportunity to draw a contrast between his leadership at the Department of Justice (DOJ) and the scandalized decision-making that emanated from James Comey’s Federal Bureau of Investigation (FBI) in 2016.

“We saw two different standards of justice emerge,” Barr said in response to a question from NBC’s Pete Williams about the possibility of prosecuting Barack Obama and Joe Biden. “One that applied to President Trump and his associates and the other that applied to everybody else.”

Presumably, Goldman is referring in the last line to the DOJ’s motion to dismiss Michael Flynn’s case.

Step Two may be the arrest and prosecution of the President’s enemies.

Then we are simply an autocracy.

Those comments by Barr, however, were couched in a longer discussion that vacillated between criticizing what law enforcement and intelligence agencies said and did during the 2016 presidential election and what both institutional components of the state did during the first two years of President Donald Trump’s administration.

Rolling those disparate actions together was arguably an effort toward conflation. And the former Southern District of New York assistant U.S. attorney saw that effort as an exercise in self-deception at least.

“This exposes the hypocrisy of Barr,” Goldman tweeted on Tuesday morning. “Before the election, the public was aware of an investigation into only one candidate: Hillary Clinton. Barr is the one who has installed two standards of justice: one for President Trump and his associates and one for everybody else.”

Barr also disdained the idea of launching investigations into either Biden or Trump–saying he wanted Americans focused on a policy debate instead of a criminal debate during the next election–and repeatedly returned to criticizing prior inquiries into his own boss.

“Any effort to pursue an investigation of either candidate has to be approved by me,” Barr said. “The law enforcement and intelligence apparatus of this country were involved in advancing a false and utterly baseless Russian collusion narrative against the president.”

Goldman’s criticism of Barr is firmly in line with critical assessments of the attorney general’s history–specifically his prior history in that exact role when he served under George H.W. Bush and advised the since-deceased former president to pardon six individuals charged and sentenced in the Iran-Contra scandal.

“I don’t remember going through the pardon office, but I did ask some of the seasoned professionals around the Department about this, asked them to look into it,” Barr admitted during a 2001 interview. “Based on those discussions, I went over and told the President I thought he should not only pardon Caspar Weinberger, but while he was at it, he should pardon about five others.”

But there were clearly political concerns at work. Those six individuals also happened to be Bush’s own alleged co-conspirators.