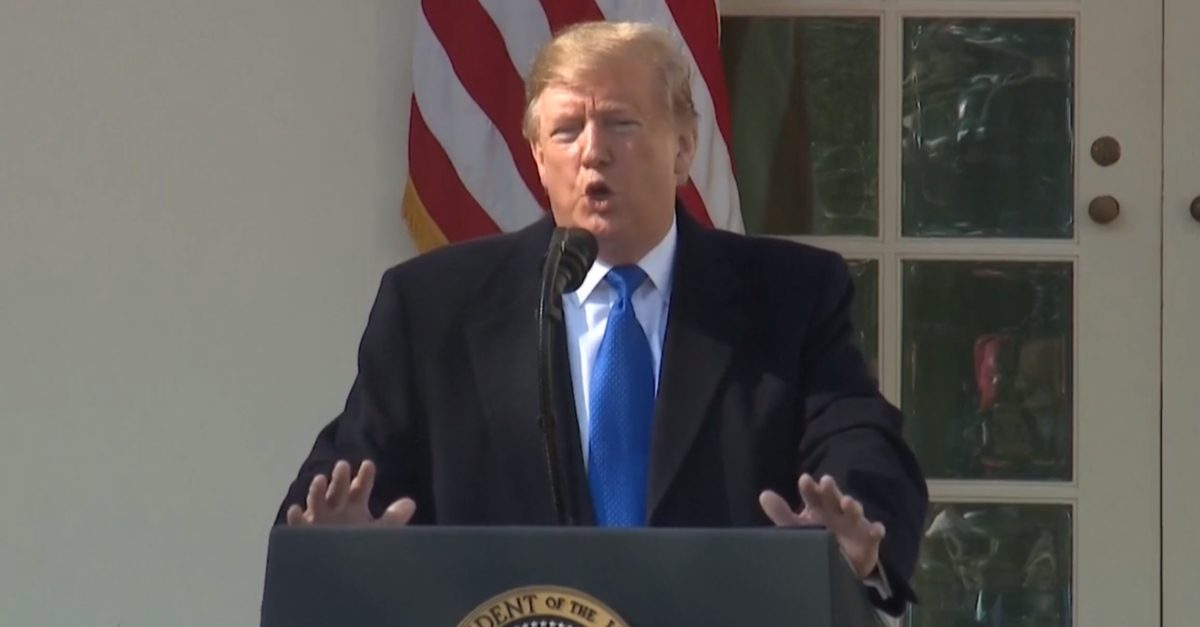 The City of San Francisco filed a lawsuit against Trump Administration over its new “conscience rule,” which allows health care professionals to opt out of providing treatments they oppose on religious or moral grounds. President Donald Trump announced the new rule during a National Day of Prayer event at the Rose Garden on Thursday, telling the crowd that “just today we finalized new protections of conscience rights for physicians, pharmacists, nurses, teachers, students, and faith-based charities.”

The new rule is aimed at protecting health workers and institutions from having to violate their religious or moral beliefs by participating in abortions, providing contraception, sterilization or other procedures. Implementation of the rule has been a top priority for religious conservatives and pro-life supporters.

The new rule is extremely broad, applying not only to persons charged with administering medical treatment such as doctors and nurses, but also allowing for conscientious objections from employees only tangentially related to a patient’s healthcare — such as secretaries and appointment schedulers.

San Francisco City Attorney Dennis Herrera filed the lawsuit in the District Court for Northern California, just hours after Trump’s announcement. The lawsuit claims that the new rule exceeds the statutory authority of the U.S. Department of Health and Human Services, while also violating the establishment clause, the spending clause, separation of powers, and the right to due process.

According to Herrera’s office, if San Francisco refuses to comply with the new rule, the city would be at risk losing approximately $1 billion in federal funding that support programs such as Medicaid, Medicare, HIV treatment, and medical assistance for low-income families.

The City’s lawsuit seeks to have the new rule declared unconstitutional and requests a temporary enjoinment to prevent the rule from going into effect.

“By adopting excessively broad definitions of statutory text and conditioning receipt of federal funds on compliance with the resulting conditions, Defendants unconstitutionally intrude upon and usurp powers that have been assigned to Congress, violating principles of separation of powers,” the lawsuit said, in part.

City and County of San Fran… by on Scribd