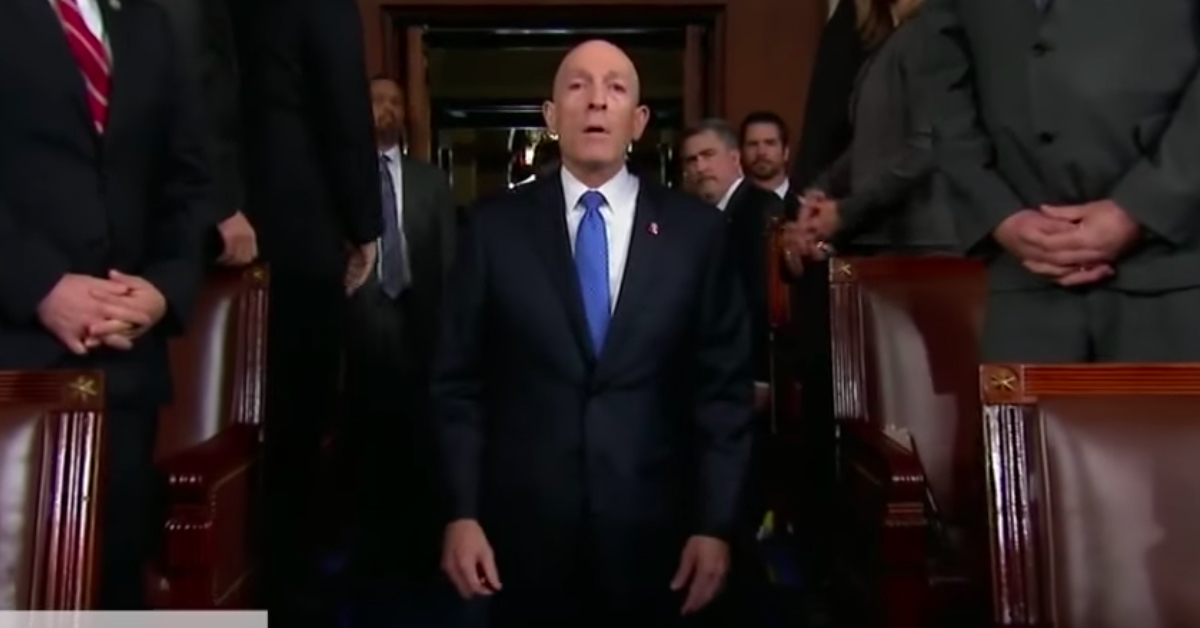 Two of the top federal officials charged with overseeing security and safety at the U.S. Capitol tendered their resignations after supporters of President Donald Trump on Wednesday easily crossed law enforcement barriers, stormed the building, and rioted with lawmakers still inside.

U.S. Capitol Police Chief Steven Sund and Senate Sergeant-At-Arms Michael Stenger will both step away from their roles due to the act of alleged insurrection that left five people dead, including 42-year-old Capitol Police officer Brian D. Sicknick, who was fatally wounded after being hit in the head with a fire extinguisher.

Senate Majority Leader Mitch McConnell on Thursday called the debacle a “massive failure of institutions, protocols, and planning that are supposed to protect the first branch of our government,” saying he had requested and received Stenger’s “immediate resignation.”

“Deputy Sergeant at Arms Jennifer Hemingway will now serve the Senate as Acting Sergeant at Arms, pursuant to statute,” McConnell said in a Thursday evening statement. “I thank Jennifer in advance for her service as we begin to examine the serious failures that transpired yesterday and continue and strengthen our preparations for a safe and successful inauguration on January 20th.”

Prior to McConnell asking for Stenger to resign, the fate of the Senate’s highest-ranking law enforcement officer had already been sealed, as soon-to-be Senate Majority Leader Chuck Schumer said he would oust him upon taking control of the chamber.

“If Senate [Sergeant-at-Arms] Stenger hasn’t vacated the position by then, I will fire him as soon as Democrats have a majority in the Senate,” Schumer said in a statement to NPR.

Chief Sund resigned from leading the Capitol Police at the behest of House Speaker Nancy Pelosi. In a statement released Thursday morning, Sund said that those involved in the “riotous actions” were “determined to enter into the Capitol Building by causing great damage,” adding that “these individuals actively attacked” police and other uniformed law enforcement officers.

“The violent attack on the U.S. Capitol was unlike any I have ever experienced in my 30 years in law enforcement here in Washington, D.C.  Maintaining public safety in an open environment – specifically for First Amendment activities – has long been a challenge,” he said. “The USCP had a robust plan established to address anticipated First Amendment activities.  But make no mistake – these mass riots were not First Amendment activities; they were criminal riotous behavior.  The actions of the USCP officers were heroic given the situation they faced, and I continue to have tremendous respect in the professionalism and dedication of the women and men of the United States Capitol Police.”

The strategy to prepare for only non-violent protest activity struck many as shockingly myopic, as reports for weeks had been detailing that pro-Trump extremists had been openly planning to wreak havoc in the nation’s capital. More shocking to some were videos circulating online which — to use NBC’s verbiage — “appeared to” show the police “let[ting] pro-Trump rioters inside the legislative building.” Former U.S. Capitol Police Chief Terrance Gainer told NBC that the police may have felt overpowered and may have let the protesters inside to result in less of a catastrophe than might have occurred had they been held at bay.