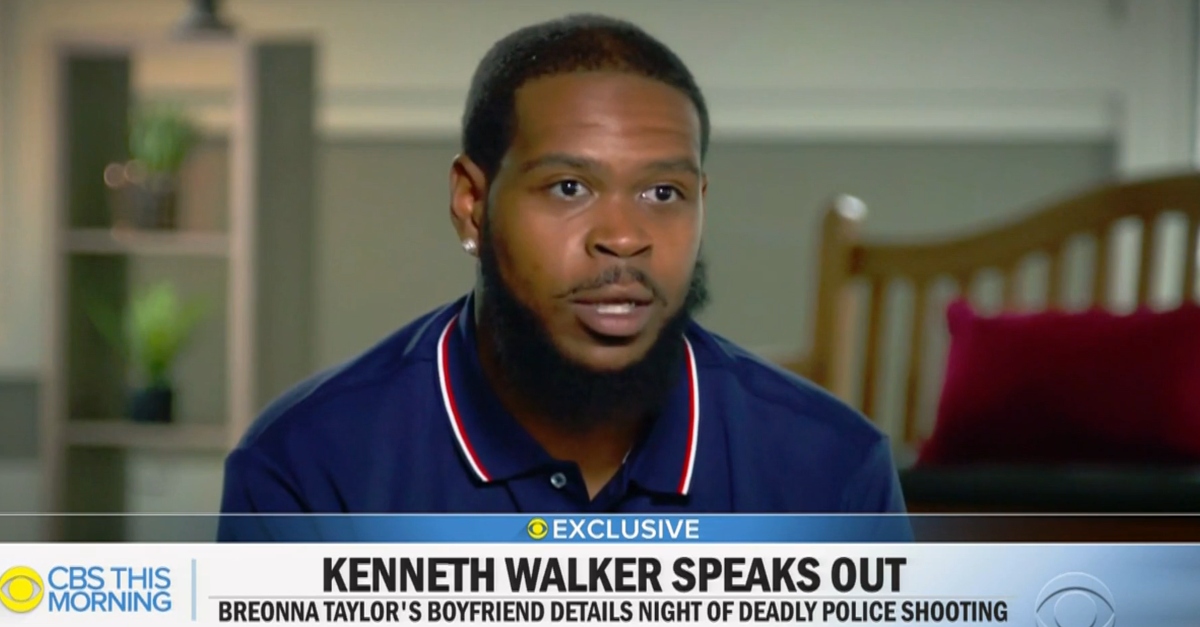 Kenneth Walker, the boyfriend of late Kentucky woman Breonna Taylor, said in a new interview that the public probably would not know about the fatal March 13 raid if he had died.

Taylor died when police attempted to execute a no-knock search warrant at her apartment. Walker told King that he and Taylor had been watching a movie in bed when they heard a “loud bang at the door.” According to this account, they called out, asking who was there.

“I’m a million percent sure that nobody identified themselves,” he said, stating that if officers had knocked on the door and declared themselves, they could hear them. “It was dead silent.”

They did not know it police were at the door, he said. Walker said the door flew off the hinges, he fired a single shot, and police fired after that.

“I pulled her down to the ground,” Walker said. “But, you know, she was scared so she just didn’t get down.”

Taylor was fatally wounded by police gunfire. In the interview, Walker discussed allegations previously mentioned in his lawsuit over the shooting: that a police officer said it was “unfortunate” that Walker was not shot, and that another told him there was a “miscommunication.” Taylor’s family settled their own lawsuit against the city.

Prosecutors said Walker’s bullet hit Sgt. Jonathan Mattingly in the leg, and Walker was charged accordingly with attempted murder. That case was dropped amid concerns about the warrant and the manner it was supposed to be executed; neither Walker nor Taylor had a criminal history, and no drugs were found at the apartment.

No one has been charged in Taylor’s death. Only now-fired Detective Brett Hankison was indicted in connection to the raid, but because he allegedly fired bullets into a neighboring apartment occupied by a man, pregnant woman, and child. Neither Mattingly nor Detective Myles Cosgrove, who both opened fired, were charged. In explaining his position on the charges, Kentucky Attorney General Daniel Cameron (R) said that Mattingly and Cosgrove were justified as a matter of self-defense. He said that there was a witness that said police did announce themselves at the door. (That witness reportedly changed his story after initially saying nobody identified themselves.)

Hankison pleaded not guilty to three counts of wanton endangerment. Before the indictment, Mattingly asserted that police did the “legal, moral and ethical thing” on March 13.

“Regardless of the outcome today or Wednesday, I know we did the legal, moral and ethical thing that night,” he wrote. “It’s sad how the good guys are demonized, and criminals are canonized.”