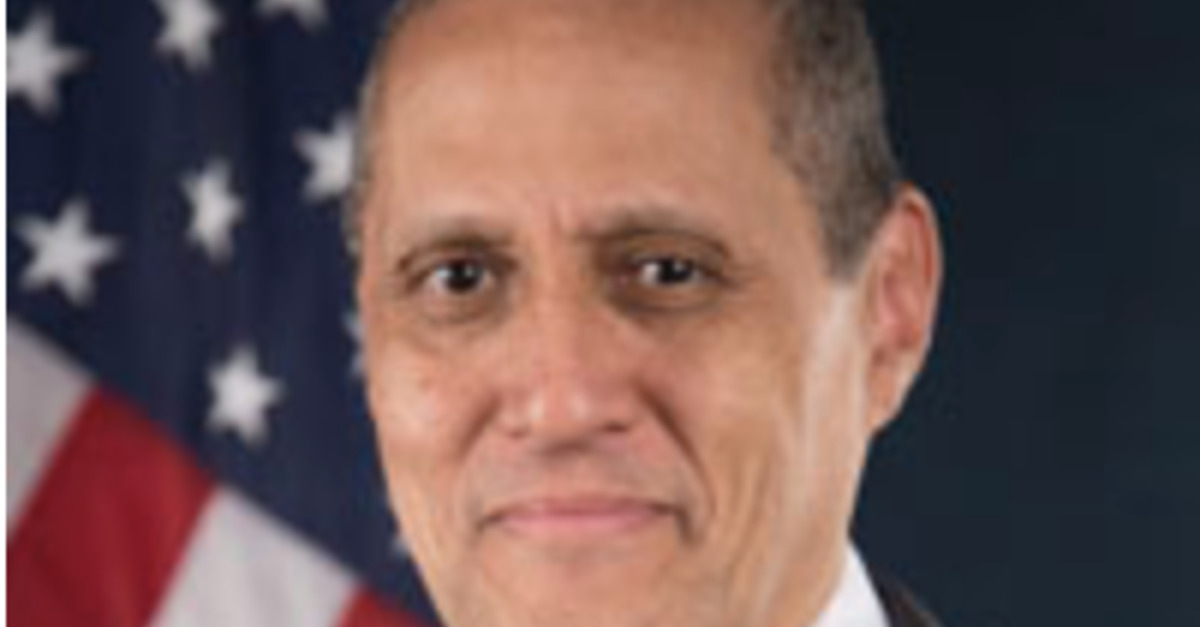 It’s been a long time coming. Now Channing Phillips is coming back to the place where he cut his teeth—and unnerved advocates of press freedom.

Originally reported by Business Insider, the long-serving Democratic Party prosecutor is President Joe Biden’s choice to serve as acting U.S. Attorney for the District of Columbia. He will join the office as it prosecutes literally hundreds of individuals who allegedly took part in the right-wing attack on the U.S. Capitol Complex on Jan. 6.

“Effective tomorrow, Channing Phillips will take the reins as the Acting United States Attorney for the District of Columbia,” Sherwin said in the memo to office staff.

Sherwin, who was asked to resign from his post by the nascent Biden administration, will stay on to supervise the Capitol riot probe “at the request of” the U.S. Department of Justice (DOJ), according to the memo.

In January 2017, Phillips controversially pursued charges against journalist Aaron Cantú for covering the January 20 protests against Trump’s inauguration. The move drew the ire of multiple media outlets and The Reporters Committee for Freedom of the Press.

Cantú was one of over 230 protesters and journalists swept up in a highly-criticized show-trial-like indictment by the D.C. U.S. Attorney’s Office. Most of those originally targeted had their charges dropped relatively quickly. But the government kept prosecuting Cantú before finally dismissing the indictment in July 2018.

“I’m stunned,” Cantú told the Santa Fe Reporter, where he works as a staff reporter. “It’s still sinking in. The trauma has been really severe. It’s taken a lot to be able to just hold it together and come to work and do the work. And now that that thing is not there, I need to figure out how to live my life.”

Phillips was nominated to serve as the D.C. U.S. Attorney by then-president Barack Obama in October 2015 and served as the district’s acting U.S. attorney for nearly two years before leaving the post in September 2017. Never confirmed for the position, Phillips was eventually replaced by Jessie Liu, an appointee of then-president Donald Trump. Liu, you may recall, was replaced at a time when the DOJ was looking to undo the Michael Flynn prosecution and other Mueller probe-related cases. Then-Attorney General Bill Barr’s former top aide Timothy Shea took over and oversaw the office’s highly publicized and controversial walk-back on Roger Stone’s sentencing recommendations. After the winds of scandal and intrigue died down, Sherwin was named acting U.S. Attorney.

The D.C. U.S. Attorney’s Office is one of Phillips’s two second homes.

He began working in the dual-purpose district and federal office in 1994 as an assistant U.S. attorney after being hired by Eric Holder, who was U.S. attorney at the time. At first, he prosecuted “violent crime, drug trafficking, gun, and fraud offenses,” according to his archived DOJ biography. Phillips eventually served as the office’s spokesperson and was briefly interim U.S. attorney after Holder took the top spot at DOJ during the Obama administration.

Prior to his work in the office that he’ll soon be leading, Phillips served a four year stint with the DOJ’s Criminal Division, where he worked in what was then known as the Organized Crime and Racketeering Section but which is currently called the Organized Crime and Gang Section. In 2010, Phillips followed Holder back to DOJ where he directly answered to the U.S. attorney general and as executive director of the DOJ’s Diversity Management Advisory Council.

In 2015, Phillips returned to the D.C. U.S. Attorney’s Office. During his second round there, he rectified part of the ultimately botched investigation into the high-profile murder of Federal Bureau of Prison intern Chandra Levy. His predecessor had prosecuted and convicted El Salvadoran national Ingmar Guandique for Levy’s murder after D.C. police ruled out the 24-year-old’s lover, then-representative Gary Condit, a Democrat from California.

After years in prison, Guandique, who had consistently maintained his innocence, was released at Phillips’s request after exculpatory evidence—which was never made public—came to light.

“After investigating this information and reviewing all of the evidence in the case, the government now believes it is in the interests of justice for the court to dismiss the case without prejudice,” Phillips said in a filing that served as the capstone to the case he was originally involved in as the U.S. attorney’s spokesperson.

According to Phillip’s Twitter profile, he is a “Former U.S. Attorney | Career Federal Prosecutor | Concerned Citizen | Wahoo for Life | [and] Jazz Aficionado.”