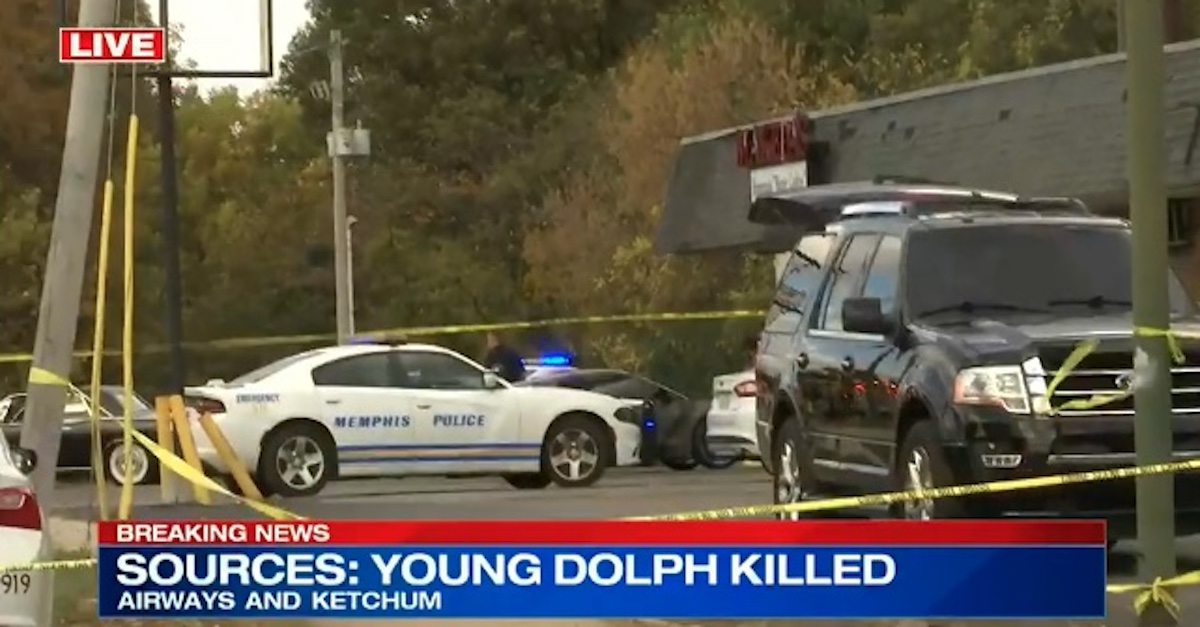 A popular rapper and music executive with multiple Billboard hits has been shot and killed outside a Memphis bakery.

Young Dolph, an accomplished 36-year-old musician followed by millions on Instagram and YouTube, was shot and killed Wednesday afternoon outside Makeda’s Butter Cookies, according to multiple local media reports.

In a statement, the Agency for the Performing Arts, a talent agency that represented Young Dolph, said it is “shocked and deeply saddened” by the rapper’s death.

“All of us at APA are shocked and deeply saddened by the sudden and tragic loss of our dear friend and client, Young Dolph,” an APA representative said in a statement to Variety. “The world has lost an icon, a great man and beloved artist who has been taken too soon. His dedication, drive, hard work and loyalty to all those around him always came first and he will be deeply missed. Our thoughts and prayers go out to his family at this most difficult time.”

The owner of the bakery, Maurice Hill, told local Fox affiliate WHBQ that his employees said Dolph had walked into the store to buy cookies.

“Someone then drove up and then shot and killed him around 1 p.m.,” the report said.

Young Dolph’s Lamborghini was in the parking lot of the bakery when news crews arrived, WHBQ reported.

As of the time of publication, Memphis police had not released information about a suspect.

“A prolific recording artist, he would go on to garner regional acclaim for his steady output, including the High Class Street Music mixtape series that caught the attention of hip-hop stars like Gucci Mane,” Pitchfork reported.

He first cracked the Billboard Hot 100 chart with a guest spot on another artist’s track—and again in 2017 with a Gucci Mane track, according to a Billboard report. He went on to work with rap notables like T.I., 2 Chainz, Juicy J, Jeezy, Rick Ross, Mike Will Made-It, and many others, Pitchfork reported. He released his first studio album, King of Memphis, in 2016 through his own label, Paper Route Empire; his most recent album was 2020’s Rich Slave.

“Young Dolph is well known for handing out turkeys around Thanksgiving in Memphis through the Memphis Athletic Ministries charity, speaking to school children and donating money to his former high school Hamilton High School,” WHBQ reported.

On Monday, he was at the West Cancer Center outside Memphis to give away 200 Thanksgiving turkeys, according to a story by local CBS affiliate WREG.

He was active in his family’s IdaMae Family Foundation, a community-focused philanthropy created in honor of Young Dolph’s grandmother.

He was also apparently a regular customer at the bakery where he was killed, as a Facebook video the bakery posted in July seems to indicate.

Upon hearing news of Young Dolph’s death, several rap luminaries and others who knew him took to Twitter to share their shock and sadness.

“I hope to God these rumors ain’t true about my friend, my brother and a man dear to my Sons,” Sanders had tweeted before Young Dolph’s death was confirmed.

Young Dolph had had previous close calls with gun violence, according to reports.

“In 2017, Young Dolph was hospitalized for multiple gunshot wounds after being shot outside of the Loews Hollywood Hotel in Los Angeles,” Pitchfork reported. “According to the Los Angeles Police Department, an argument between Dolph and three men escalated to a physical altercation that ended in the rapper being shot several times.”

In February of 2017, Young Dolph’s SUV was shot multiple times in Charlotte, but Young Dolph was not hurt. Three people, including fellow Memphis rapper Blac Youngsta, turned themselves in for that shooting, Pitchfork reported.