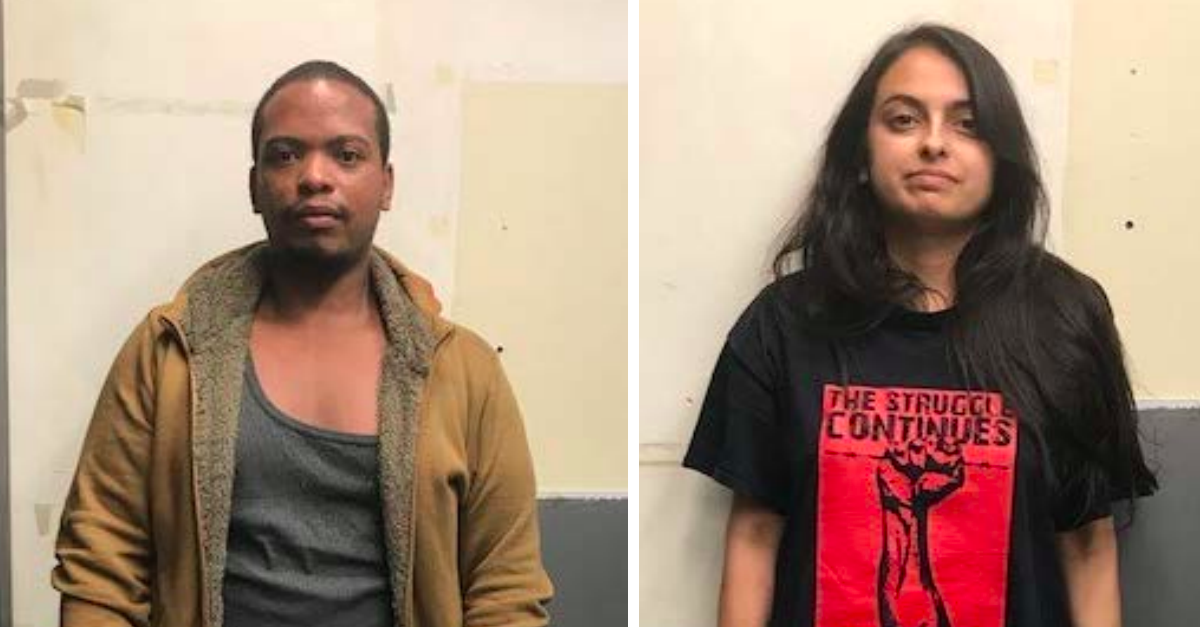 Federal prosecutors on Tuesday asked a federal appeals court to halt a lower court’s order allowing a pair of New York-based attorneys to be released on bail. The two are accused of throwing Molotov cocktails at New York City Police Department vehicles during Saturday evening protests over the police killing of George Floyd in Minneapolis.

Assistant U.S. Attorney David K. Kessler of the Eastern District of New York filed the 83-page motion with the U.S. Court of Appeals for the Second Circuit on Tuesday which seeks an emergency stay of a district court’s oral order permitting defendants Colinford Mattis, 32, and Urooj Rahman, 31, to be released on bond.

Mattis and Rahman each met a $250,000 bond set by a magistrate judge and were released on Monday. The government asked the district court for an emergency stay on the release, but that request was denied.

The motion contends that U.S. District Judge Margo K. Brodie erred in ordering the defendants’ release on bail by failing to fully consider the seriousness of their offense and the risk they pose to the community.

According to the government, not only was Mattis and Rahman’s criminal conduct “extraordinarily serious,” but video footage of the “firebombing” and “overwhelming” evidence found at the scene indicated that the conduct was pre-planned and intended to continue.

The government further argued that the two attorney defendants posed a particularly serious threat to the community – specifically because of their legal backgrounds.

“[T]he defendants — each of whom is an attorney — were already acutely aware of the danger they posed to the public yet acted in total disregard of the law. No electronic monitoring or apartment door can adequately safeguard the community against individuals with that mindset,” prosecutors wrote.

The motion also included a transcript of the defendants’ videoconference arraignment from Monday.

See the government’s full motion below.

[image via U.S Attorney’s Office for the Eastern District of New York]