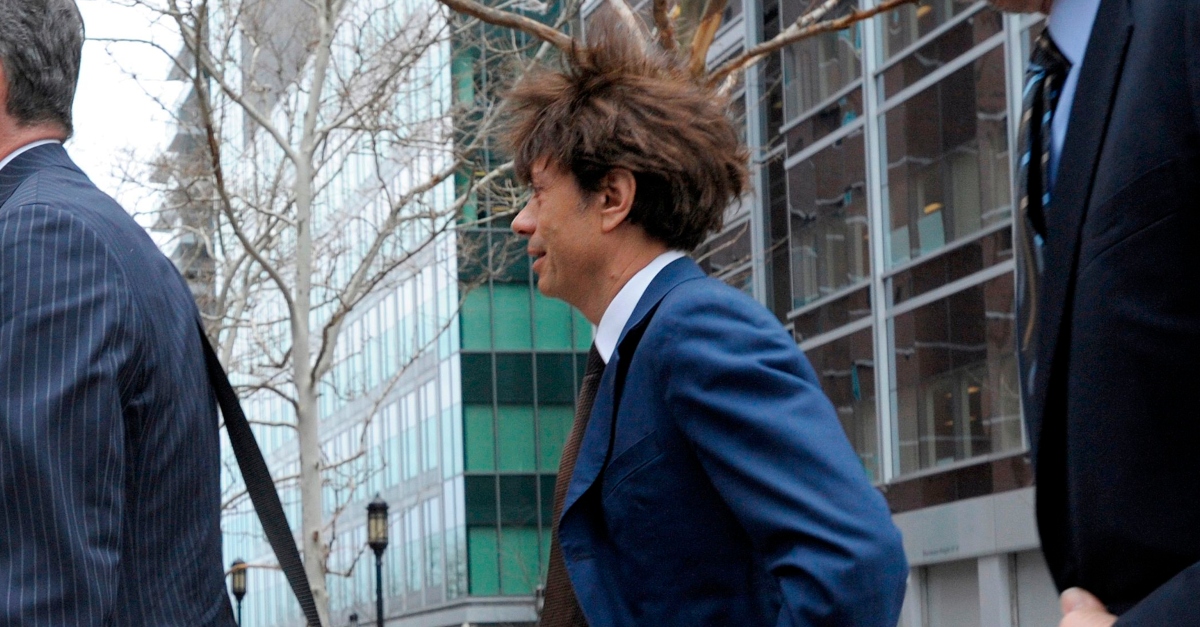 Records show that winemaker Agustin Francisco Huneeus Jr. was sentenced Friday in a Massachusetts federal court for his role in the college admissions scandal. He must spend five months behind bars to be followed by two years of probation, 500 hours of community service, a $100,000 fine, and a $100 special assessment fee. This is the longest sentence in the case to date, according to The San Francisco Chronicle. Legal experts say this result is a bad sign for actress Lori Loughlin.

Federal investigators roped in dozens of criminal defendants over a nationwide scheme in which wealthy moms and dads spent money in trying to illegally buy and bribe their childrens’ way into selective, high-profile universities. The case caught a lot of attention because it fell into a cultural fissure: the dynamics on how wealth can gain access to high status education, and the debate over how this can be unfair even when it’s done legally. And yeah, people also paid attention because actresses Felicity Huffman and Loughlin were charged.

Huffman pleaded guilty to conspiracy to commit mail fraud and honest services mail fraud, expressed remorse, and got 14 days in lock up, to be followed by a year of probation, 250 hours of community service, a $30,000 fine, and a $100 special assessment fee. This is less severe than Huneeus’ in almost every way. His attorney asked for two months behind bars, according to Chronicle. Prosecutors wanted 15 months.

Lori Loughlin and her her fashion designer husband Mossimo Giannulli are currently fighting charges of conspiracy to commit mail fraud and honest services mail fraud, and money laundering conspiracy. There’s curiosity over whether the nice aunt from Full House is going to prison, and for how long. Taken at face value, Huneeus’ sentence isn’t a good sign, assuming she’s convicted at trial. After all, he pleaded guilty. She hasn’t.

“Though many of these defendants are being lumped in together, as they were arrested under similar accusations and under the same cleverly-named sting operation, their actual punishments are highly contingent on the individual facts of their cases and whether or not they’ve pleaded guilty,” Law&Crime host Aaron Keller said in a direct message. “Judges tend to be lenient on people who plead guilty to charges of this type without having prior records. While it’s possible Loughlin could be shown similar leniency if she is convicted, it is not as probable. Bottom line: the plea matters, and the facts matter even more.”

When it comes to the facts of Huneeus’ case, he pleaded guilty in May. Prosecutors described him as “assertive and self-assured” in the two-years interacting with key witness and admitted scheme ringleader William “Rick” Singer, according to the Chronicle. Authorities said he tried to bribe his daughter’s way into the University of Southern California and into its water polo team. He even misused the real tragedy of the 2017 Wine Country fires to get his daughter  out of an SAT prep test, saying she was stressed over the fires, prosecutors said in the report.  This defendant gave $50,000 so that a proctor would fix his daughter’s SAT score, and another $50,000 to a school athletic official. On top of that, he made $200,000 contingent on her getting into the school and its water polo team.

Law&Crime host, criminal defense and former Morris County prosecutor Bob Bianchi told us in a phone call that several things set aside Huneeus’ case from most of the others: The quantity of the money, and the allegation there were two bribes weighed against the defense, Bianchi said. The third thing, which made the government’s case easiest, is that according to prosecutors, this defendant made an additional $200,000 contingent on admission to the school.

For comparison’s sake, Loughlin and her husband allegedly spent $500,000 in bribes to get their daughters’ into USC.

They’re in “serious peril” since they’re not pleading guilty, Bianchi said. Speed in admitting wrongdoing can help defendants get less severe sentences under federal guidelines, he said. It only gets worse as time passes, and the case reaches a grand jury.

“Those who get there soonest get the best,” Bianchi said.