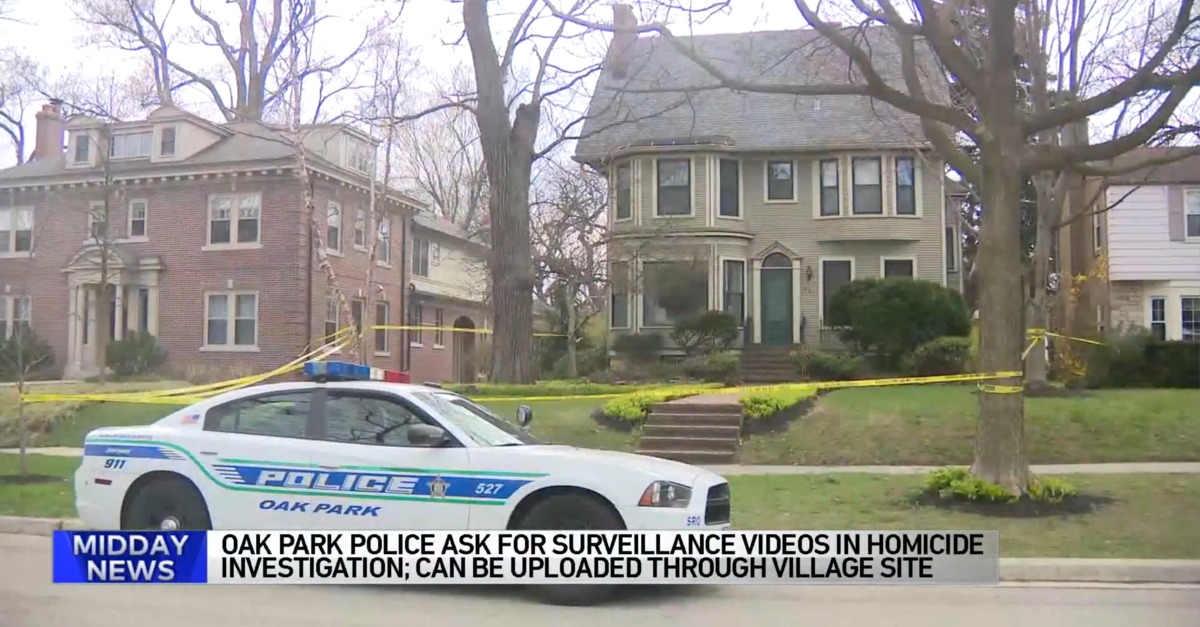 Two prominent attorneys, husband and wife, were recently murdered in a wealthy suburb of Chicago. Now, local police are imploring the public for their help to move the case forward.

“Part of the investigative process is not only to examine the scene, but also to look beyond the incident for movements in the area that might offer clues that can help solve this heinous crime,” Oak Park Police Chief LaDon Reynolds said on Monday. “That’s why I am asking residents in the surrounding blocks to help by sharing any security video they may have recorded up to a week prior to the incident.”

On April 13, police discovered the bodies of 67-year-old Leslie Ann Jones and her 69-year-old husband Thomas E. Johnson–titular partners at the Chicago-based law firm of Johnson, Jones, Snelling, Gilbert & Davis. The couple had been repeatedly stabbed to death.

Details of the grisly slaying filtered out piece by piece last week. First the initial deaths were reported–authorities said the bodies were found under “suspicious circumstances.” That news was quickly followed up by the names of the victims the next day.

Finally, on April 16, as neighbors, friends and family congregated near the newly still and empty house for a memorial, the medical examiner announced that the couple had died from “multiple sharp force injuries” and ruled both of their deaths as homicides.

Oak Park Police have been attuned to the concern caused by the slow drip of information and acknowledged as much in their Tuesday statement.

“The level of resources focused on solving this crime is unprecedented in Oak Park,” Reynolds added. “While it may be difficult for some to understand why more information can’t be released at this time, ensuring the integrity and thoroughness of the investigation must be the number one priority. Keeping the details confidential is an important part of the investigative process.”

Authorities noted that investigators routinely try to obtain private security footage within the immediate vicinity of where a crime was committed but insisted that “even the smallest detail” from neighbors’ own security systems could prove invaluable in the ongoing inquiry. Those interested in helping the investigation are being urged to use the village’s specific upload link available here.

According to the Chicago Tribune, Johnson was well-known in social justice circles due to his work as a hearing officer for the Chicago Police Board. The late attorney oversaw the hearing last year for four officers who were accused of covering up the 2014 murder of Laquan McDonald–one of the pivotal police slayings of innocent black men that led to the #BlackLivesMatter movement.

Johnson presided over some 350 police disciplinary cases over the course of nearly three decades on that oversight panel.

“Tom was an outstanding hearing officer and a wonderful man,” Police Board President Ghian Foreman said in a statement. “All of us on the board admired and respected Tom’s deep knowledge of the law and commitment to fairness. His work was of the highest caliber. Most importantly, he was in our eyes and by all accounts a thoughtful, kind, and caring man.”

Johnson was particularly active in local charities and served for several years, up until her death, on the board of the Hephzibah Children’s Association, a nonprofit focused on providing intensive therapeutic care for severely traumatized children.

“When my husband coached baseball with Tom, they made sure we had a Hephzibah kid on the team,” neighbor Jeanne Gallo told the Tribune. “That’s who they were. They were just so about other people.”