Anti-Chevron Crusader Steven Donziger Denied Reprieve, Says He Must Report to Prison Within a Day 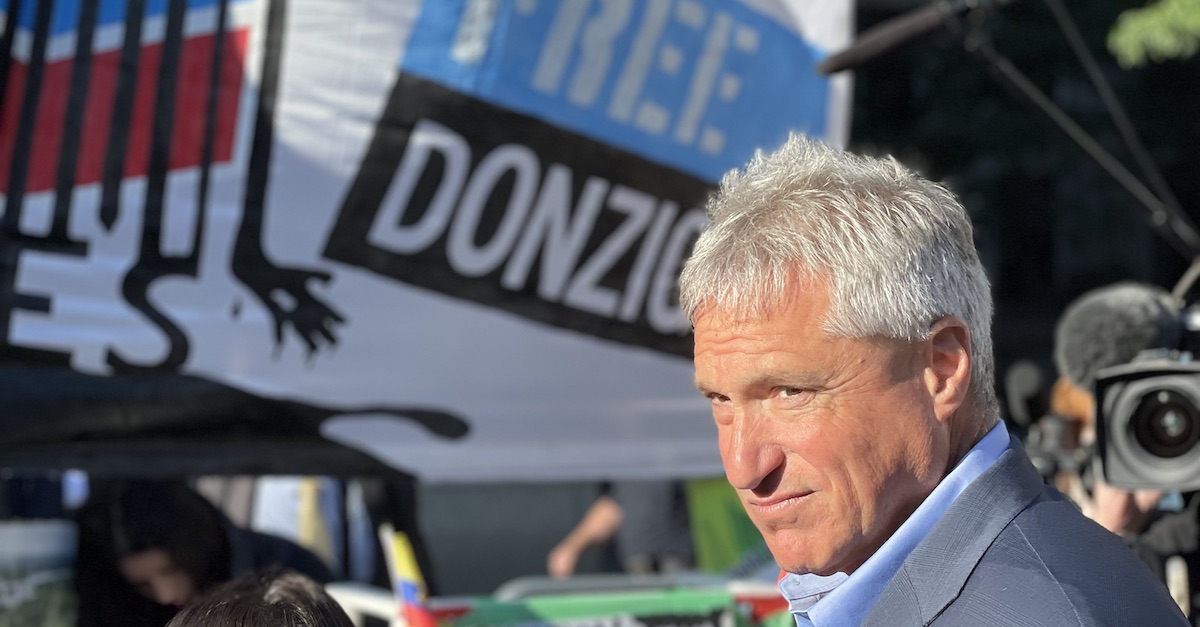 An environmental advocate who helped win a $9.5 billion judgment against Chevron says he must report to prison to serve his six-month sentence by Wednesday afternoon. A trio of federal appellate judges unceremoniously rejected Steven Donziger’s request for bail pending his appeal.

“IT IS HEREBY ORDERED that the bail motion is DENIED,” the Second Circuit’s unanimous three-judge panel wrote.

Sharing the entirety of the order via Twitter, Donziger—hailed by his supporters as an environmental crusader punished for taking on the powerful and depicted by his opponents as a scofflaw—denounced the brevity of the single-paragraph order.

“After 100 pages of legal briefing, the appellate court today denied my release in 10 words,” Donziger tweeted. “This is not due process of law. Nor is it justice.”

Signaling the support he has received from a Nobel Prize winners, international bar associations, members of Congress, a U.N. working group, and more than 100,000 Twitter followers, Donziger added: “We will get through this,” alongside a muscle and heart emoji.

The ruling marks the latest nadir in a reversal of fortune decades in the making.

On Oct. 1, a federal judge dealt the maximum sentence allowable for misdemeanor contempt of court offenses to Donziger, a now-disbarred environmental attorney who spent the better part of his career helping thousands of indigenous and farmer residents of the Ecuadorean Amazon rainforest sue Chevron and its predecessor Texaco for oil pollution to their ancestral lands.

In 1993, Donziger’s clients sued Texaco in New York, and Chevron acquired that company before successfully fighting to move the case to Ecuador in 2001. Chevron ultimately lost that lawsuit in Ecuador to the tune of billions—and collaterally attacked that lawsuit back in New York, claiming that they had been defrauded.

After Chevron won a civil lawsuit accusing Donziger of racketeering, U.S. District Judge Lewis Kaplan—who presided over that civil case—drafted criminal charges against the lawyer after the U.S. Attorney’s Office for the Southern District of New York declined to prosecute him. Donziger maintains his innocence over Chevron’s allegations that he obtained the judgment through fraud and bribery, and he never has been charged with any of that conduct criminally. But Chevron’s counteroffensive has saddled him with enormous legal bills, stripped the Harvard-educated lawyer of his license and will soon send him to prison.

The unusual judge-ordered prosecution leveled six counts of contempt of court, accusing Donziger of refusing to comply with post-trial discovery orders or relinquish his interest in the Ecuadorean judgment. Donziger and his supporters cast his prosecution as a corporate retaliation campaign linked to Chevron.

Kaplan tapped attorneys the private law firm Seward & Kissel—which counted Chevron as a former client—to prosecute Donziger before assigning the case to his colleague, Senior U.S. District Judge Loretta Preska. Neither the civil nor the criminal trial faced a jury, over Donziger’s objections. Both judges ruled against him.

In issuing her six-month sentence, Judge Preska likened the penalty to a “proverbial two-by-four between the eyes” and told Donziger it is “time to pay the piper.”

Now represented by University of Texas law professor Steve Vladeck, Donziger’s appeal attacks the constitutionality of Judge Kaplan’s appointment of a private prosecutor after the U.S. Attorney’s office declined his case. Vladeck urged the court not to let Donziger serve the entirety of his half-year sentence while a lengthy appeals process takes its course.

“Your honor, Mr. Donziger is asking this court only to continue the same bail conditions, including home confinement and electronic monitoring to which he’s been subject since the beginning of this case in August 2019,” Vladeck told the three-judge panel.

Donziger had been on a regime of home detention for more than 800 days.

Attorney Rita Glavin, the private sector lawyer serving as his prosecutor, insisted that circumstance has changed since Donziger’s conviction. She argued that Donziger should be sent immediately to jail because he has political connections inside Ecuador and has a history of flouting court orders.

“There’s a difference between not complying with a discovery order and becoming an international fugitive,” Park said.

Despite that statement, Park joined a unanimous three-judge panel in denying any reprieve for Donziger. Second Circuit Judges Jon O. Newman, a Jimmy Carter appointee, and Eunice Lee, a recent Joe Biden appointee, joined the decision, which did not state its reasoning. The judges granted Donziger an expedited appeal that will see all briefings in by Nov. 18—and set oral arguments on the “first available” date after that.