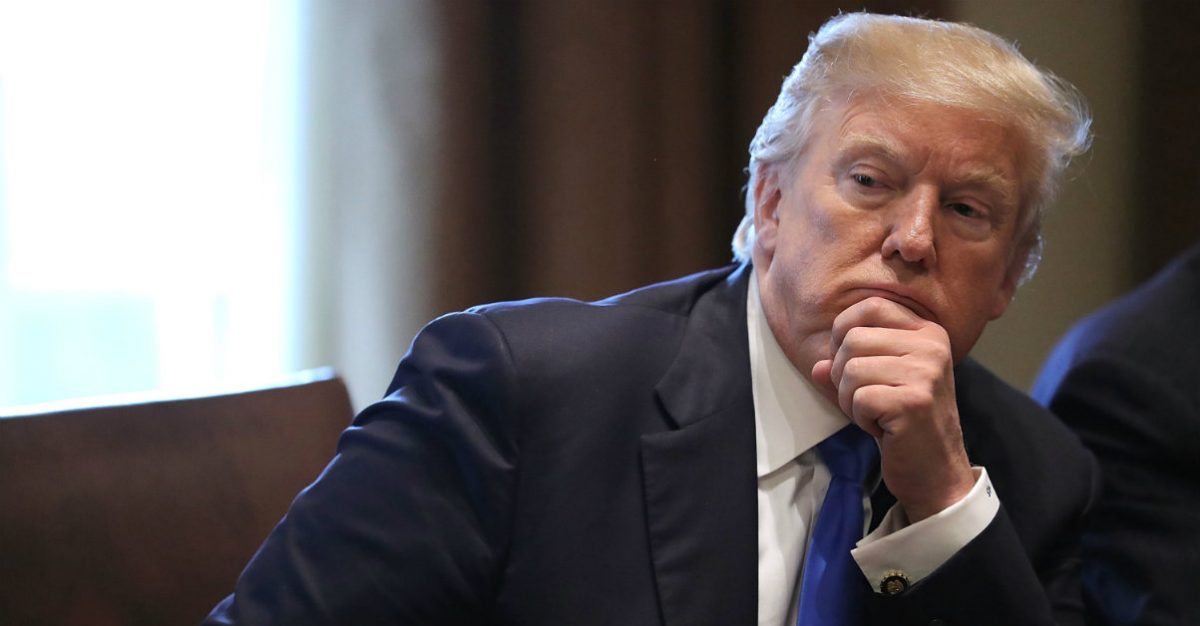 President Donald Trump’s “repeated public and behind-the-scenes attacks” against Amazon and its CEO improperly pressured the Department of Defense (DoD) from choosing the company’s bid for a $10 billion Pentagon contract, according to a federal lawsuit unsealed Monday.

“The question is whether the President of the United States should be allowed to use the budget of DoD to pursue his own personal and political ends,” Amazon’s attorneys wrote.

In a 103-page complaint, the internet behemoth accused the federal government of abandoning objectivity and carrying out Trump’s “personal vendetta” against Amazon founder and CEO Jeff Bezos by awarding the lucrative Joint Enterprise Defense Infrastructure (JEDI) contract to Microsoft instead of Amazon Web Services (AWS).

Bezos also owns The Washington Post, a news outlet which Trump has called “fake news” and accused, without evidence, of printing false stories about his presidency.

“Any meaningful review of that decision reveals egregious errors on nearly every evaluation factor,” the filing stated, “from ignoring the unique strengths of AWS’s proposal, to overlooking clear failures in Microsoft’s proposal to meet JEDI’s technical requirements, to deviating altogether from DoD’s own evaluation criteria to give a false sense of parity between the two offerors.”

Seeking reversal of the decision, Amazon claimed the decision was not based on a dispassionate analysis of the bids, but on President Trump’s personal disdain for Bezos.

“[These errors] were the result of improper pressure from President Donald J. Trump, who launched repeated public and behind-the-scenes attacks to steer the JEDI Contract away from AWS to harm his perceived political enemy-Jeffrey P. Bezos, founder and CEO of AWS’s parent company, Amazon.com, Inc. and owner of the Washington Post,” the lawsuit claimed. “DoD’s substantial and pervasive errors are hard to understand and impossible to assess separate and apart from the President’s repeatedly expressed determination to, in the words of the President himself, ‘screw Amazon.’”

The Pentagon’s chief information officer Dana Deasy in August said the DoD would not rush to a decision regarding the JEDI contract, which was only between Microsoft and Amazon.

“We’ve got to get this right, so we are not going to rush to a decision. We are going to spend whatever time the evaluation team needs to spend to make sure we are picking the best technical solution at the right price with the right criteria,” Deasy told NBC News.

Amazon Complaint by Law&Crime on Scribd