‘Alec Had the Gun in His Hand, He Shot it, Halyna Was Killed’: Family of Slain ‘Rust’ Cinematographer Files Lawsuit Blaming Alec Baldwin for Her ‘Wrongful Death’ 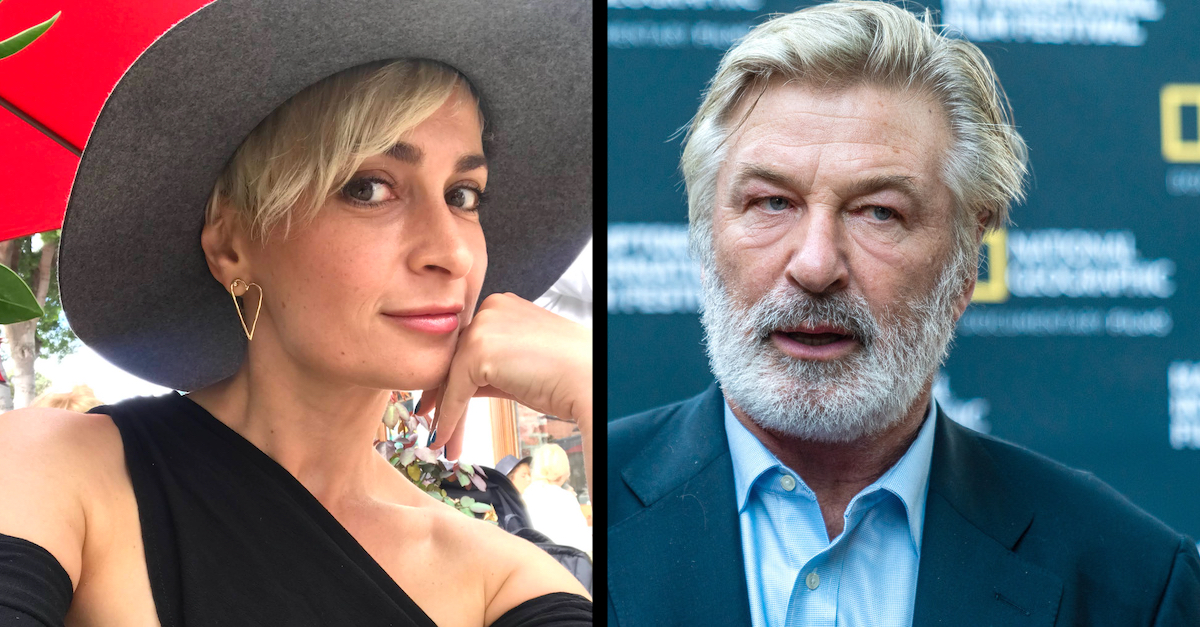 Family of slain “Rust” cinematographer Halyna Hutchins announced, by way of their lawyers, that no fewer than 15 industry safety standards were ignored on the set of the Alec Baldwin-produced Western last year before the fatal shot that took her life.

“Today we filed a wrongful death case on their behalf in Santa Fe,” attorney Brian Panish said during a press conference, saying the lawsuit names “Alec Baldwin and others who were responsible for the safety on the set and whose reckless behavior and cost-cutting led to the senseless and tragic death of Halyna Hutchins.”

“I think it’s clear,” Panish said in response to a technical question about what actually caused the discharge of the weapon that day. “Alec had the gun in his hand, he shot it, Halyna was killed.”

A representative for Baldwin did not immediately respond to a request for comment.

Aaron Dyer, Pillsbury Winthrop Shaw Pittman, attorney for Alec Baldwin and other producers of “Rust,” released a statement disputing the claims in the lawsuit after this story was originally published.

“Everyone’s hearts and thoughts remain with Halyna’s family as they continue to process this unspeakable tragedy,” the attorney said in a statement provided to Law&Crime. “We continue to cooperate with the authorities to determine how live ammunition arrived on the ‘Rust’ set in the first place. Any claim that Alec was reckless is entirely false. He, Halyna and the rest of the crew relied on the statement by the two professionals responsible for checking the gun that it was a ‘cold gun’ – meaning there is no possibility of a discharge, blank or otherwise. This protocol has worked on thousands of films, with millions of discharges, as there has never before been an incident on a set where an actual bullet harmed anyone. Actors should be able to rely on armorers and prop department professionals, as well as assistant directors, rather than deciding on their own when a gun is safe to use.”

The victim’s estate announced its intention to pursue litigation against Baldwin and the other producers late last month.

The complaint obtained by Law&Crime singles out the A-list actor by name as well as 24 other named defendants and up to 100 unnamed parties allegedly responsible for Hutchins’ tragic death:

“Alec Baldwin and others were responsible and are responsible,” Panish reiterated time and time again during the press conference–which featured a nearly 10-minute-long animated video that outlines the major points of the arguments contained in the lawsuit.

“The morning that Halyna Hutchins was shot and killed, tensions among the crew and cast regarding safety on the ‘Rust’ set had boiled over,” the narrator alleges. “The crew had warned the production that the set was ‘super unsafe’ and that safety was a massive issue.”

As the allegations, also in caption form, scroll across over the dramatized, animated version of the fatal incident, the video also shows a series of text messages and emails purportedly raised by the workers on the ill-fated set about those myriad safety concerns.

“After the warning of the unsafe production, the workers that had complained quit in protest of the safety conditions,” the narration/caption continues. “The producers directed the ‘super unsafe’ production to continue.”

“Mr. Baldwin and the Rust crew and cast committed major breaches of industry safety protocols, as developed and written by the Industry Wide Labor-Management Safety Committee and other industry organizations,” the narration goes on before describing the circumstances immediately prior to the shooting as a “line up.”

During the press conference, the family’s attorneys were clear that the Hutchins estate believes Baldwin should have known better than to “play cowboy” with a live gun on the set of a Hollywood production.

“There are many people culpable but Mr. Baldwin was the person holding the weapon,” Panish said.

When asked what he hoped the lawsuit would accomplish, the lead attorney noted that the incident left an entire family grieving.

“To hold the people accountable who are responsible,” Panish replied. “And to seek compensation, just and fair” for Hutchins’ surviving husband and son.

“We need to hold the people fully responsible who engaged in this cost-cutting,” he added.

In response to a question from a reporter about whether any particular piece of evidence stod out as potentially more influential than the other, the attorney demurred.

“The totality of it is just overwhelming,” he said.

Read the lawsuit in full below:

[images: Halyna Hutchins provided by her family via their attorneys; Alec Baldwin via Mark Sagliocco/Getty Images for National Geographic]

Editor’s note: this article has been amended post-publication to include a comment from Alec Baldwin’s attorney.