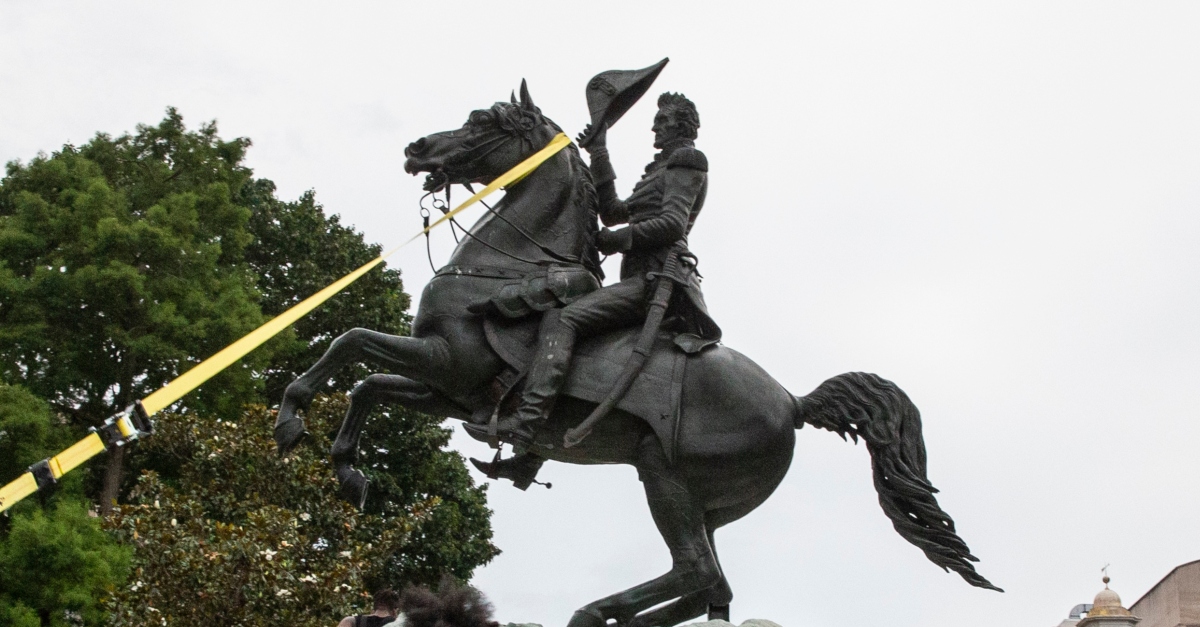 The Department of Justice announced Saturday that four men have been charged with trying to tear down the statue of President Andrew Jackson in Lafayette Square in Washington D.C. by the White House. Each of the defendants face a count of destruction of federal property. Their actions were all caught on tape, and happened amid protests, authorities said.

It’s unclear if they have attorneys in this matter.

“Members of the United States Park Police are working tirelessly to provide quality law enforcement, safeguard lives, protect our national treasures and symbols of democracy, and preserve the natural and cultural resources entrusted to its service,” said Gregory T. Monahan, Acting Chief of the United States Park Police. “We are committed to ensuring that citizens are able to freely exercise their constitutional rights in a safe and peaceful manner. The deplorable acts of violence and destruction of property are unacceptable and will continue to be pursued through ongoing collaborative investigations and enforcement efforts.”